Hello Dear Readers, Its been a while.  Actually longer than you think 'cause I kind of cheated and preloaded a post or two thinking to fool anyone wondering where I was, not realising the joke would be on me and it would be so long before I got to write.

Pete and I took a wonderful trip back to Italy from mid August to mid October; yep two months in all.  We landed in Milan, worked our way down the East coast including Ravenna to see the mosaics which inspired my award winning piece, Arezzo where we attended a joust and Spoletto which I loved. 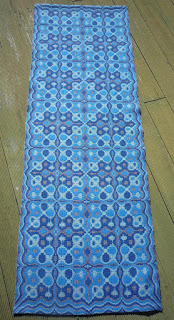 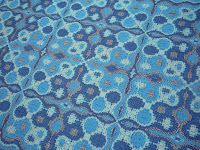 We then trained across country through Rome to Salerno south of the Amalfi Coast.  Salerno offered much to see and do but have to say we did not enjoy our day trip via boat to the Amalfi Coast.  Too crowded, ghastly beaches and nothing of interest to us.

We then spent three weeks on Sicily which we thoroughly enjoyed.  Such things as swimming on Ortigia Island, ice cream and wine festival in Palermo, watching Stromboli volcano erupt and more.  A week in Naples was wonderful and four days in Rome was just enough before heading home via Singapore.

I saw one wool shop in Ferrara, the second town we visited, and was told no one does weaving anymore.  Unlike a previous visit to Tuscany I never found another yarn related activity until we were back in Rome where I found a wonderful shop (almost a warehouse) and a 1.25 kilo cone of fine merino may have found its way into my suitcase.

And a man in the seat behind us coughed from Rome to Singapore and, of course, I developed the virus soon after getting home which laid me up for a month.  It left me so lethargic I wouldn't have cared if I touched my loom ever again.  Slowly getting my mojo back thank goodness.  (I'm told a salt nasal spray helps prevent these bugs.) 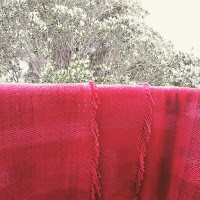 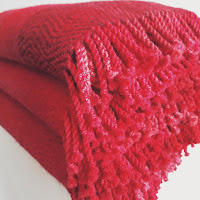 My first priority on getting better was blankets for Pauanesia as I heard a rumour they had sold out.  Pohutukawa and Coromandel Seascape were the briefs I had to work on.  These were the very first colourways I did for Pauanesia maybe 15 years ago and they're still popular. 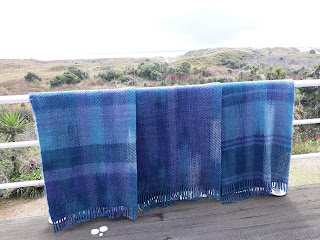