We took a bus trip from Split to Fort Klis which would have been even more interesting than it was if a film crew hadn't been preparing to shoot an episode of Game of Thrones the next day.  Just our luck.  Some parts we couldn't get to at all and others said No photographs.  If you're a fan and interested click on the pic below to see some of the props lying on the ground.  Not to be a spoiler but I did see a crate with "someone or other's wedding" written on the side.  (Obviously I don't follow the series.) 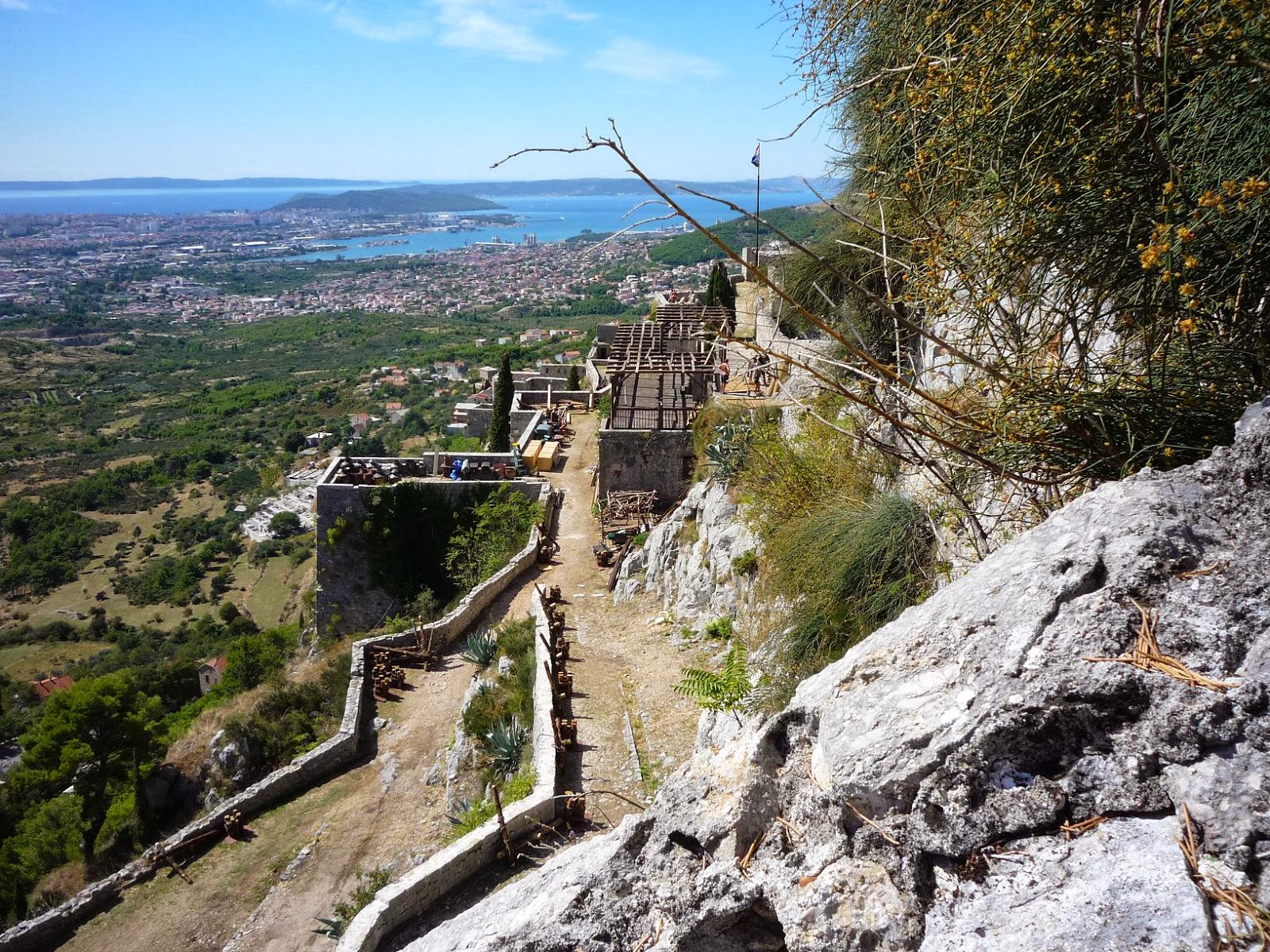 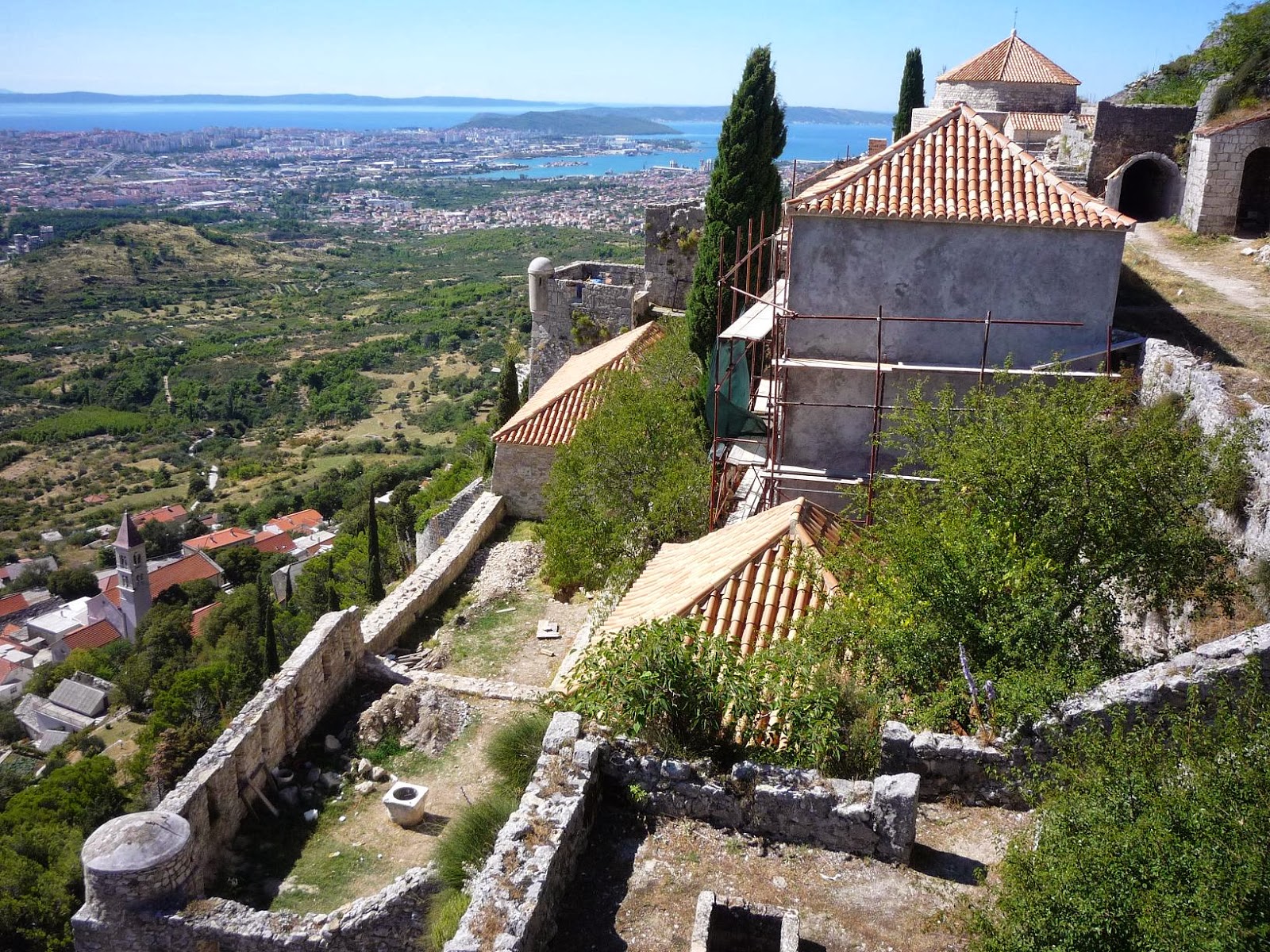 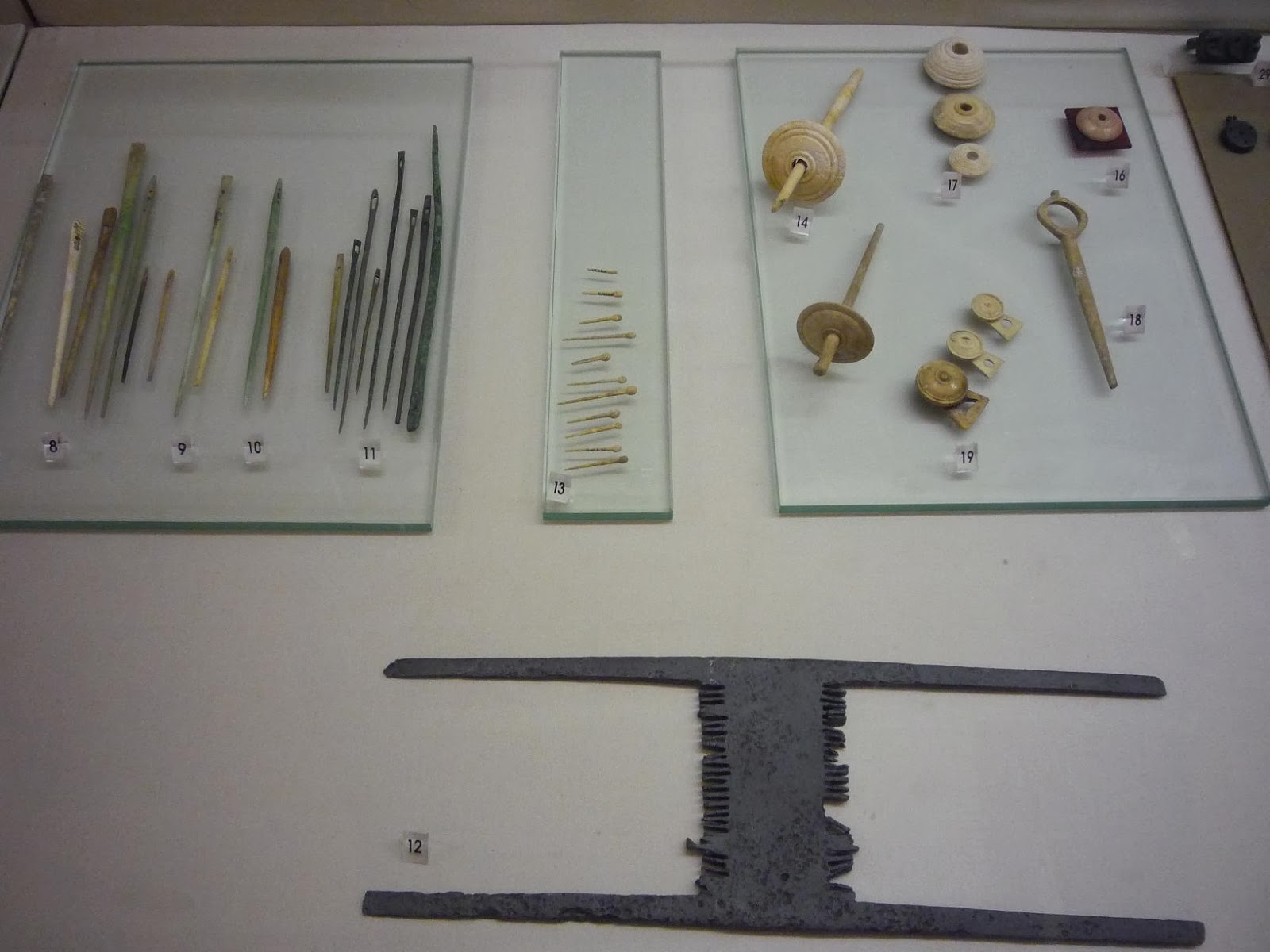 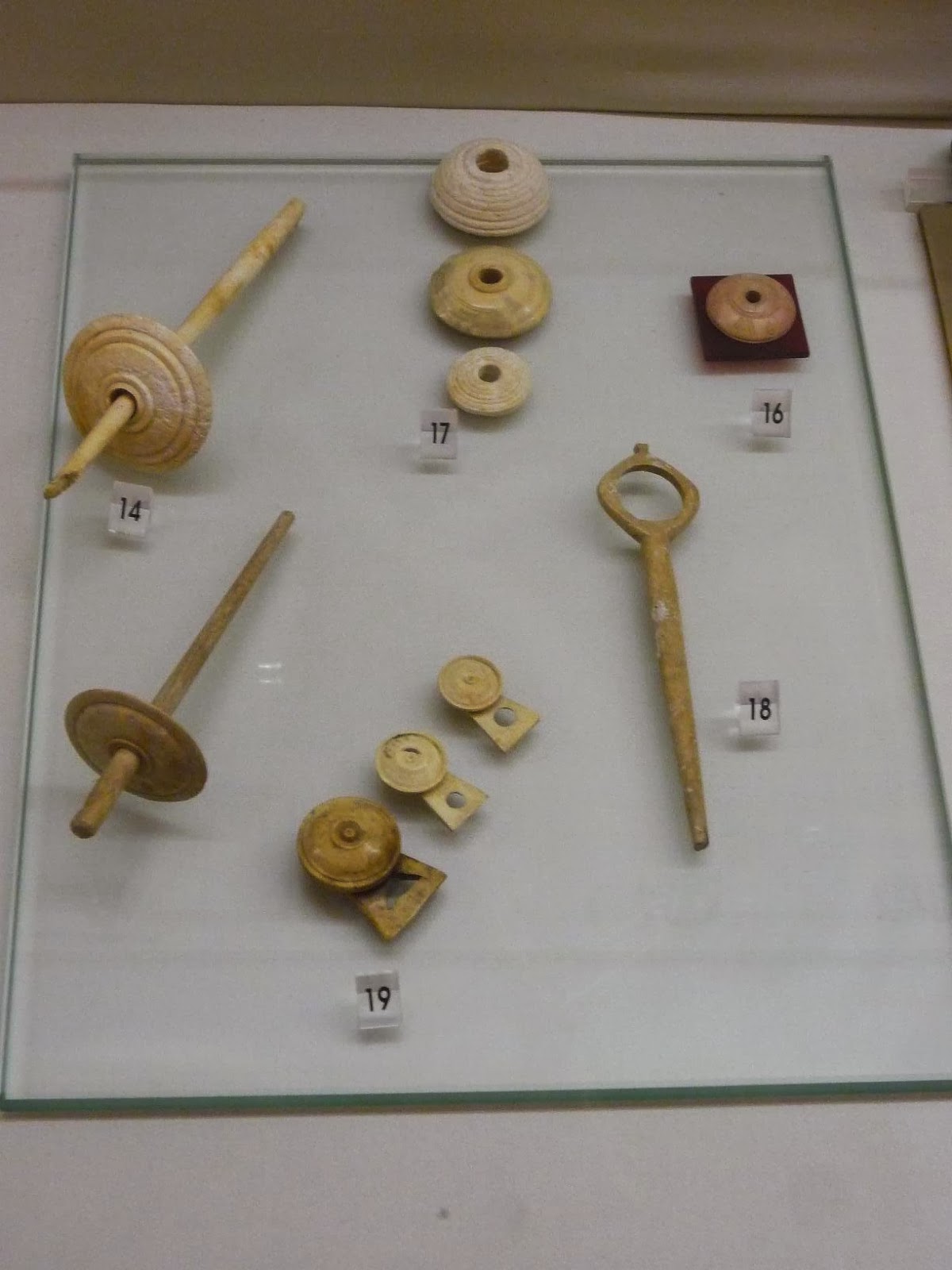 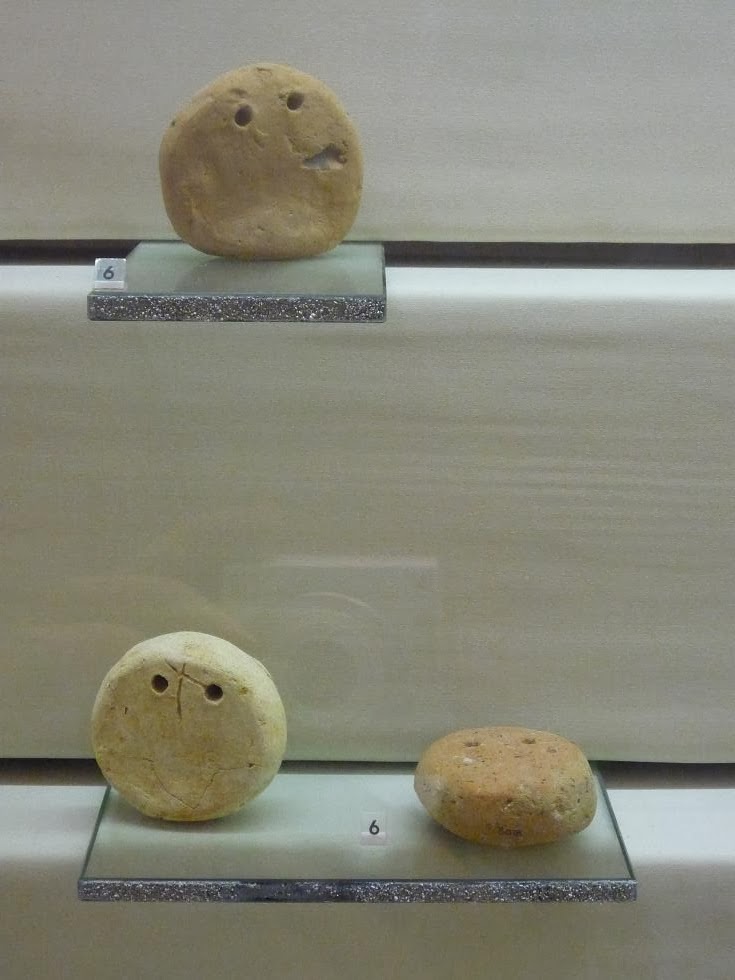 The third week we stayed a couple of nights in Trogir, north of Split, then to the island Hvar for one night then caught a ferry to Korcula island which we loved.  Interesting that many Croatian families who settled in New Zealand early last century came from Korcula. 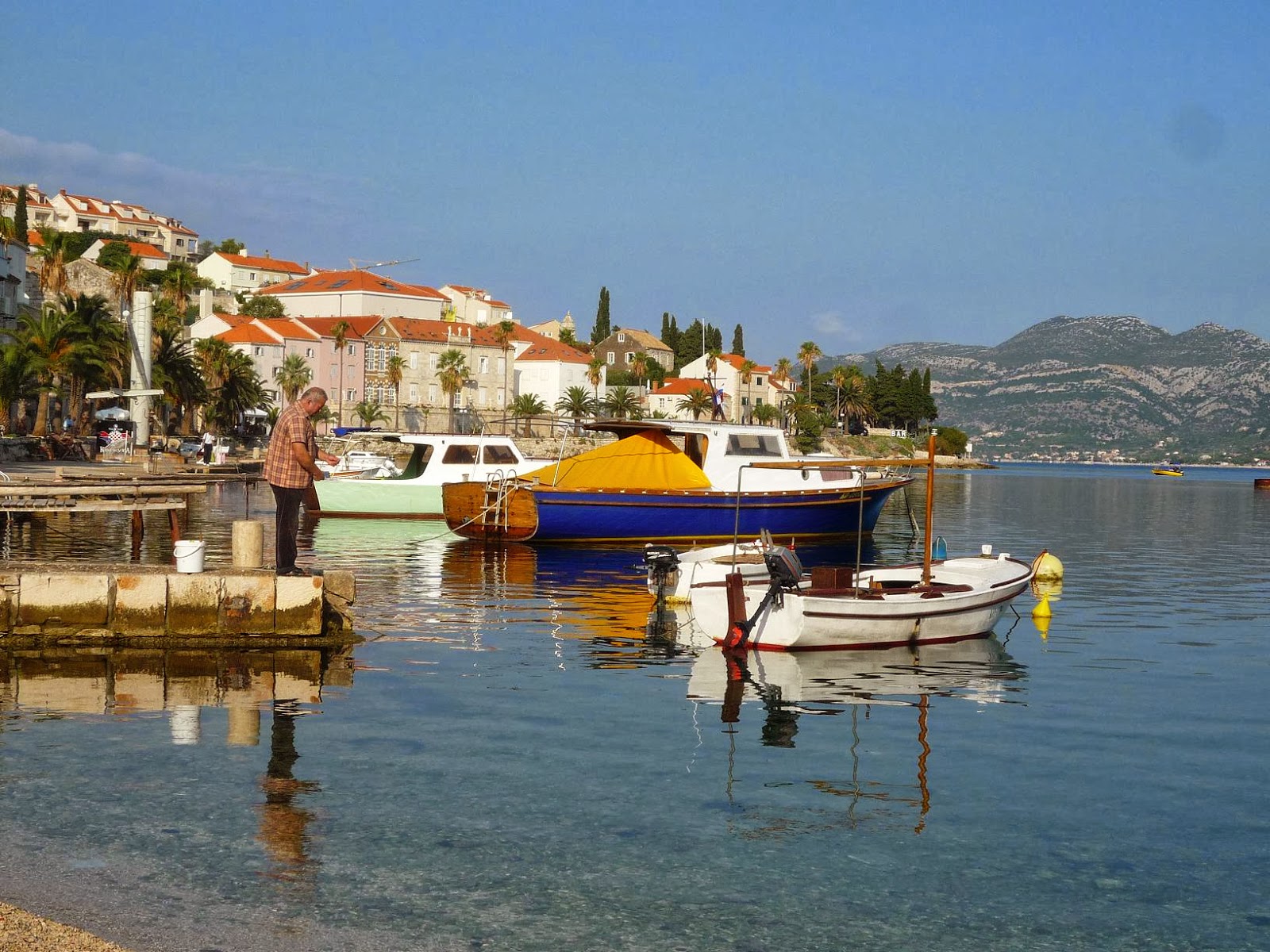 After four nights in Dubrovnik and one in Mokarsha we were sadly saying farewell to Croatia and back on the overnight ferry to Italy.

First stop was a city in the hills called Perugia where I had an appointment with Marta to see through her Laboratorio of weaving.  Lovely lady and enjoyable visit which I'll talk about in another post.  Despite it being cooler and wet and thundery we really enjoyed Perugia and the old buildings. 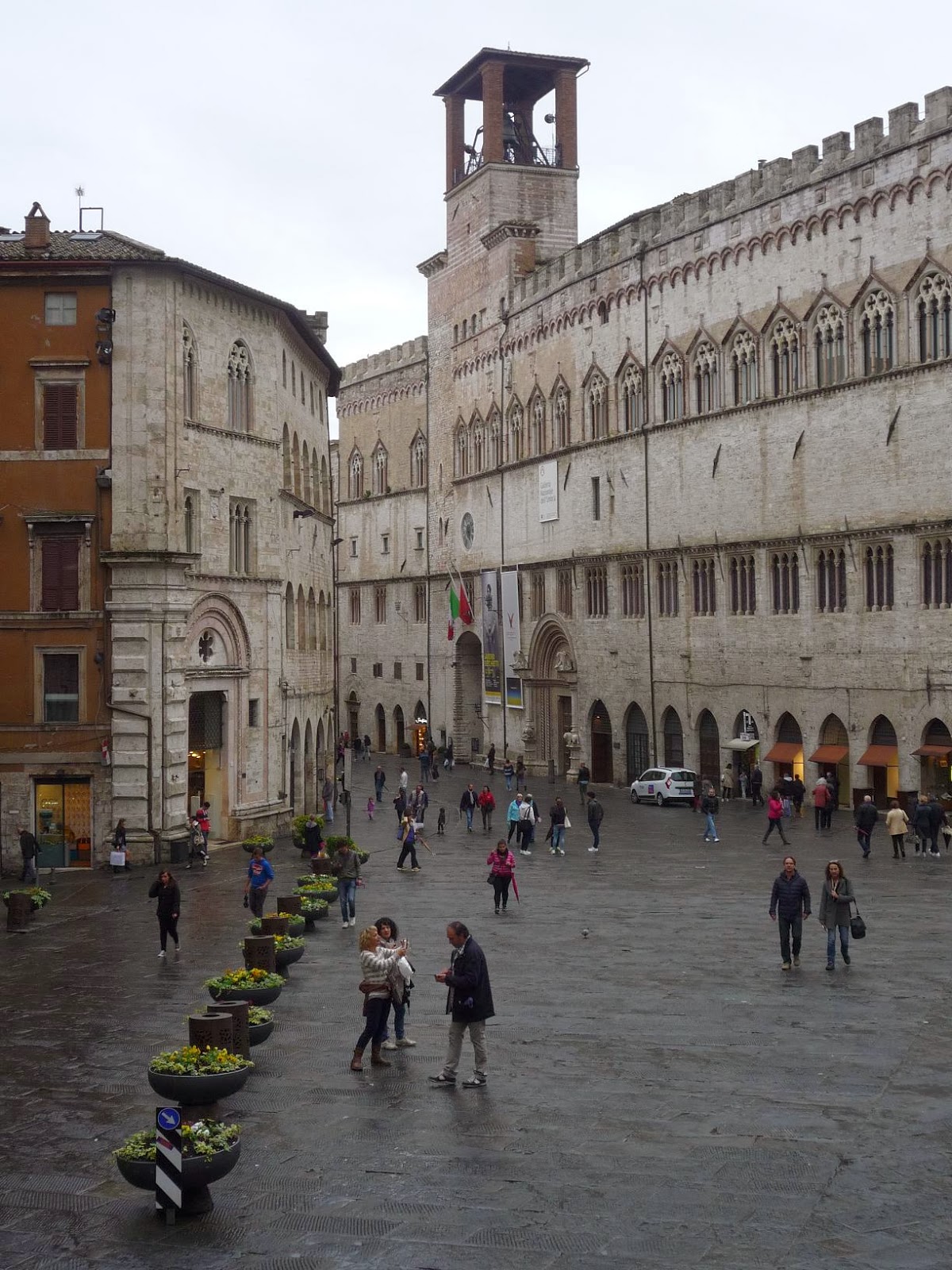 Then we hit Rome.  What can I say, its lost its charm.  Too crowded, too many umbrella sellers, dirty, neglected.  But we walked the Appenine Way in the footsteps of the ancients,  we visited the Baths of Caracalla, awe inspiring.  I had a strange experience at the Colosseum in that when we climbed to the top and looked down on the auditorium I couldn't stop shaking and felt really nauseous - it cleared as soon as we walked down the stairs.
We were disappointed that the Mausoleum of Augustus was not only neglected but not open. 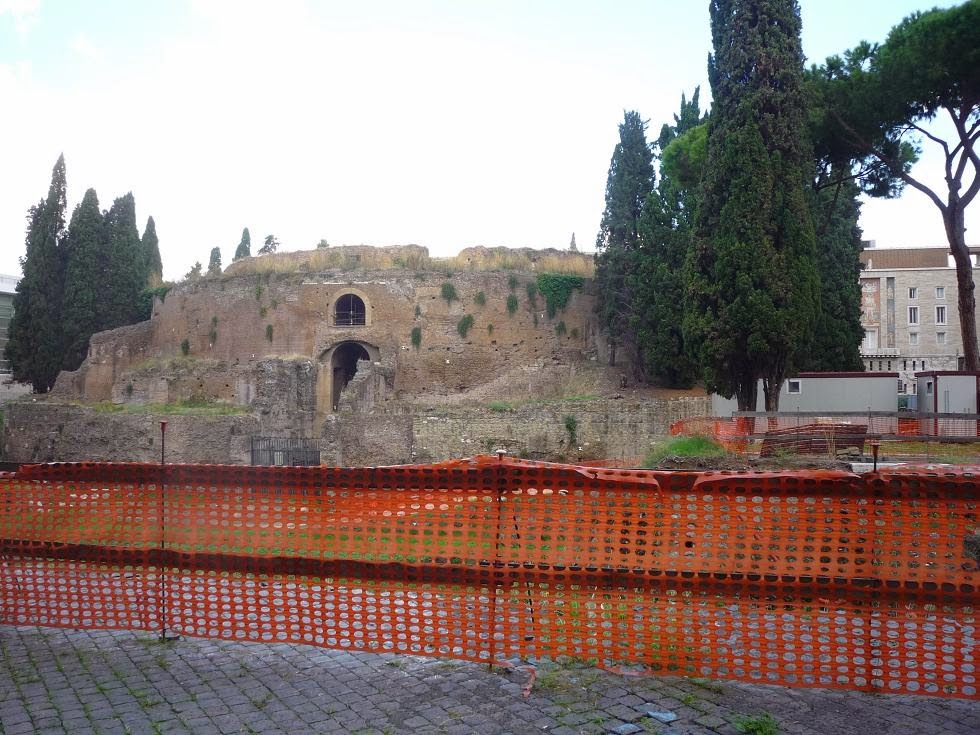 However, we did see through Augustus's house on top of Palatine Hill but, unfortunately, Livia's House nearby was closed.  A few years ago the frescos from Livia's House were removed and are now on

display at one of the many museums and it was the one we happened to visit. 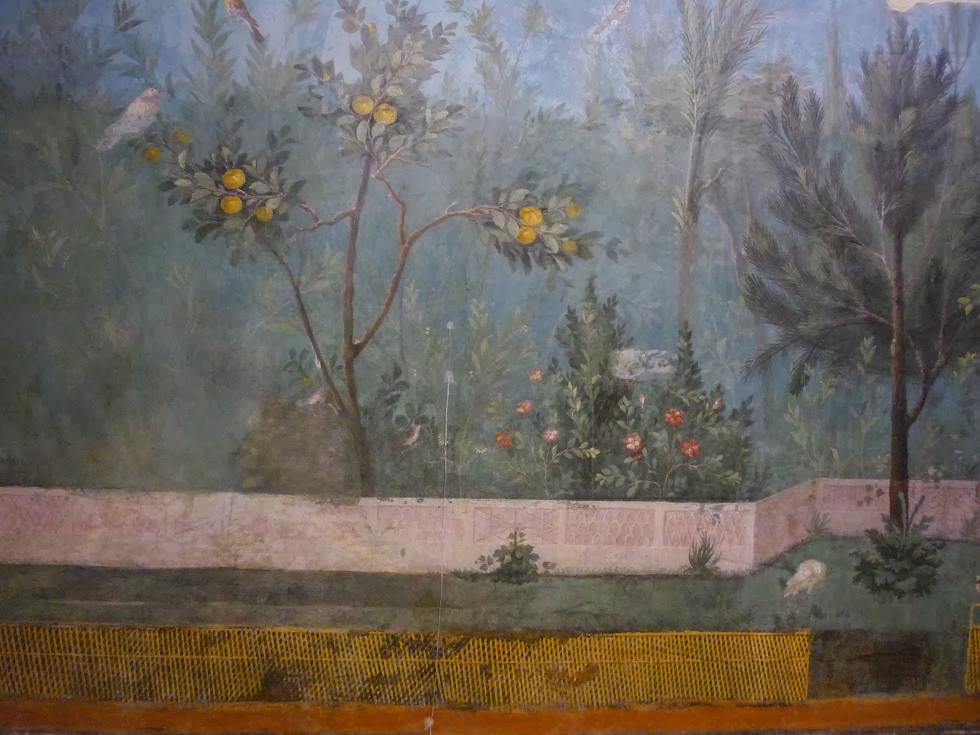 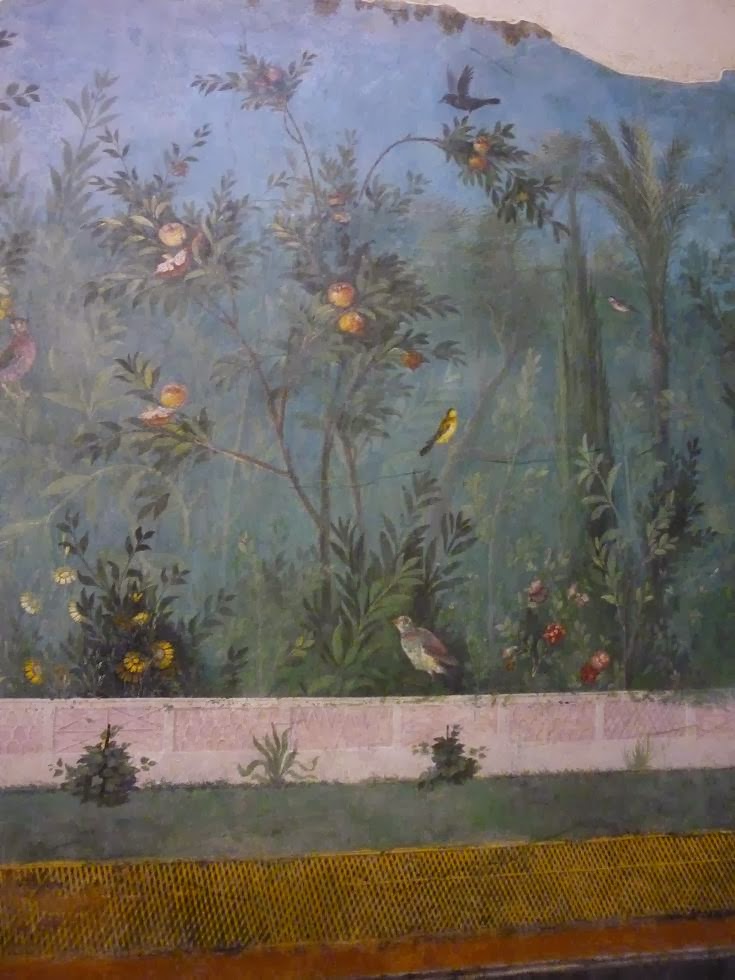 Final stage of the trip was a stopover in Singapore where we saw an exhibition of work of some of the world famous artists:  Botticelli, Rembrandt, Van Dyck, Monet, Renoir, Modigliani, Picasso and more.  A fitting end to a very full and exciting 5 weeks.
Posted by Dianne at 8:18 AM 1 comment:

We took an overnight ferry from Ancona to Split arriving early morning. 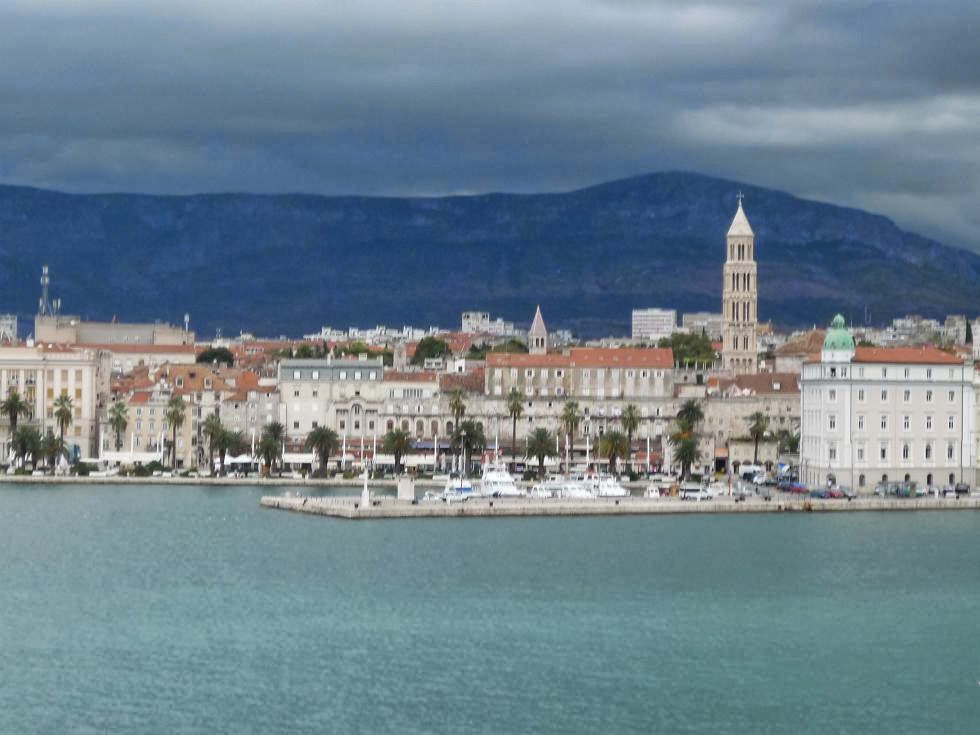 First view of Split from the ferry. 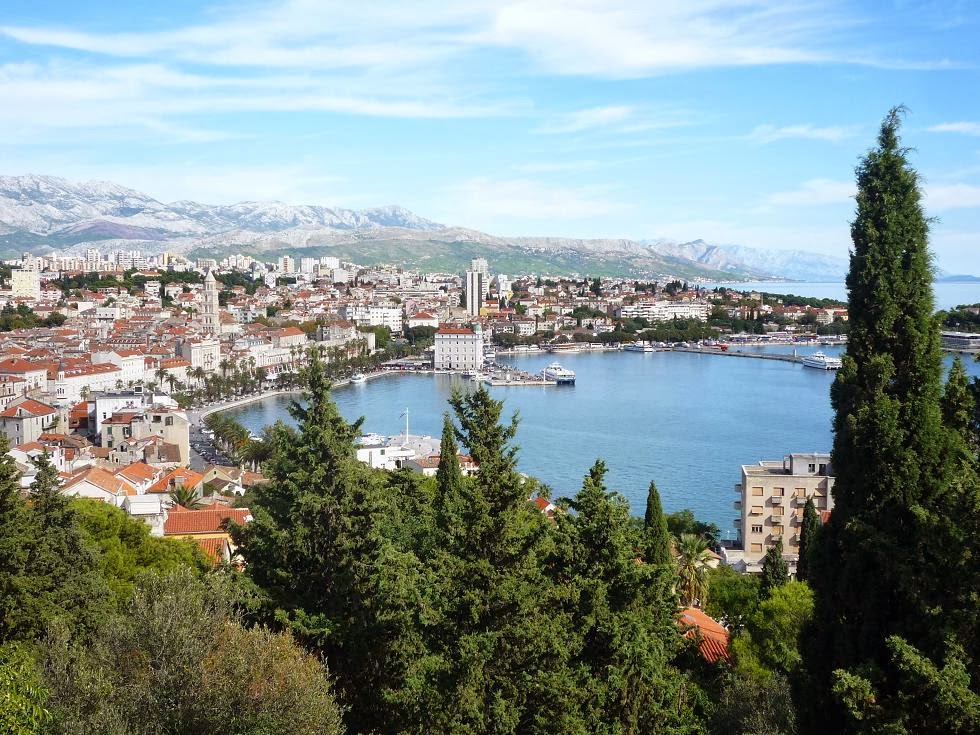 Peter is very impressed with the layout of the Split harbour.  Very wide promenade area amongst the palms.  Plenty of room for cafes and restaurants to have tables.  Cruise boats, commercial activity to the south, protected area for small craft to the north and beyond that the big yachts tie up.

After nearly two weeks away from my looms Split Ethnographic Museum provided me with a much needed fibre fix. 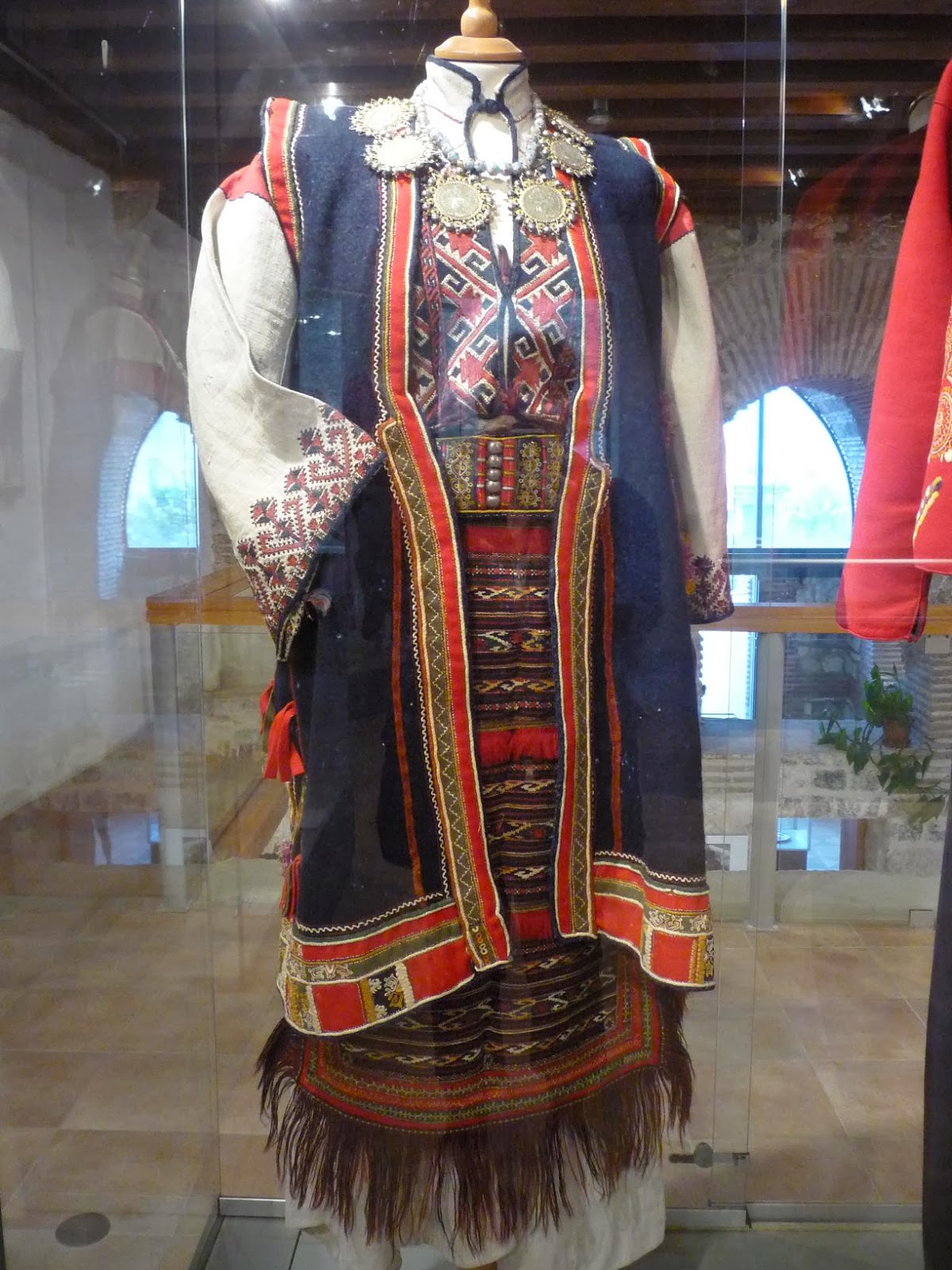 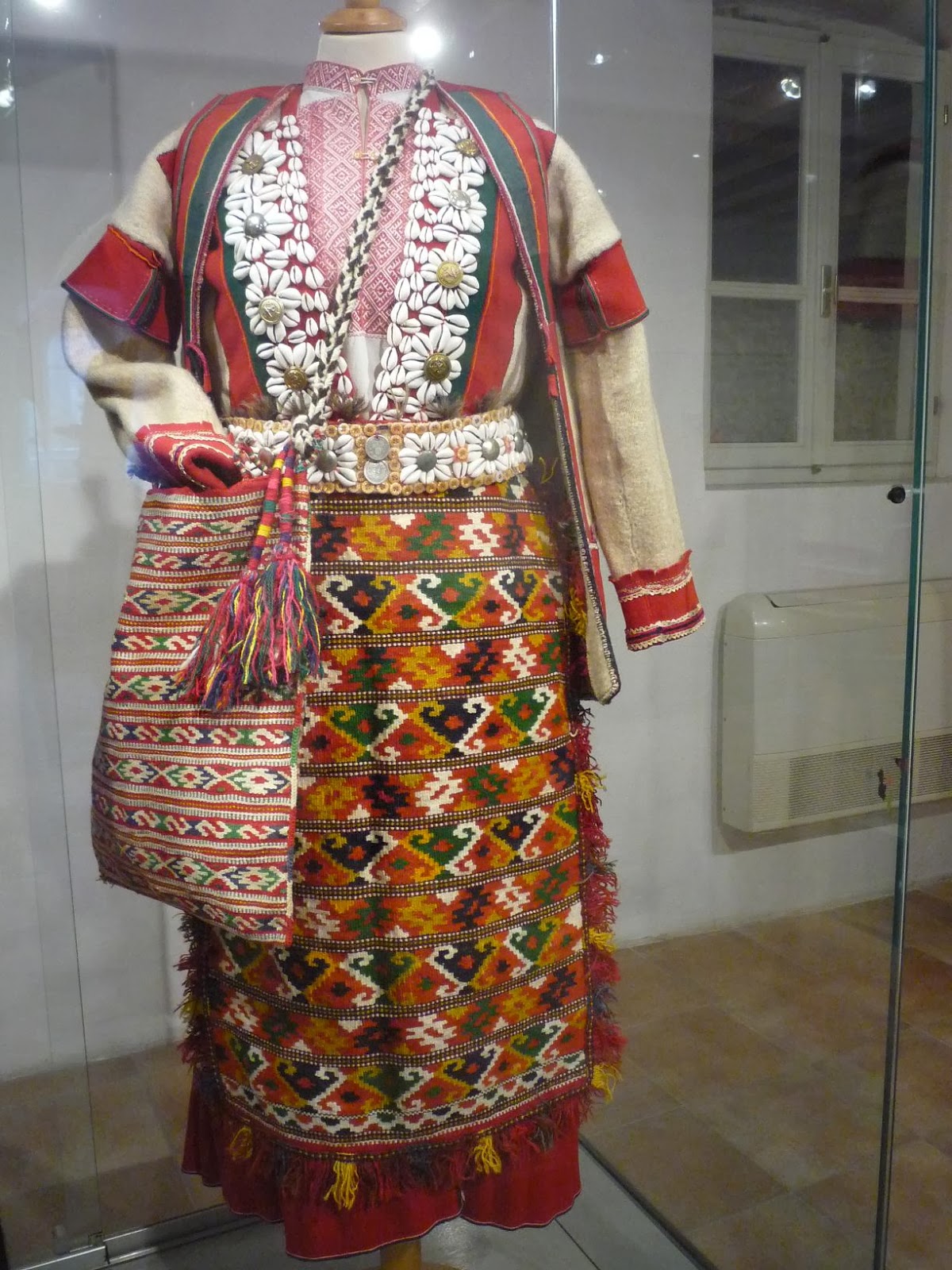 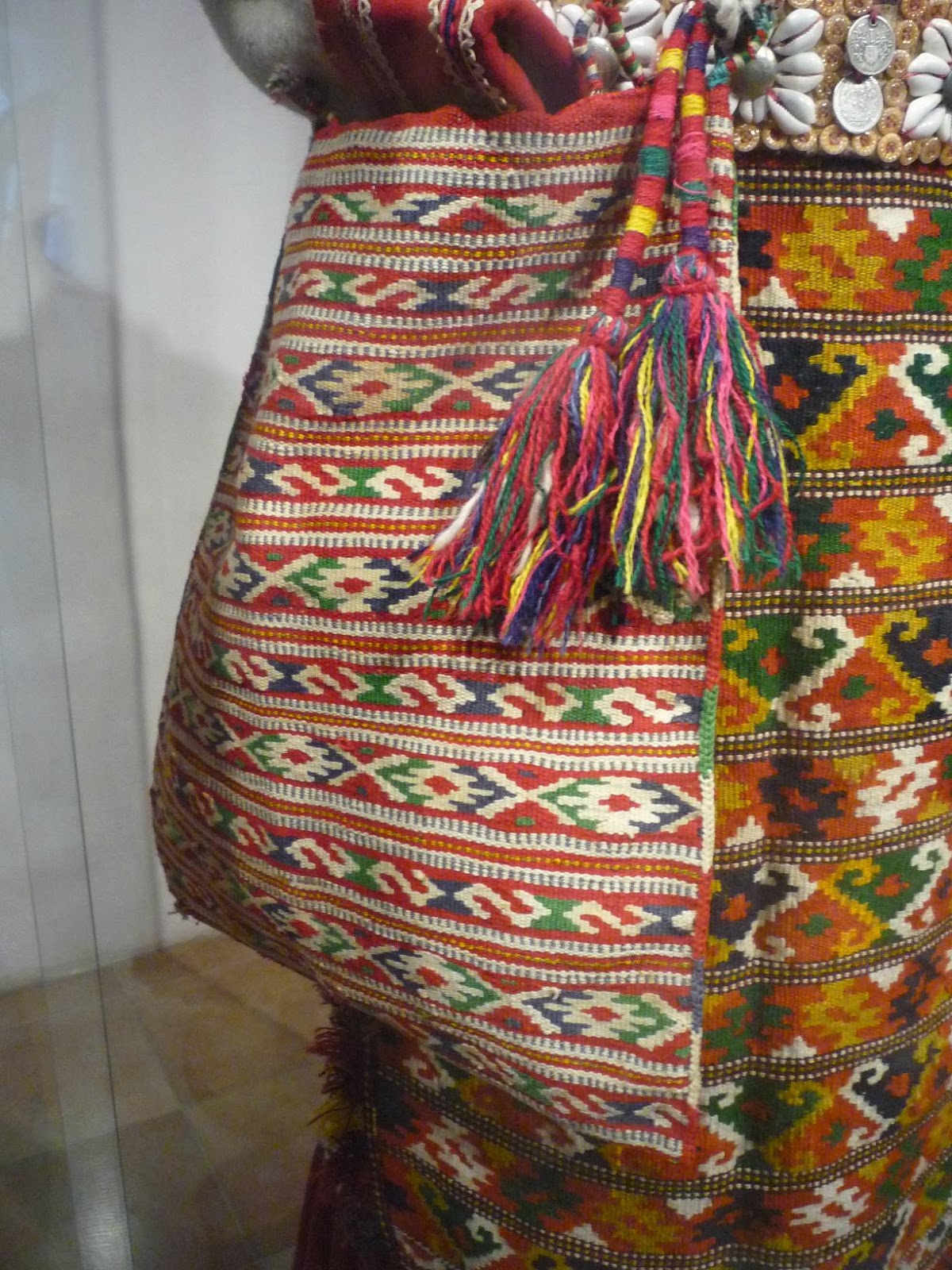 Close up of bag from above 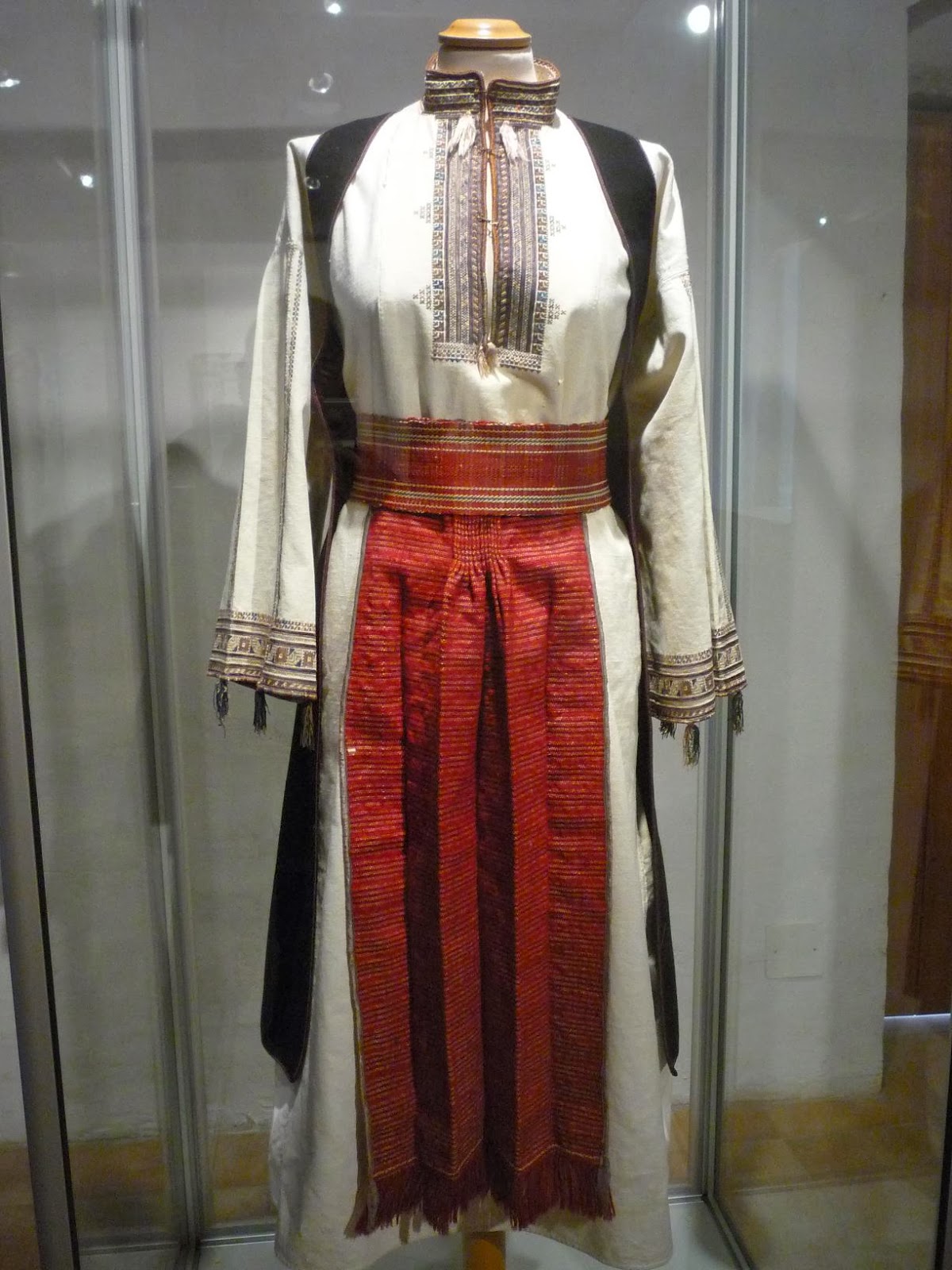 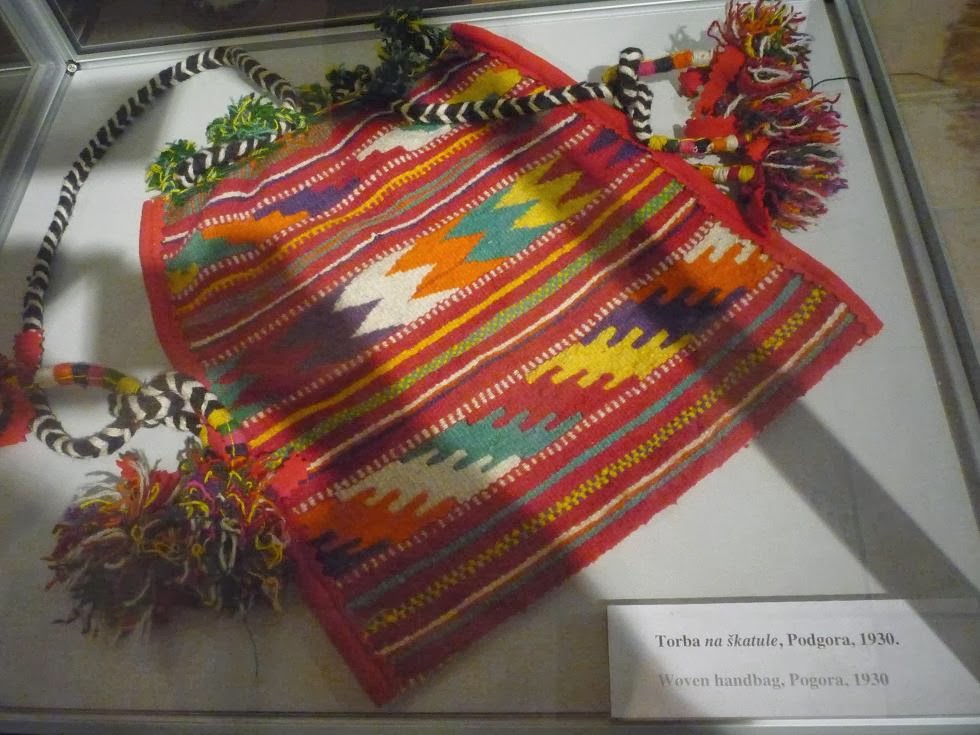 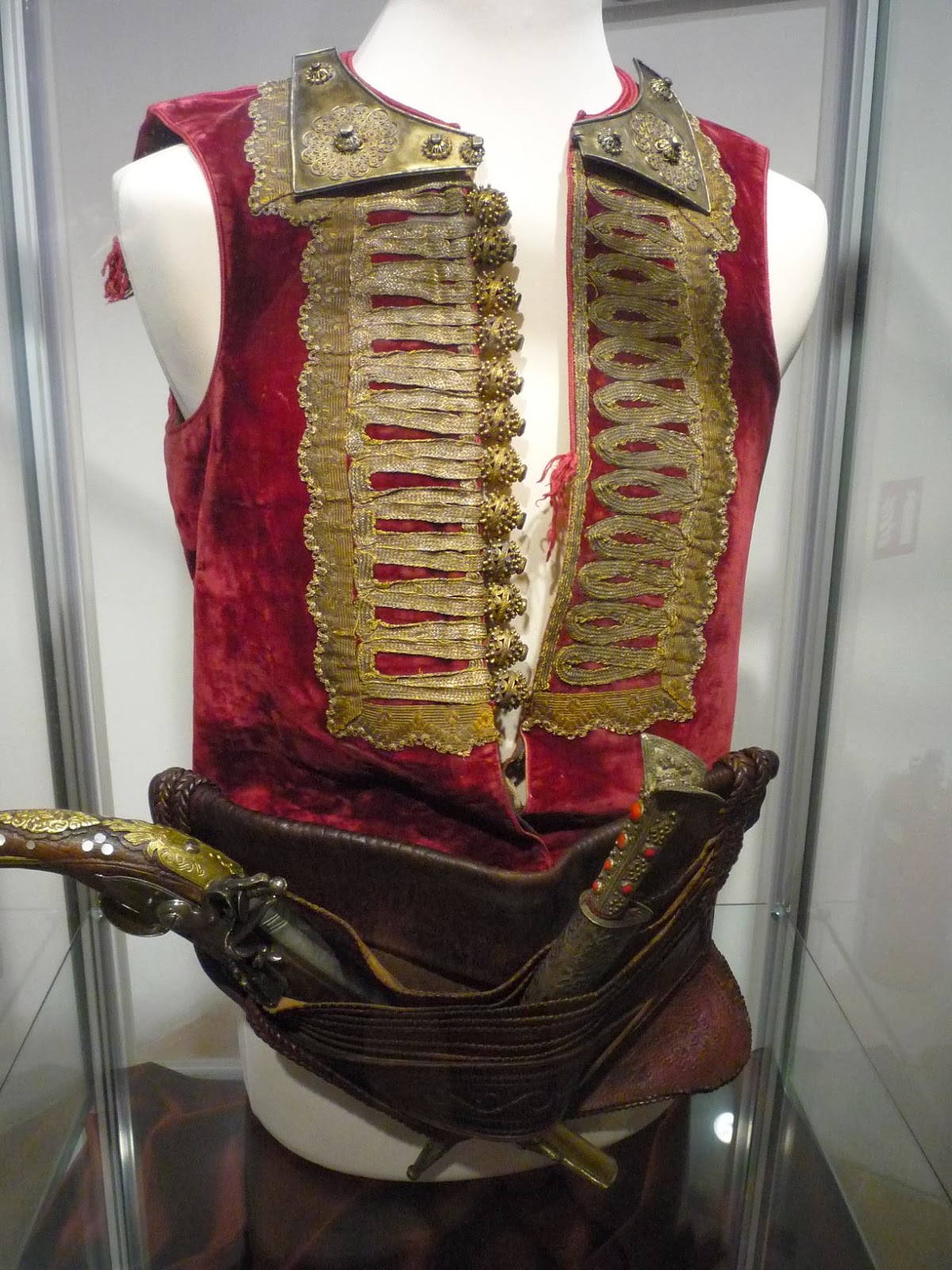 and one for the men. 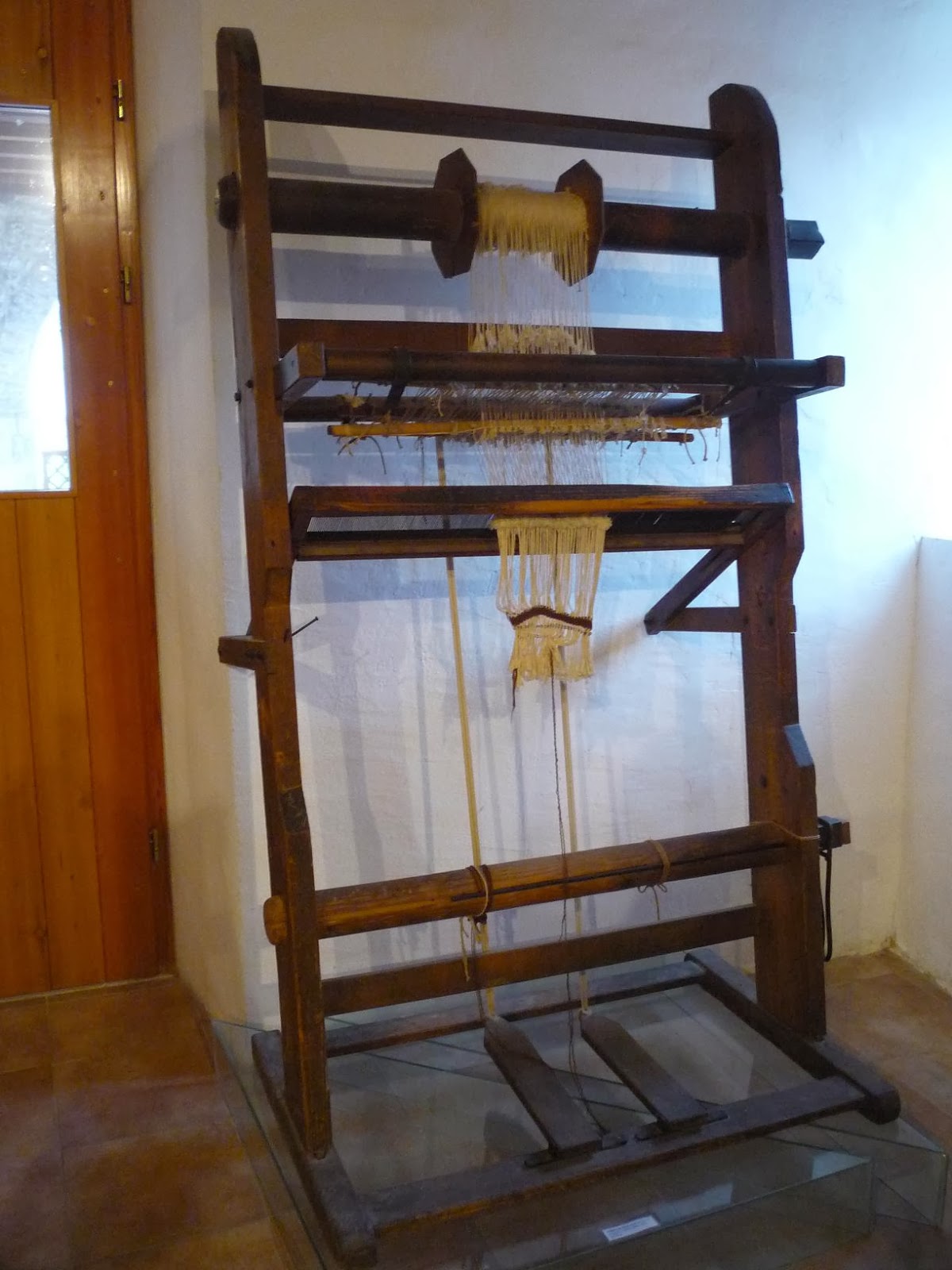 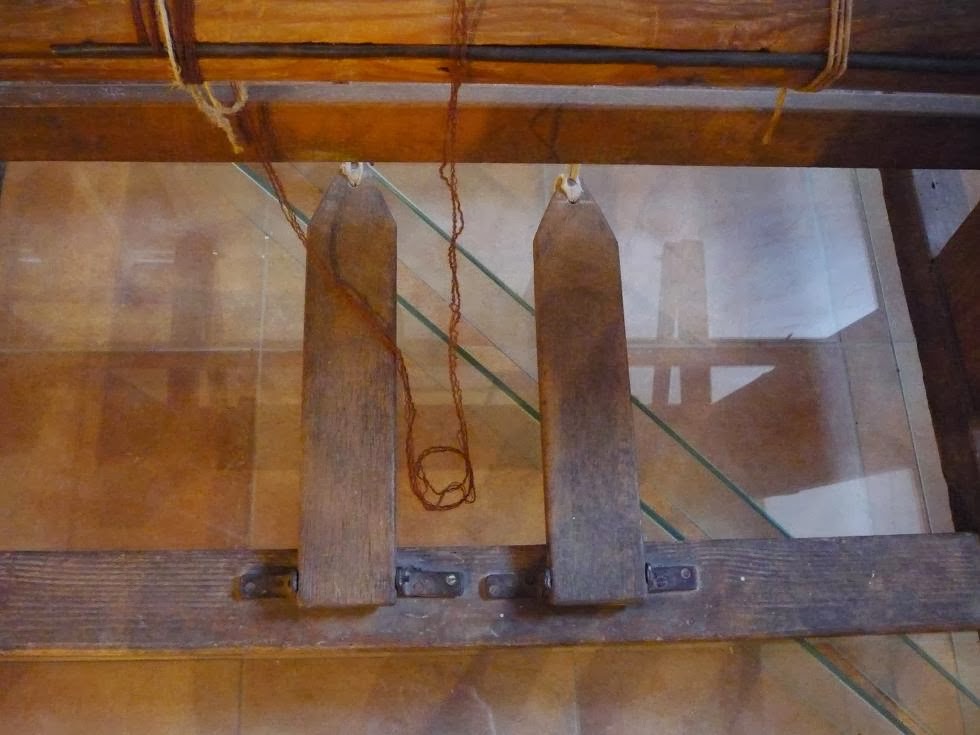 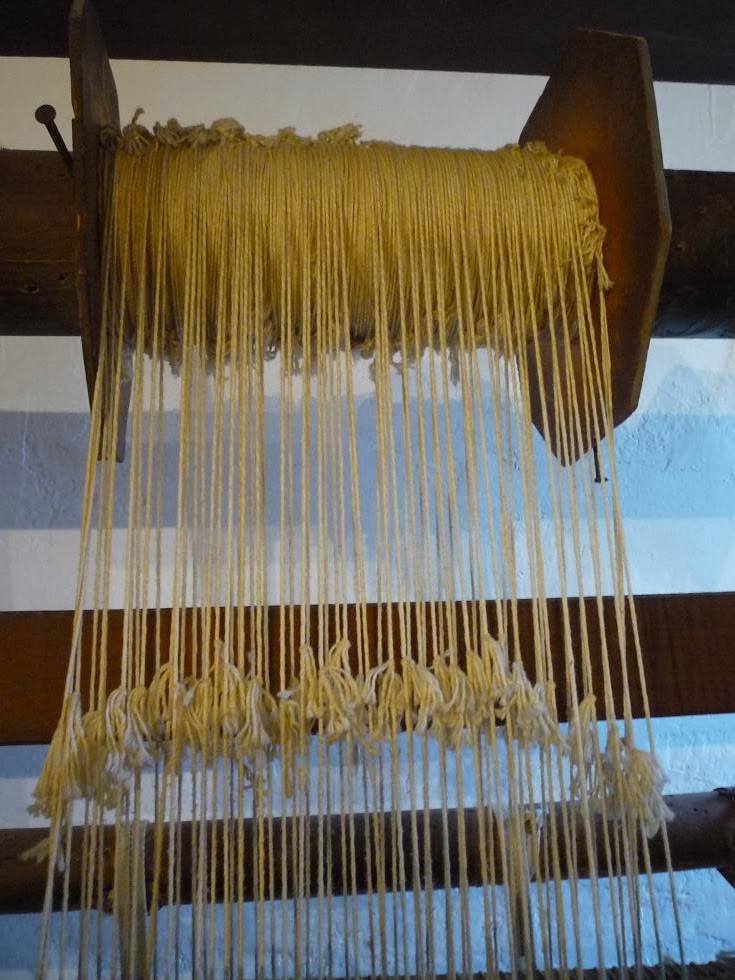 Much tying on has been done. 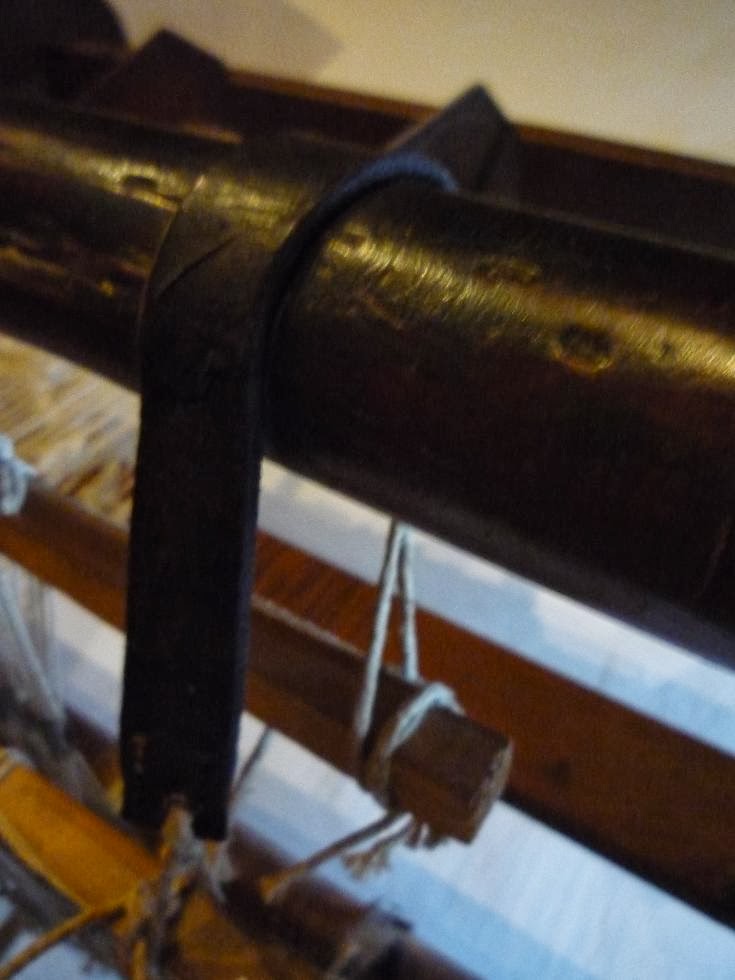 Sorry its out of focus.  Leather straps go over the two shafts which are controlled by lams, rolling over the shaft, one up, one down. 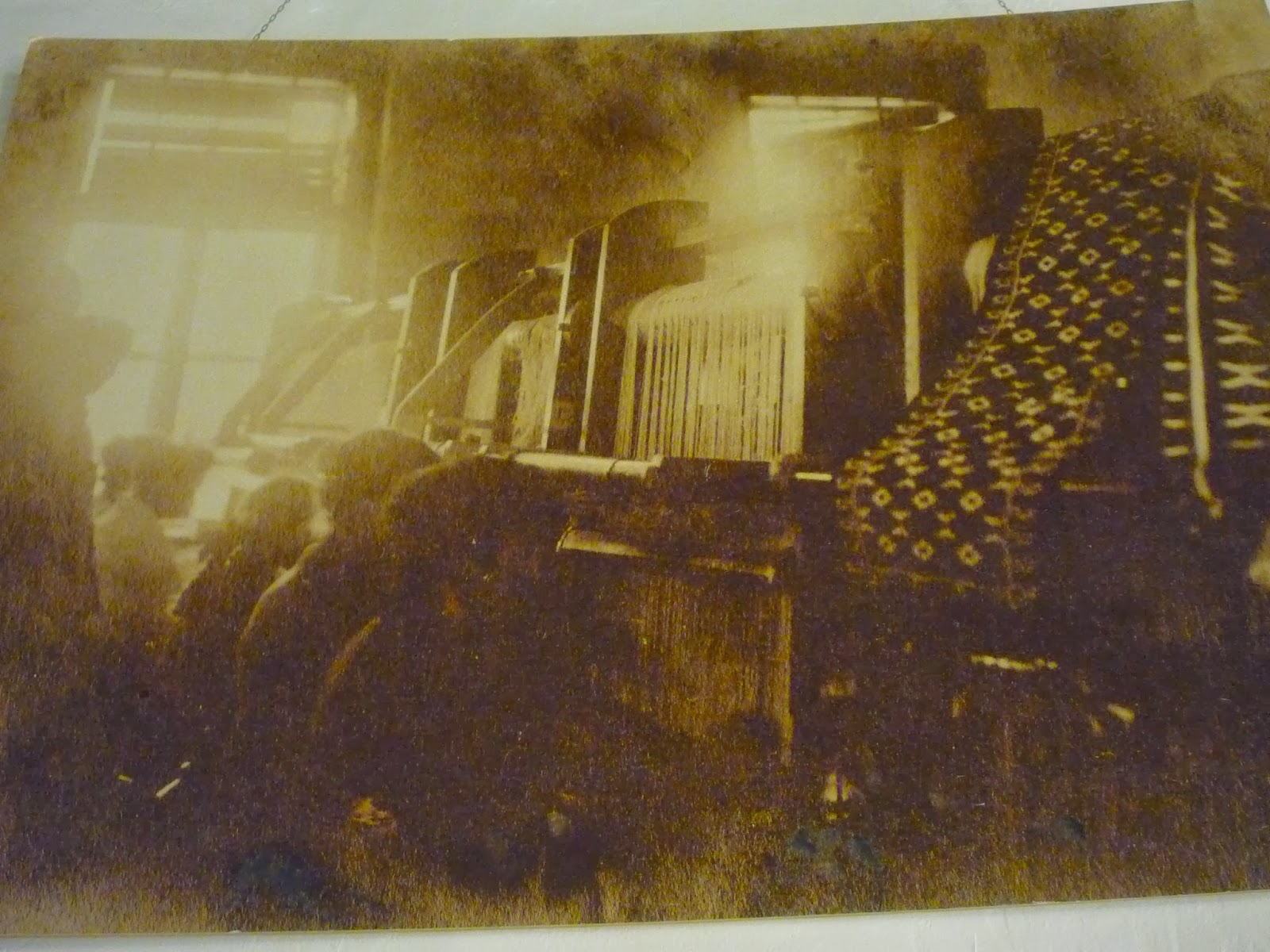 Photo of an enlarged photo of ladies working at rug looms. 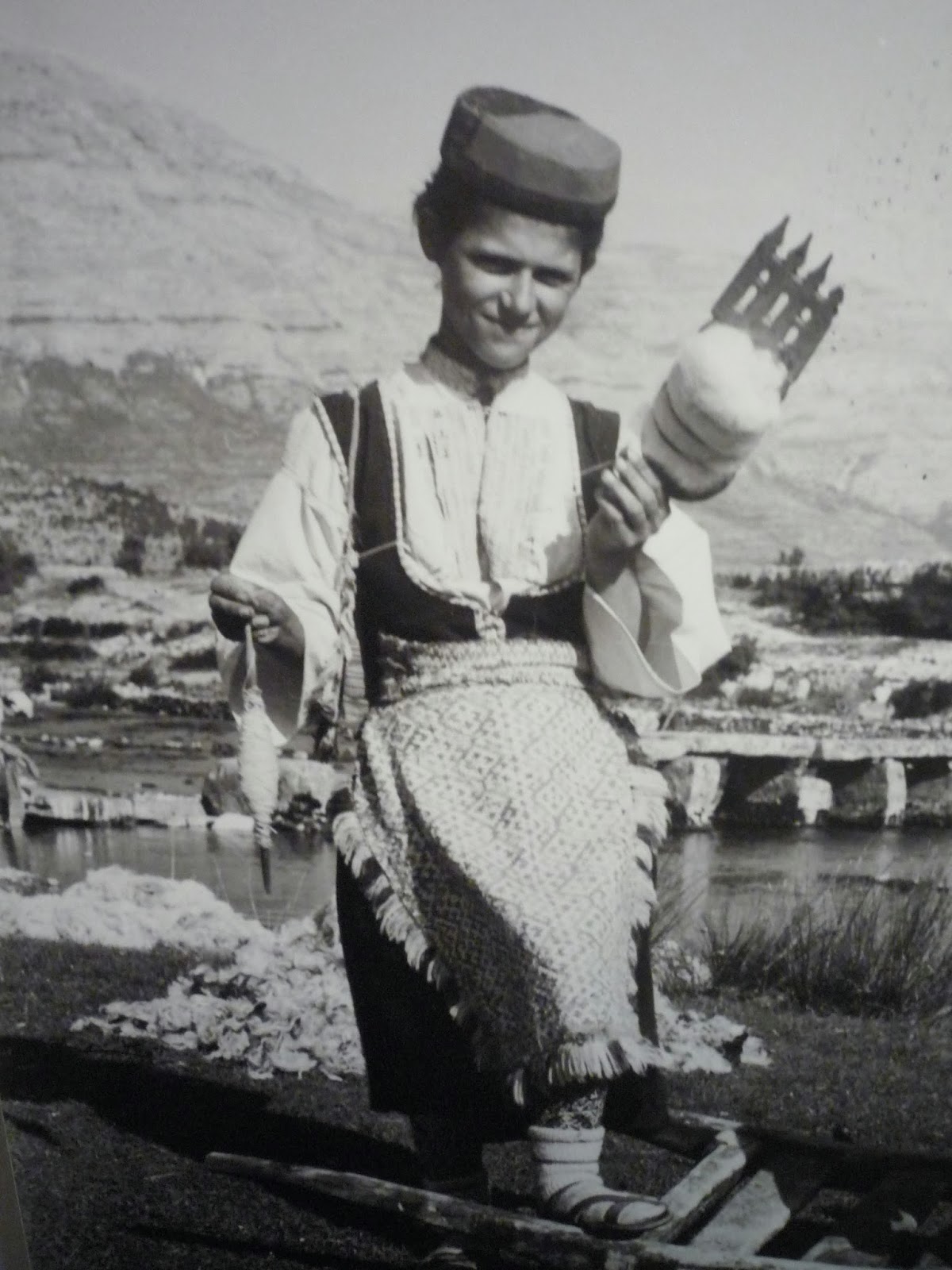 Wee girl with spindle and fleece attached to paddle.
Posted by Dianne at 2:39 PM No comments:

Part one.
Well, I said I'd be back mid October and sure enough the stats show a spike in blog views so I better tell you all what I've been doing.  In a word - travelling.  Our bi-yearly trip to Europe.  This time we took in Croatia and Rome with a few side excursions.

We started with two nights in Singapore to break the travel into two 10-11 hour stints per leg.  I found what was my favourite yarn store (Golden Dragon) and spent time browsing the shelves and book stands so I could plan for our return.  In the end there was no stash enhancement and the shop has gone down the list of favourites.

We visited Raffles Hotel and had a good wonder around but one little mooncake was $68 so no cup of tea but I can say I've had a pee at Raffles! 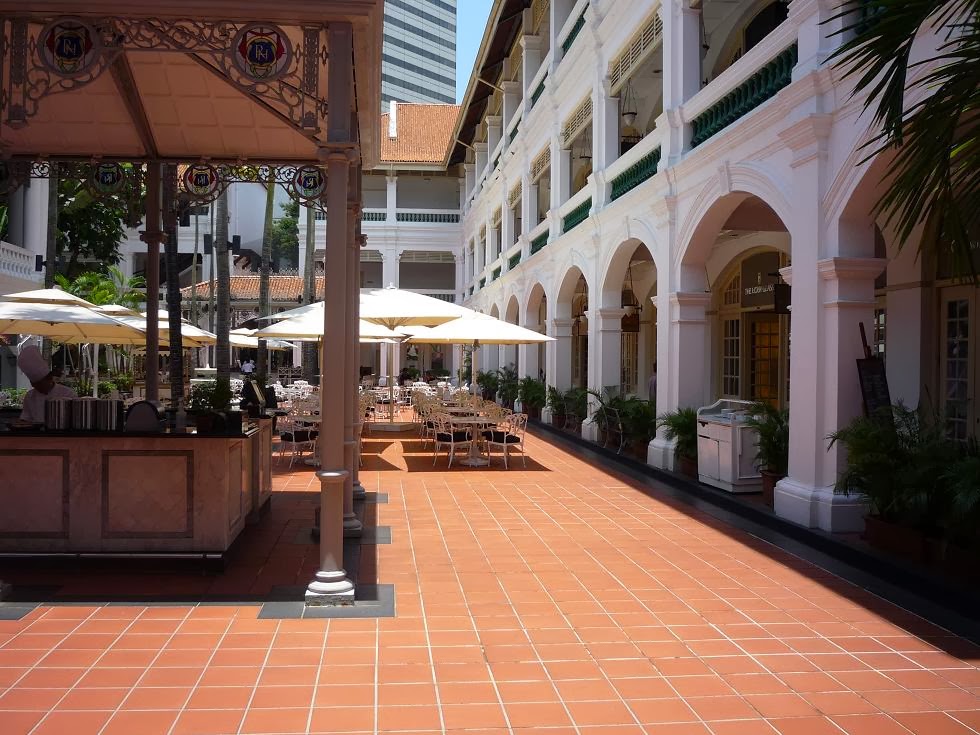 Flew on to Rome with a stop at Doha.  The air at Doha, even in the middle of the night was hot and thick, just like pea soup.  How they are going to hold the soccer world cup there I don't know.  In Rome we got straight on to a train to Orvieto, a small city in the hills of Umbria, to regroup before training on to the coast and taking a boat to Split, Croatia.  Orvieto has been populated since Eutruscan times and we enjoyed delving into its history.  The Duomo (cathedral) has a spectacular fascade which is much appreciated by the older residents.  They would come into the piazza at sunset and sit and look, natter and socialise. 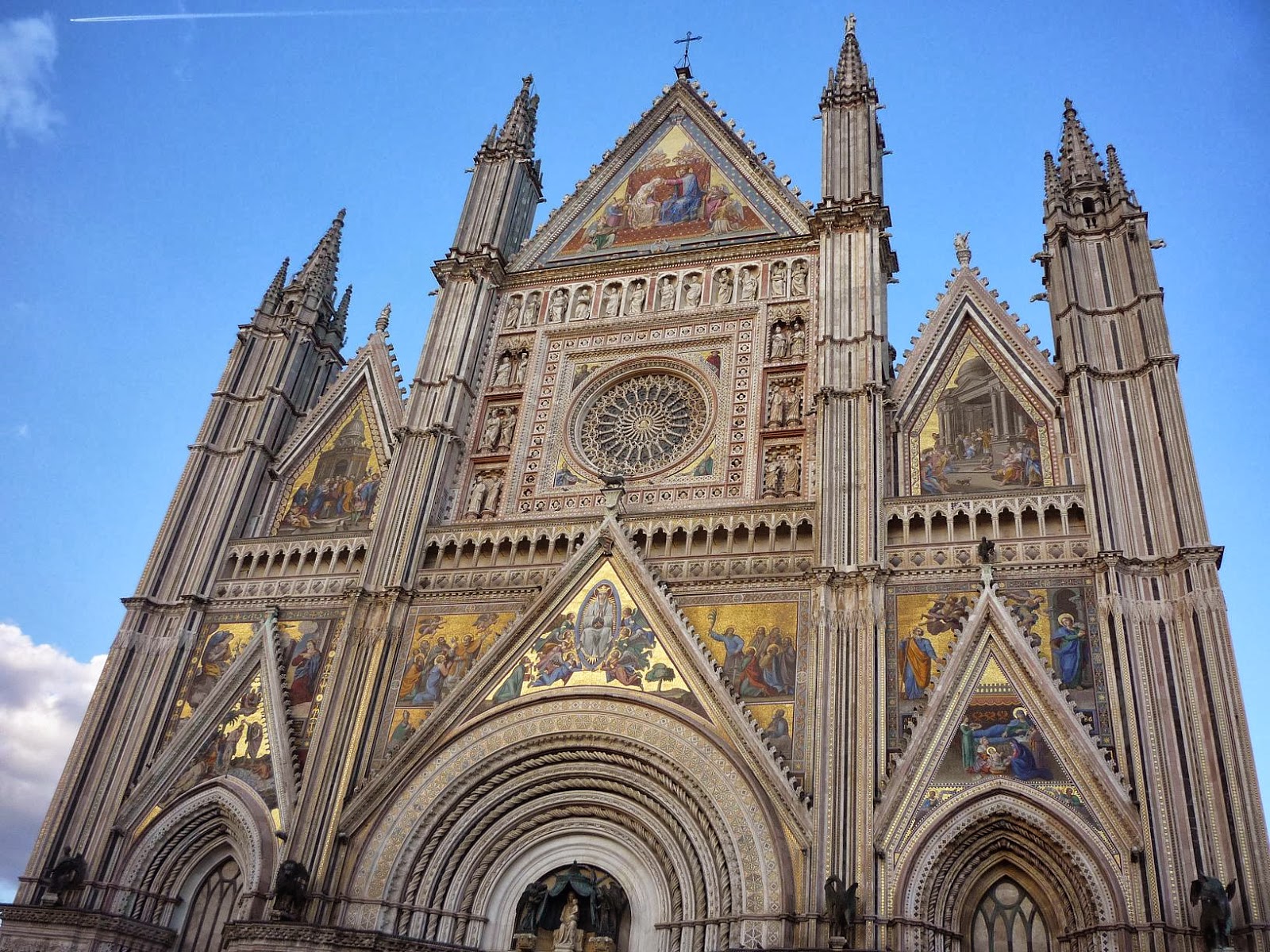 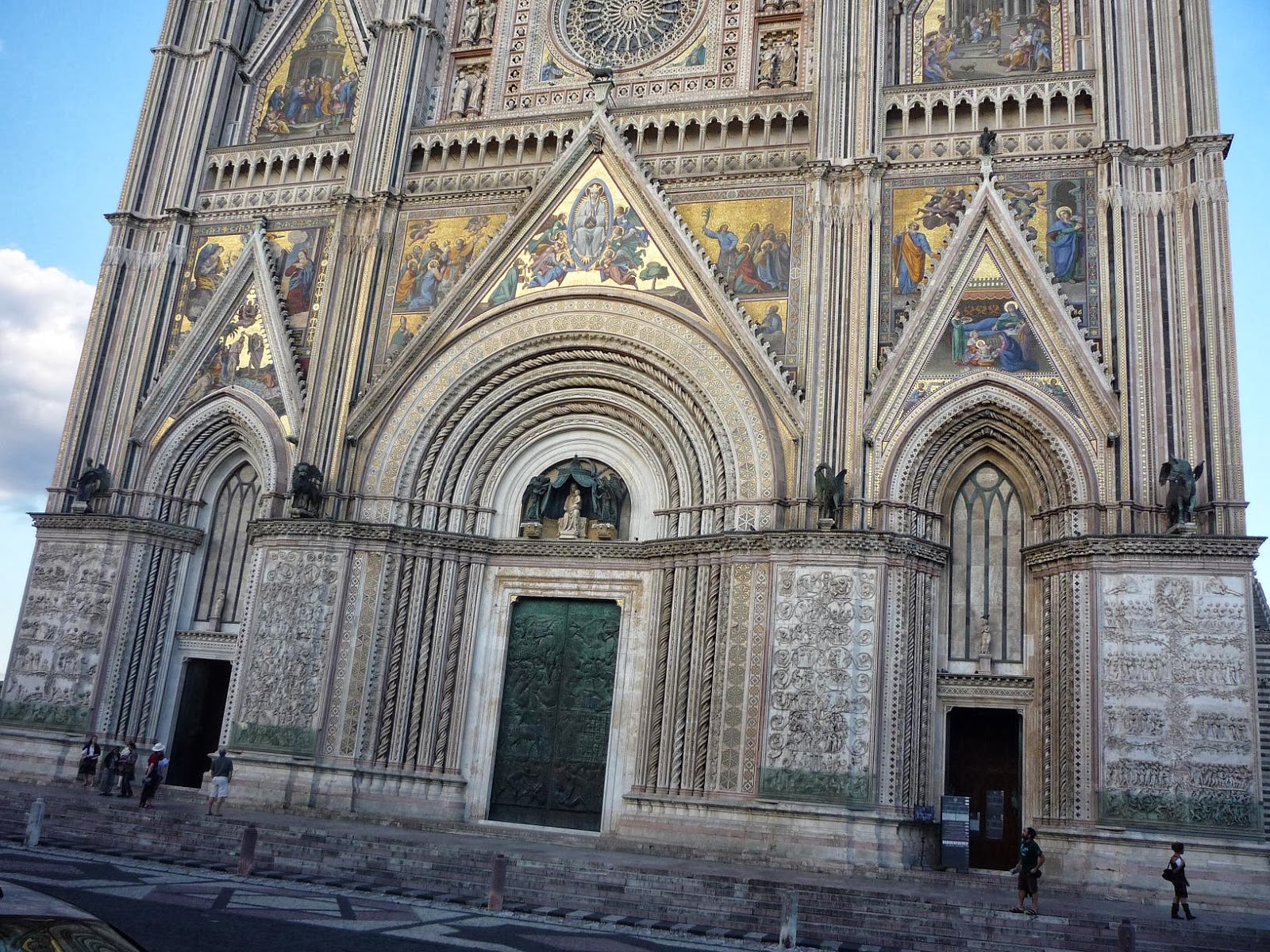 Another monument we explored was the Pozzo di S. Patrizio, a well built for the Popes at the time of the sack of Rome in 1527.  The central well shaft is surrounded by ramps in a double helix designed for one way traffic so that mules laden with water jars could pass down then up unobstructed. 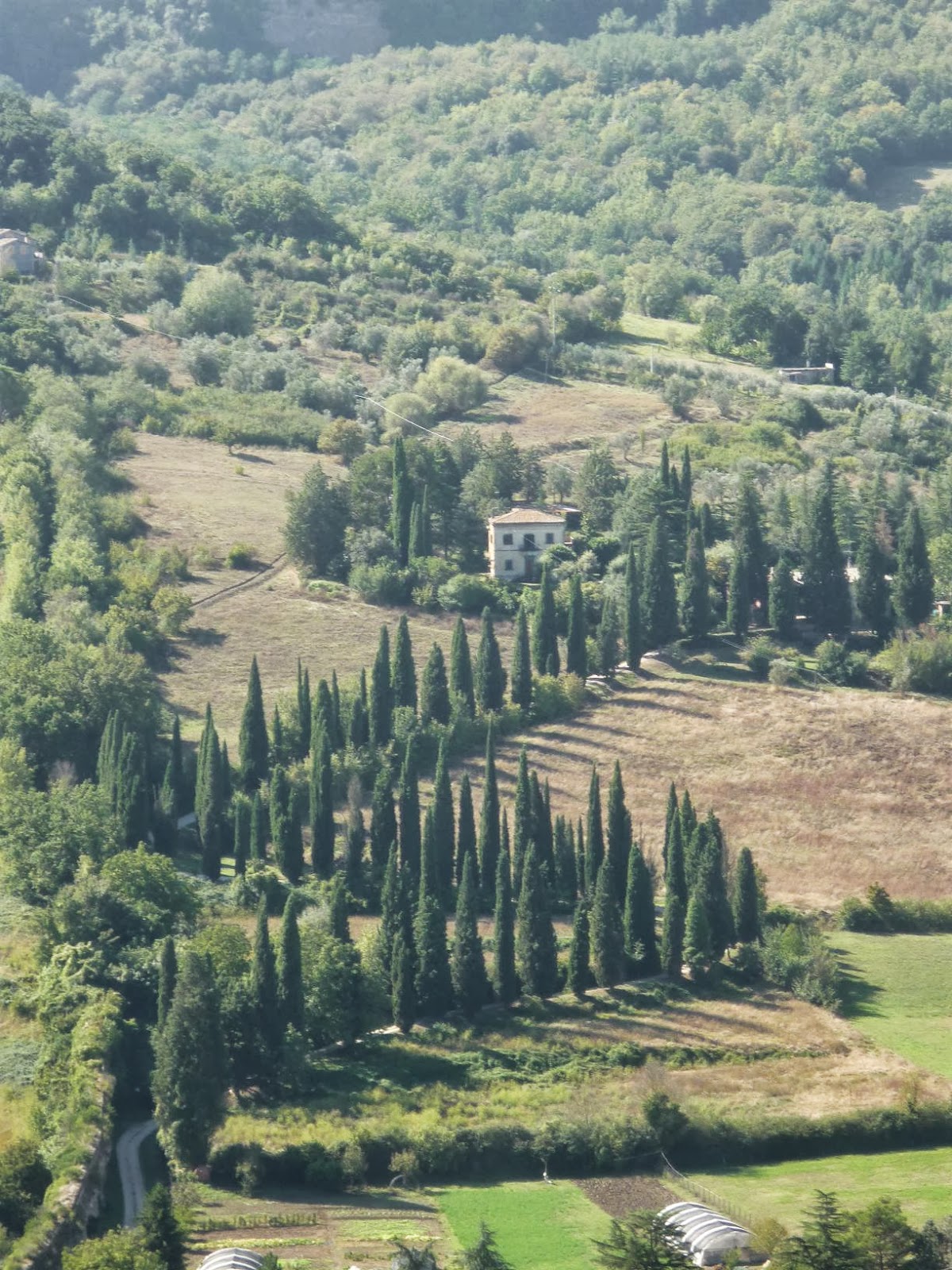 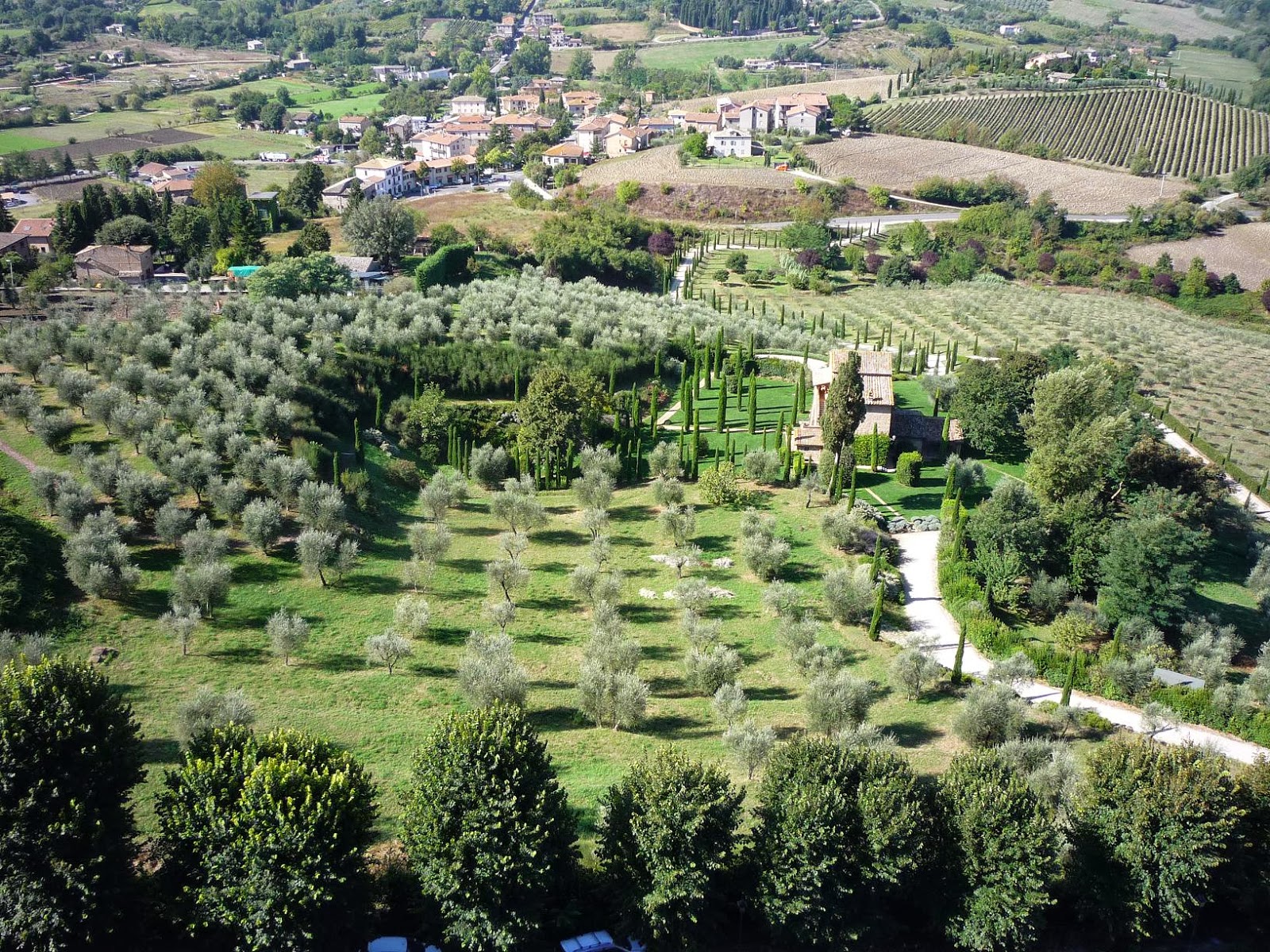 Views to the valley below Orvieto

More next time, I have a loom to thread.
Posted by Dianne at 5:17 PM No comments: