My goodness, its taking a while for spring to establish itself, to still be wearing woolies at this time of year is unheard of.  But the cool isn't deterring the tui boys showing off their spring plummage.  Maybe 8 or so years ago I was given the aloe vera plants and was told the tuis would love them - finally this year.  If you click to enlarge you'll see the resident blackbird looking on. 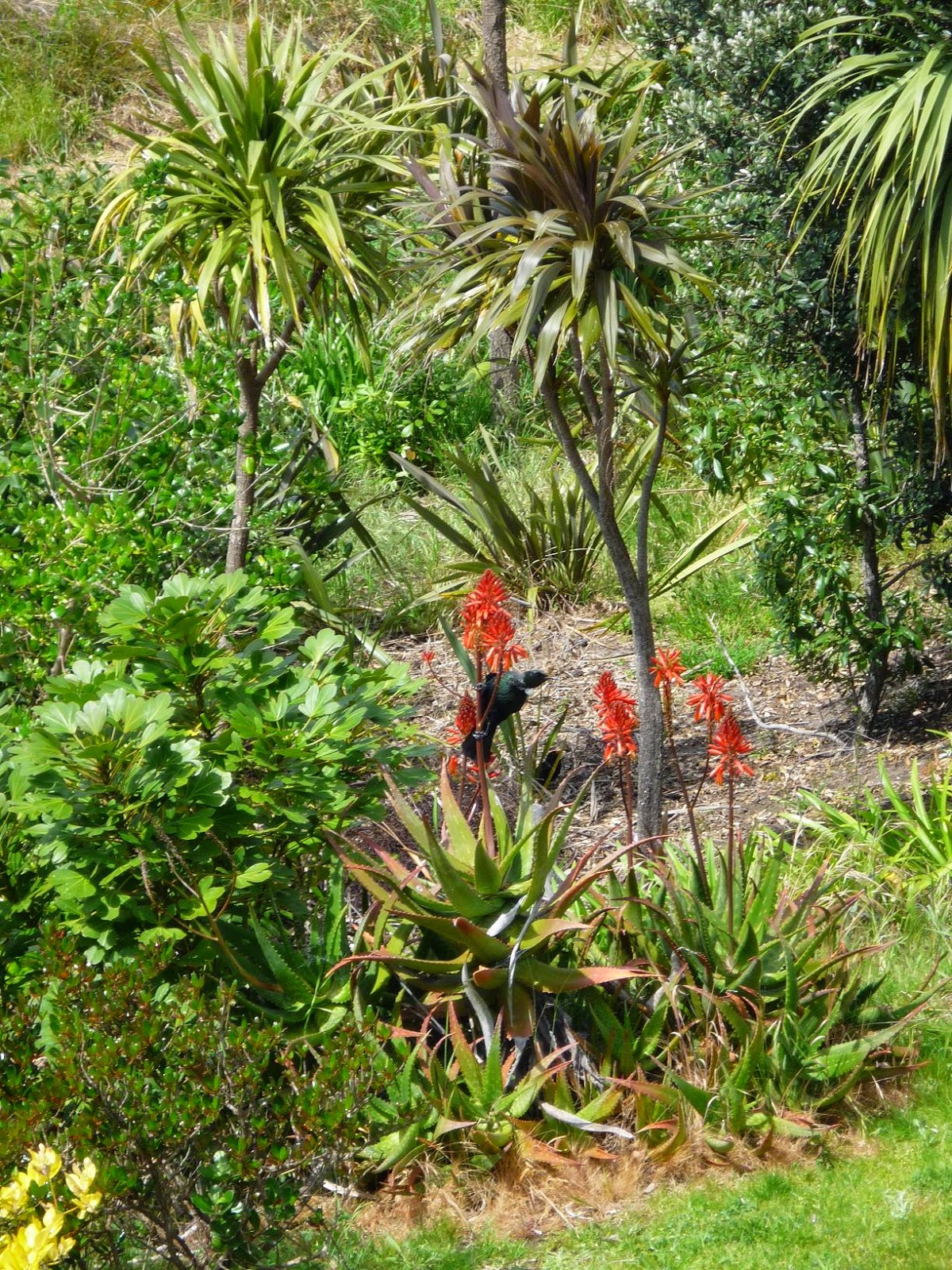 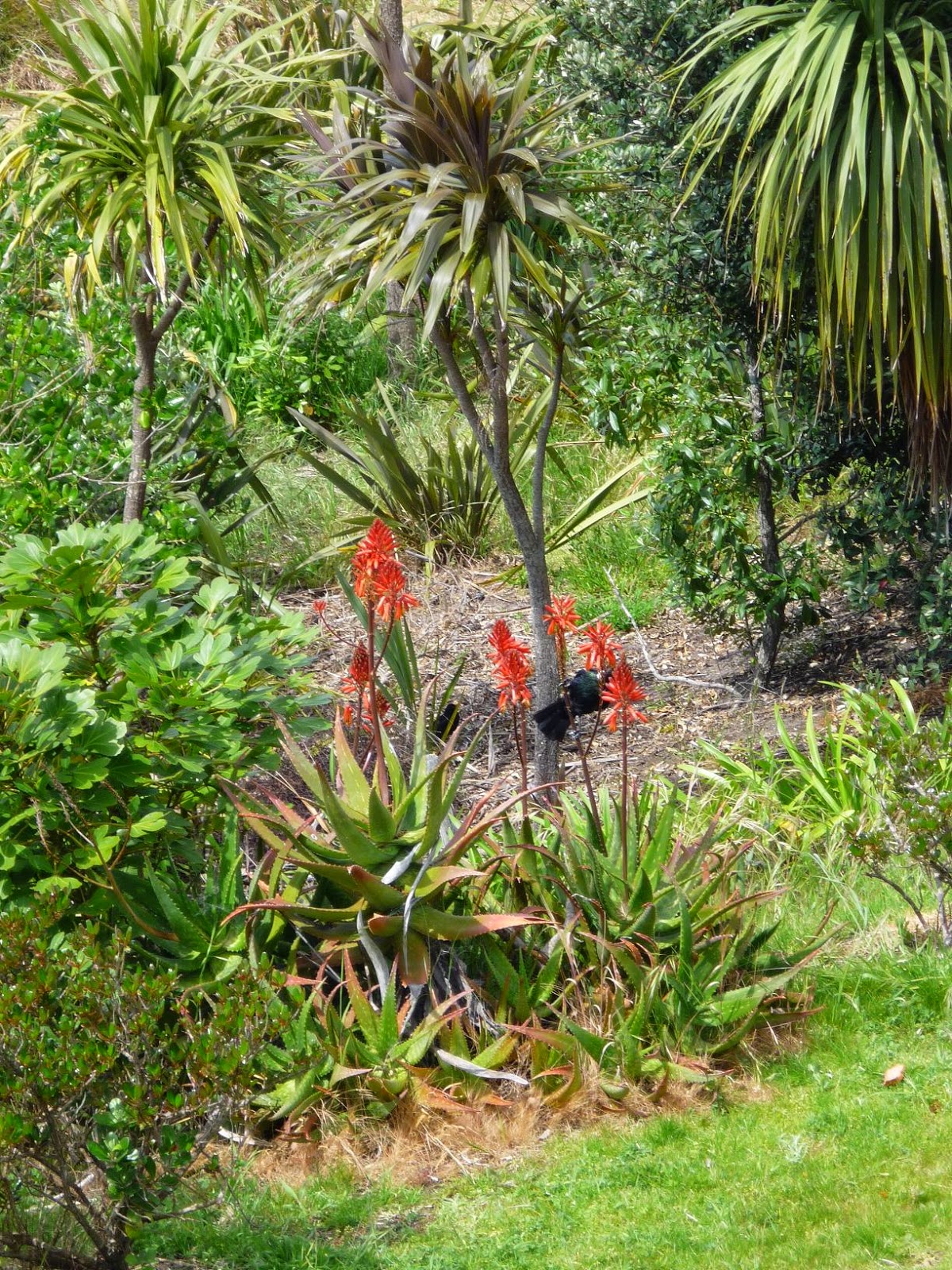 Have just delivered a couple of pohutukawa red blankets to Inspirit Gallery
down Hamilton way. 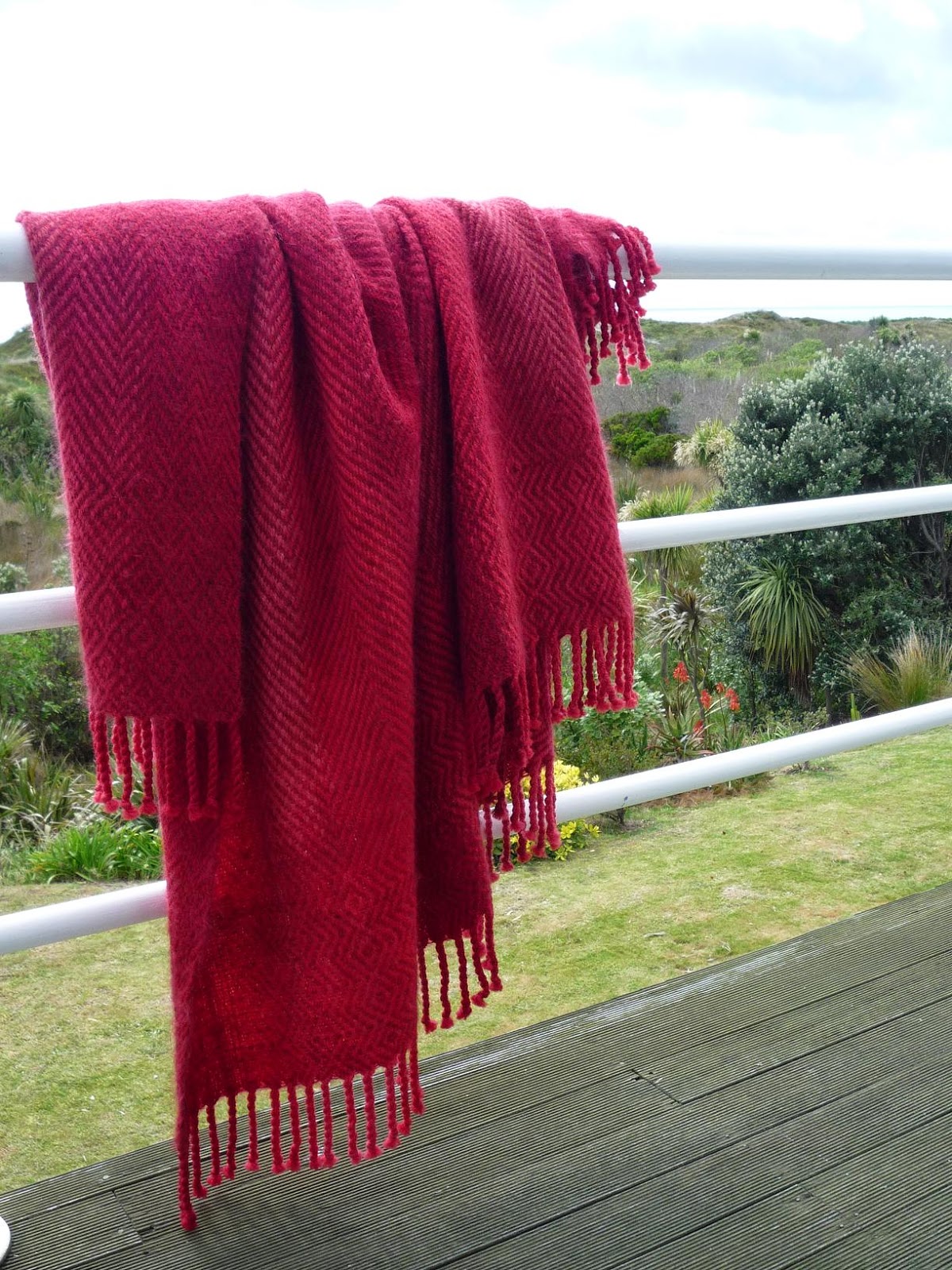 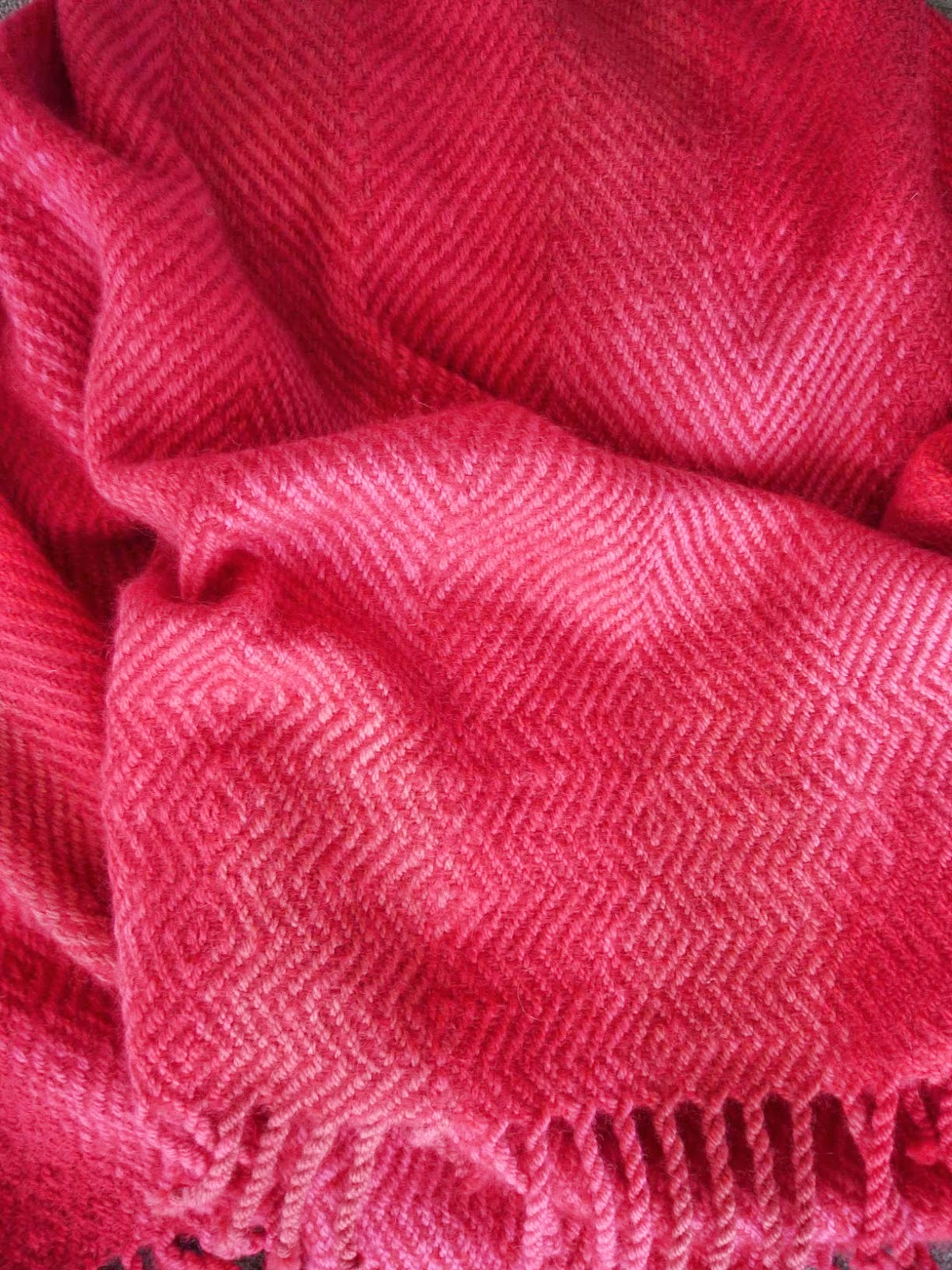 Oh nearly forgot to say one of my scarves won a third in the ARTWaikino exhibition but I don't know which one.  So many people have commented to me how poorly my work was displayed that I will think very hard before entering again - or provide my own display prop.
Posted by Dianne at 11:04 AM 1 comment: 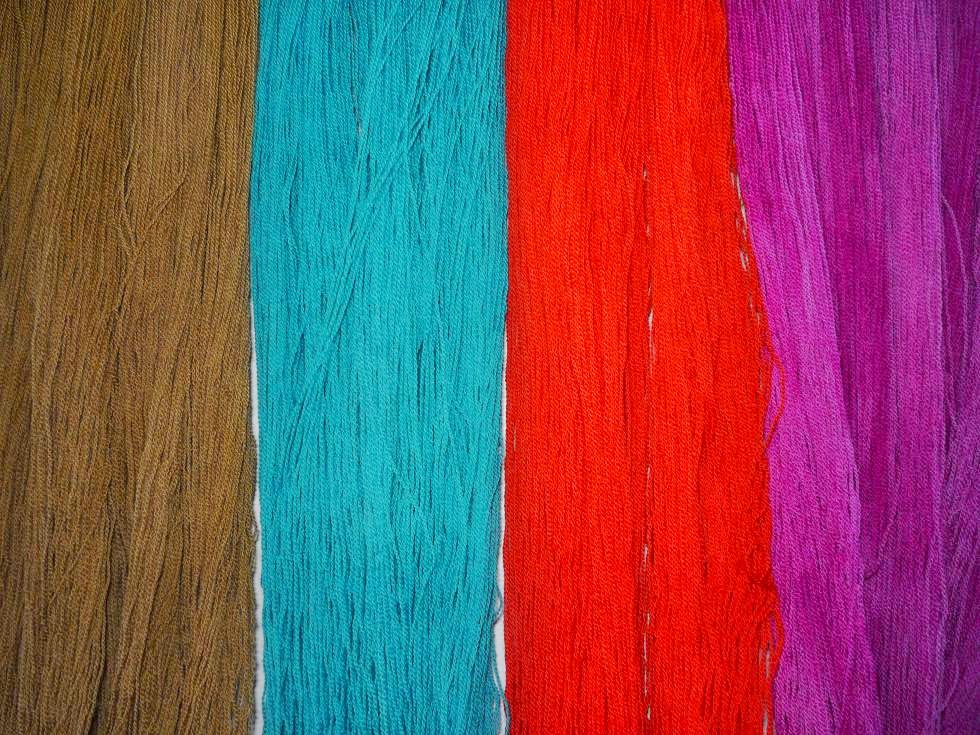 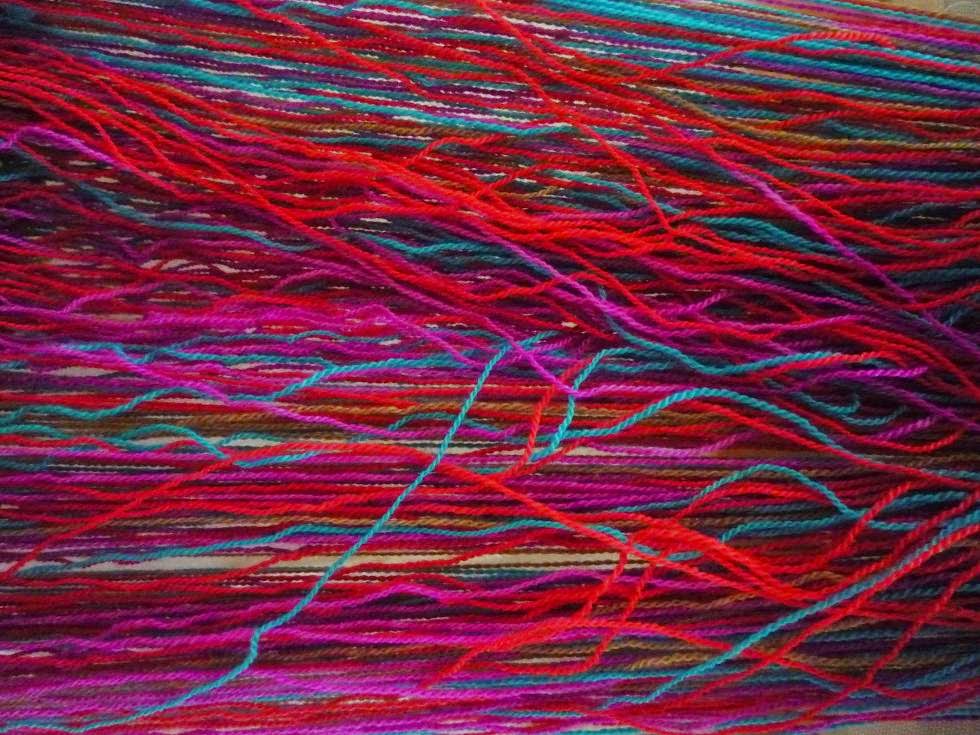 One thread from each chain on to the loom 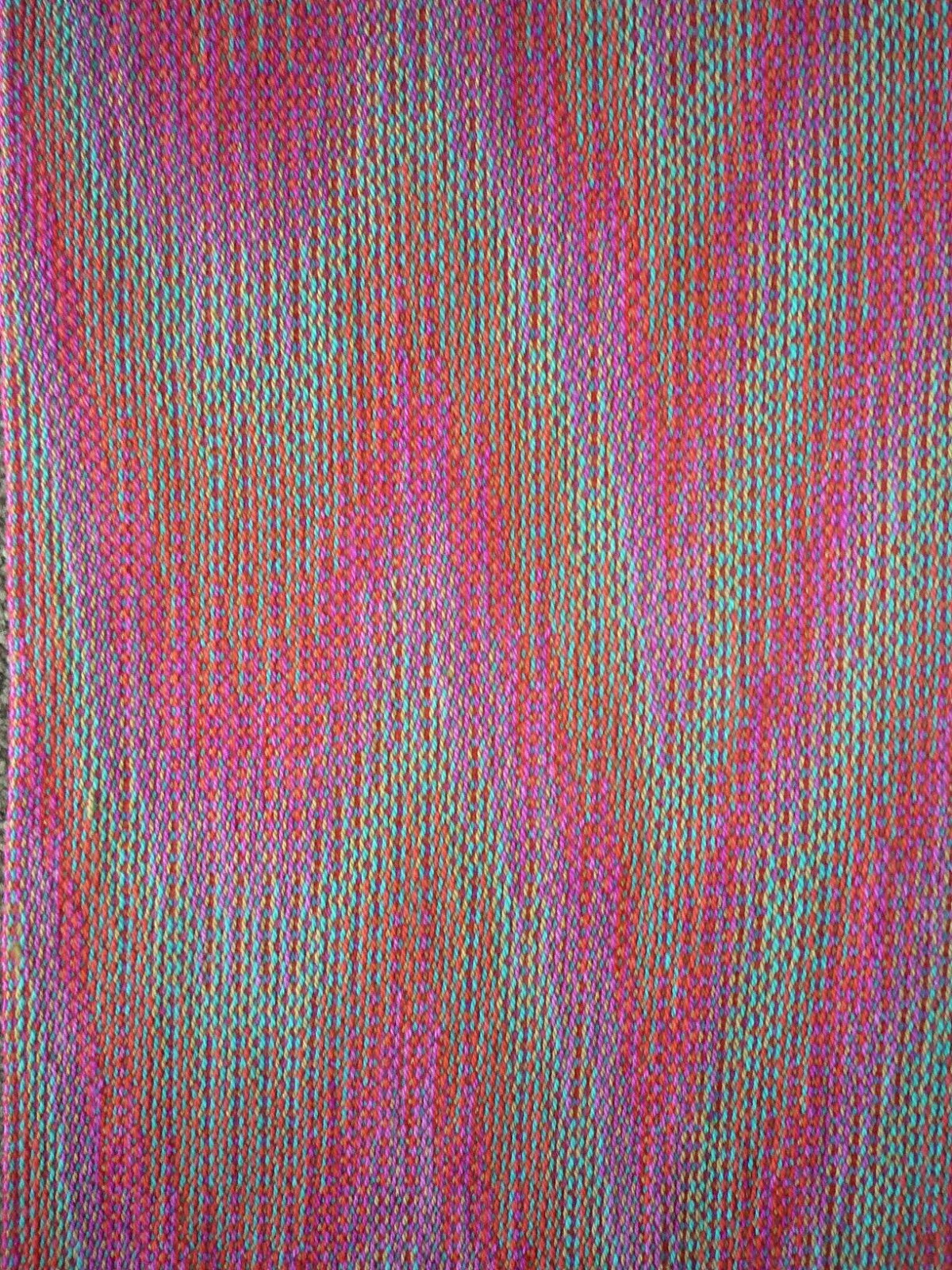 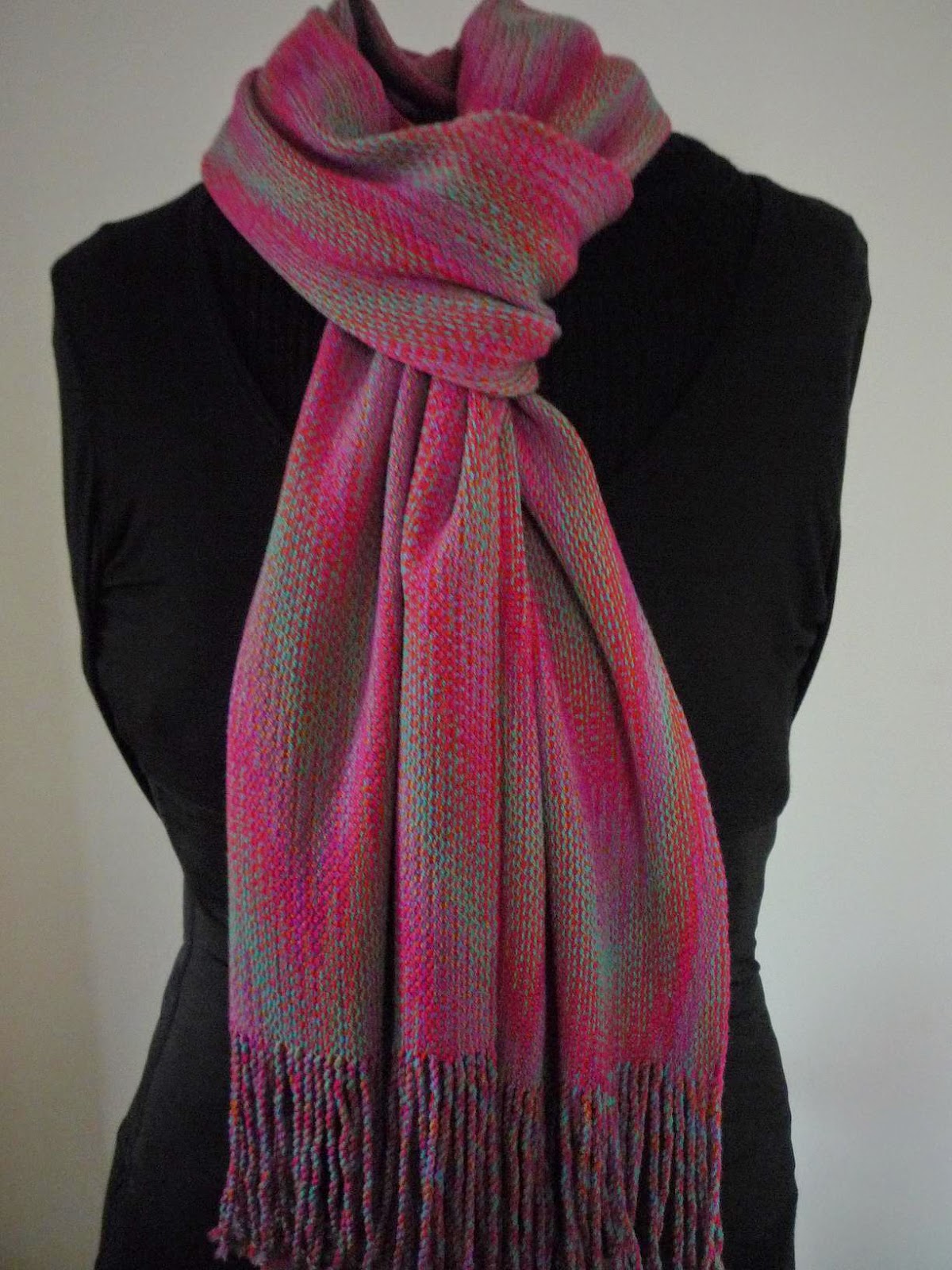 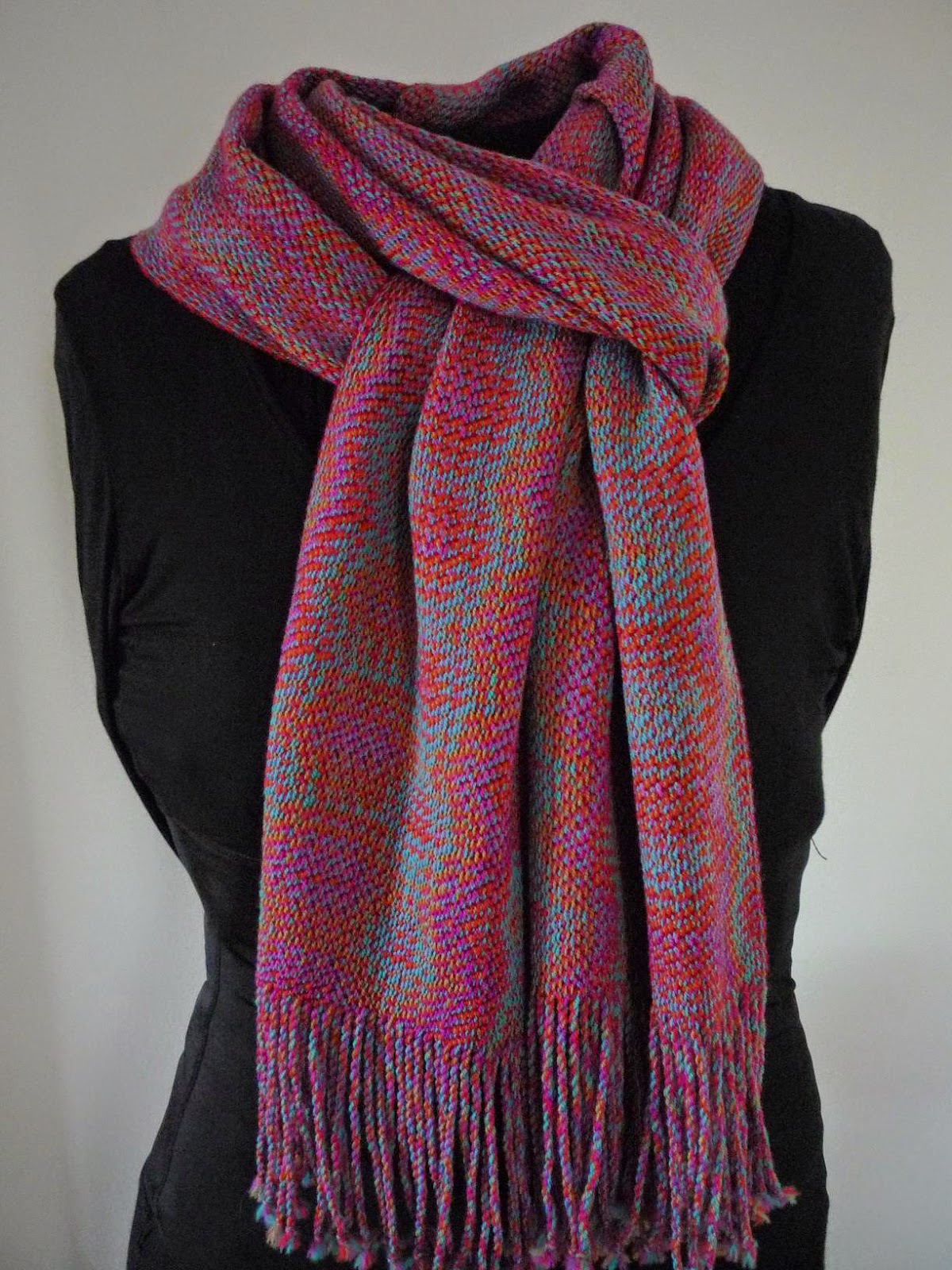 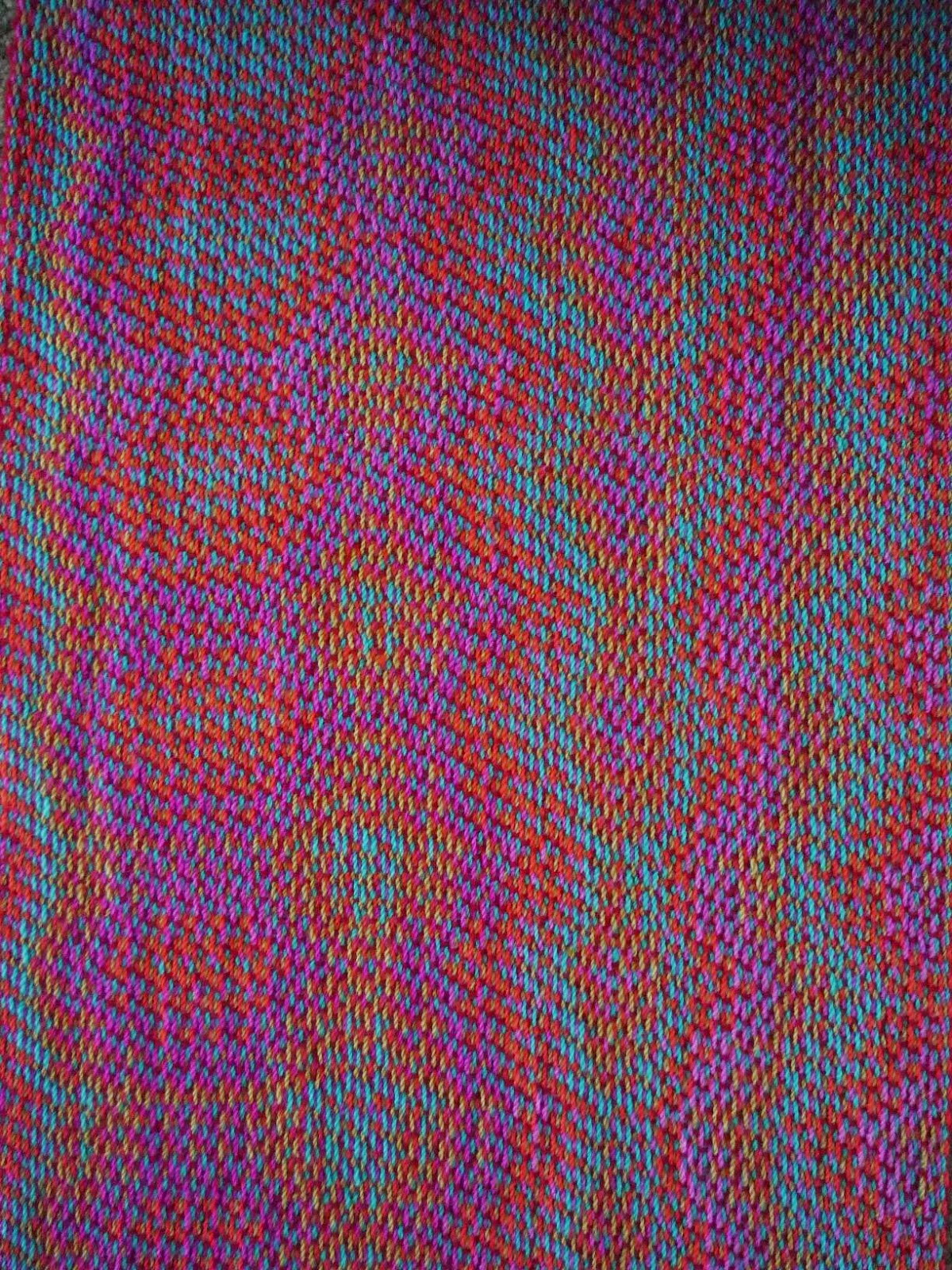 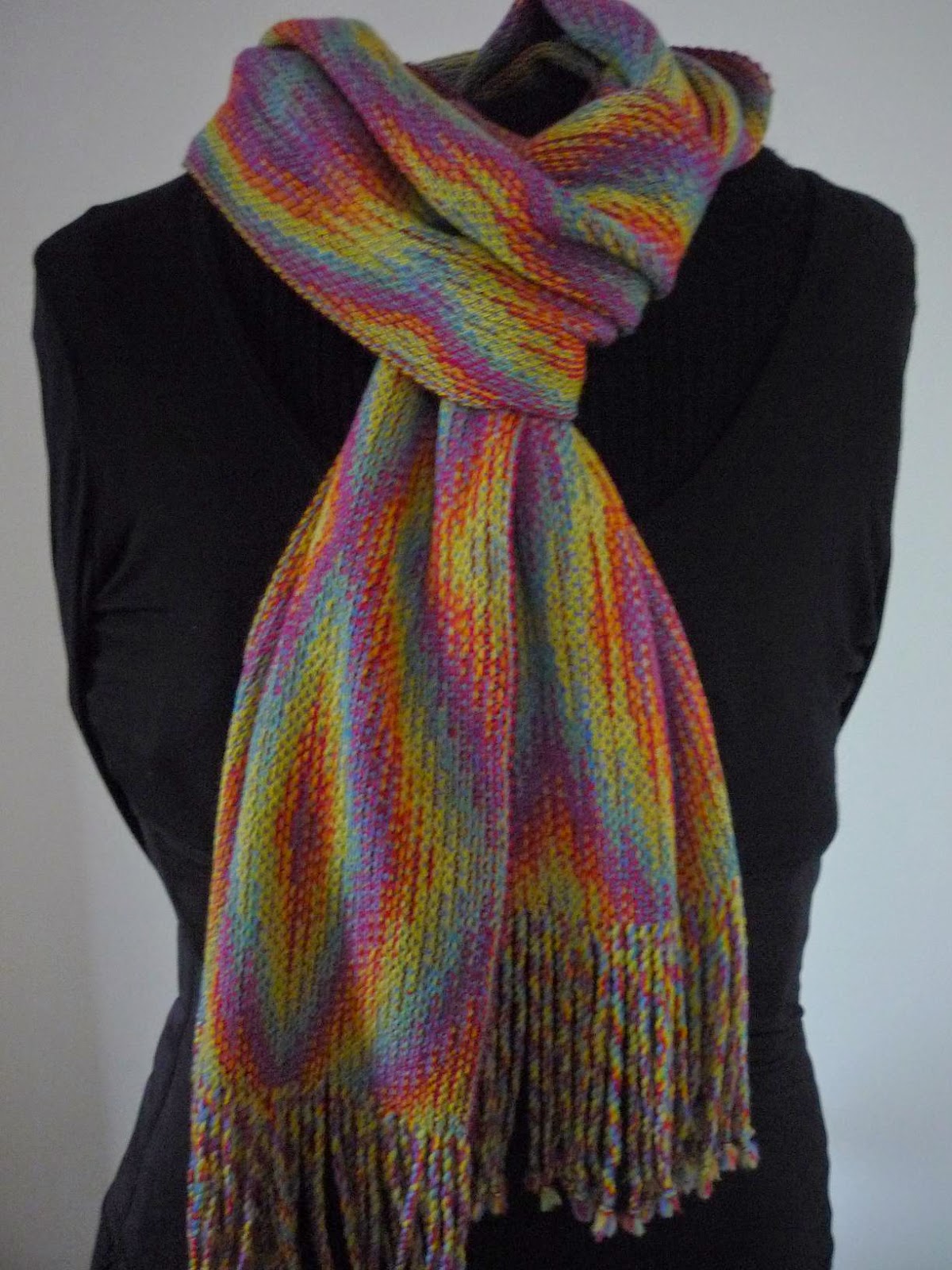 "Chromatic Interlude"
(You saw this in a previous post
but read to the end.) 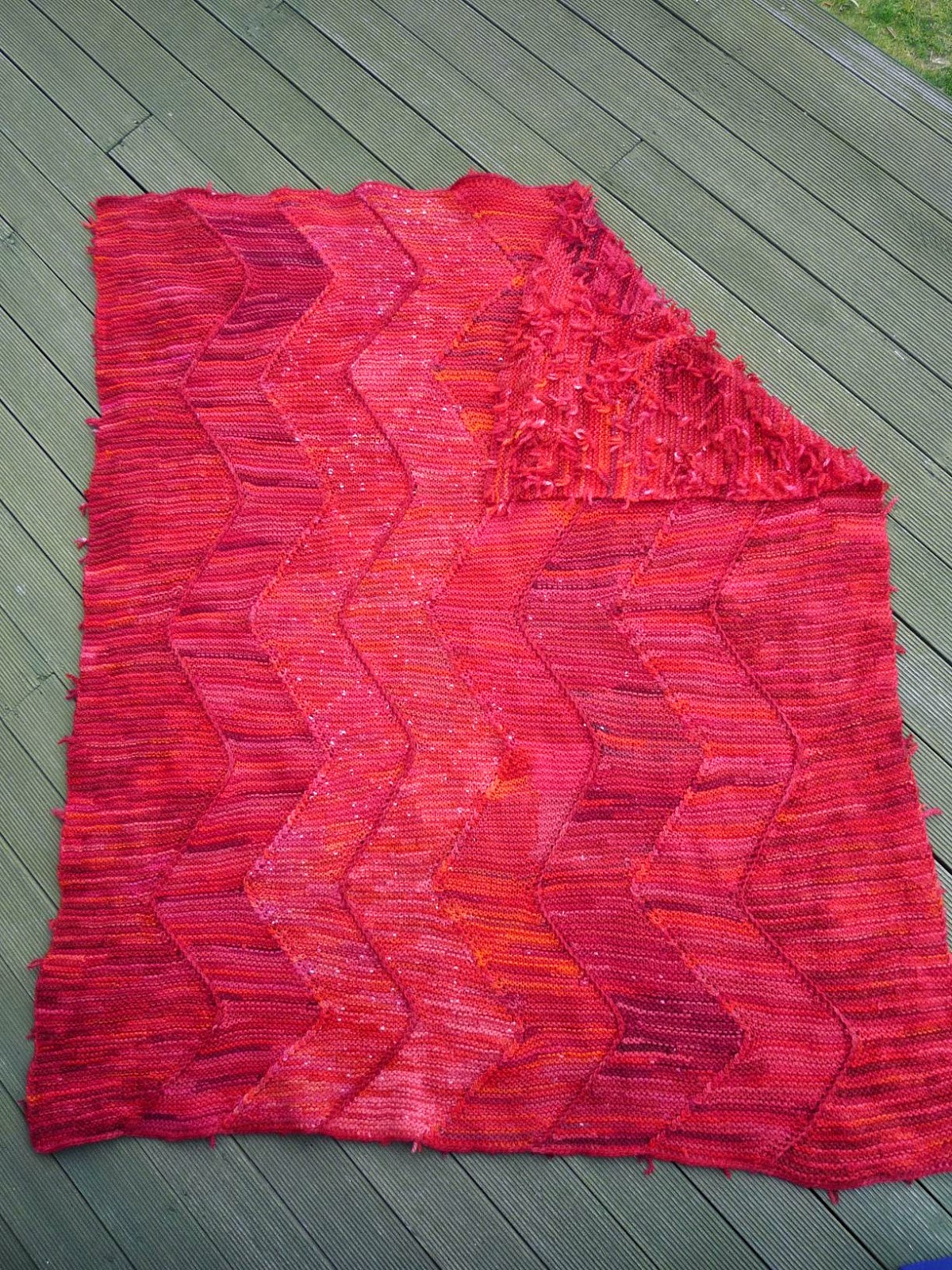 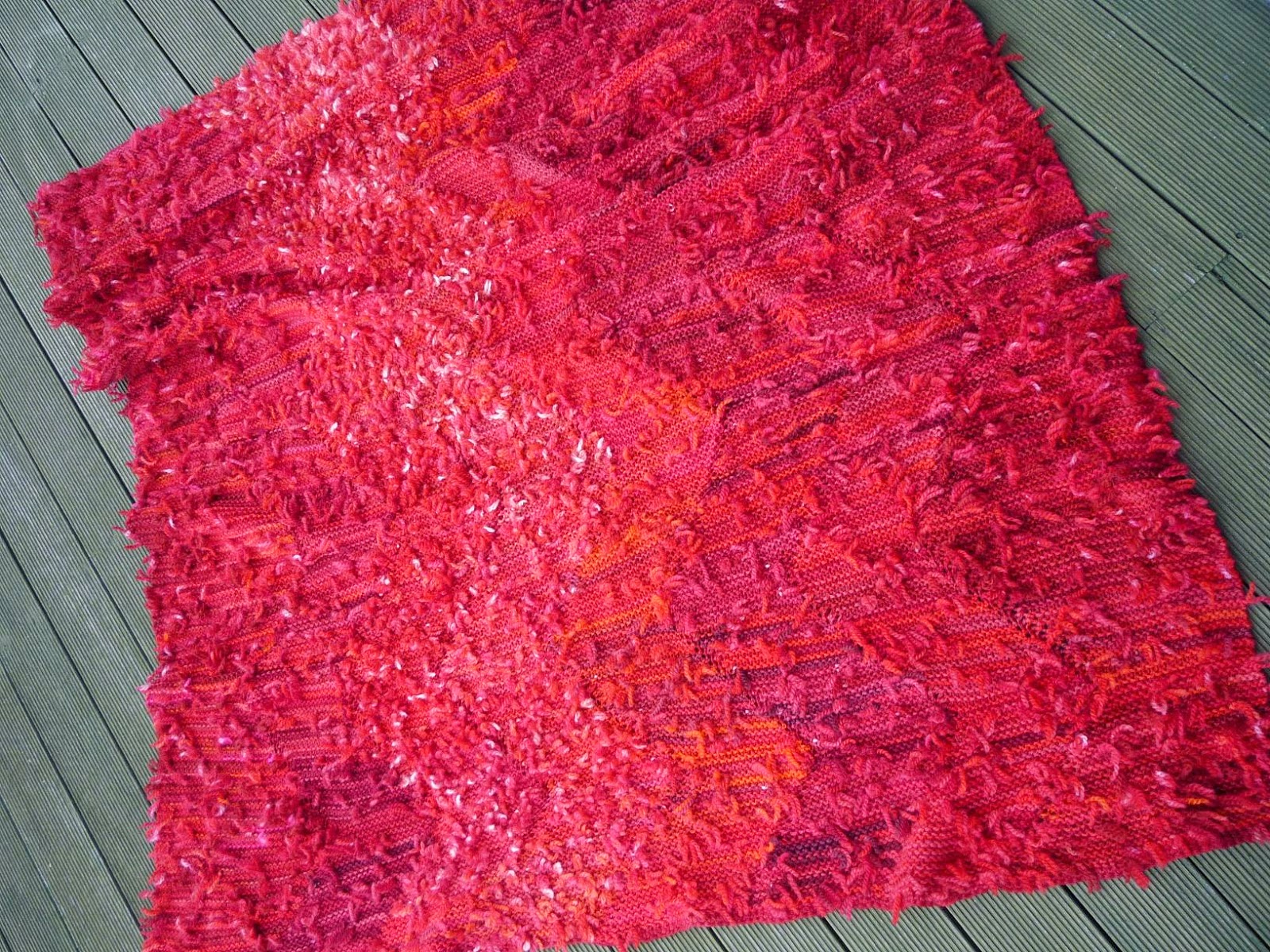 Hand knitted from thrums.
The strips are crocheted together as it would have been too heavy
to join as it was knitted.

Coral, Chromatic and Kakabeak will be part of the ArtWaikino exhibition this Labour Weekend.
Posted by Dianne at 5:01 PM No comments:

Some time ago I was asked by a friend to make a Korowai for Isabel to wear on the marae and be warm.
It was decided the Huia bird would be the inspiration.
The Huia was sacred to the Maori and the wearing of its skin or feathers was reserved for people of high status.
Its numbers were on the decline when Europeans settled in New Zealand.
It was a rare bird treasured for its plumage.  It had a bold and inquisitive nature.  It wasn't good eating but its tail feathers were valued highly and exchanged among tribes for goods such as pounamu and shark teeth.
It became popular for taxidermied species in European museums which hurried it to its extinction. 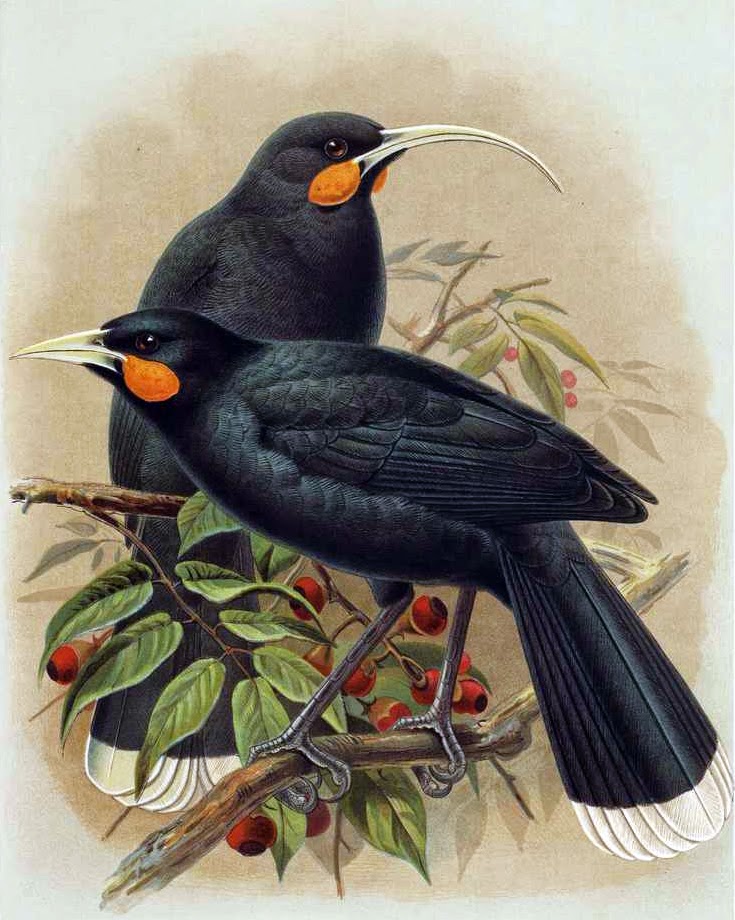 I started with a blanket which has found a loving home. 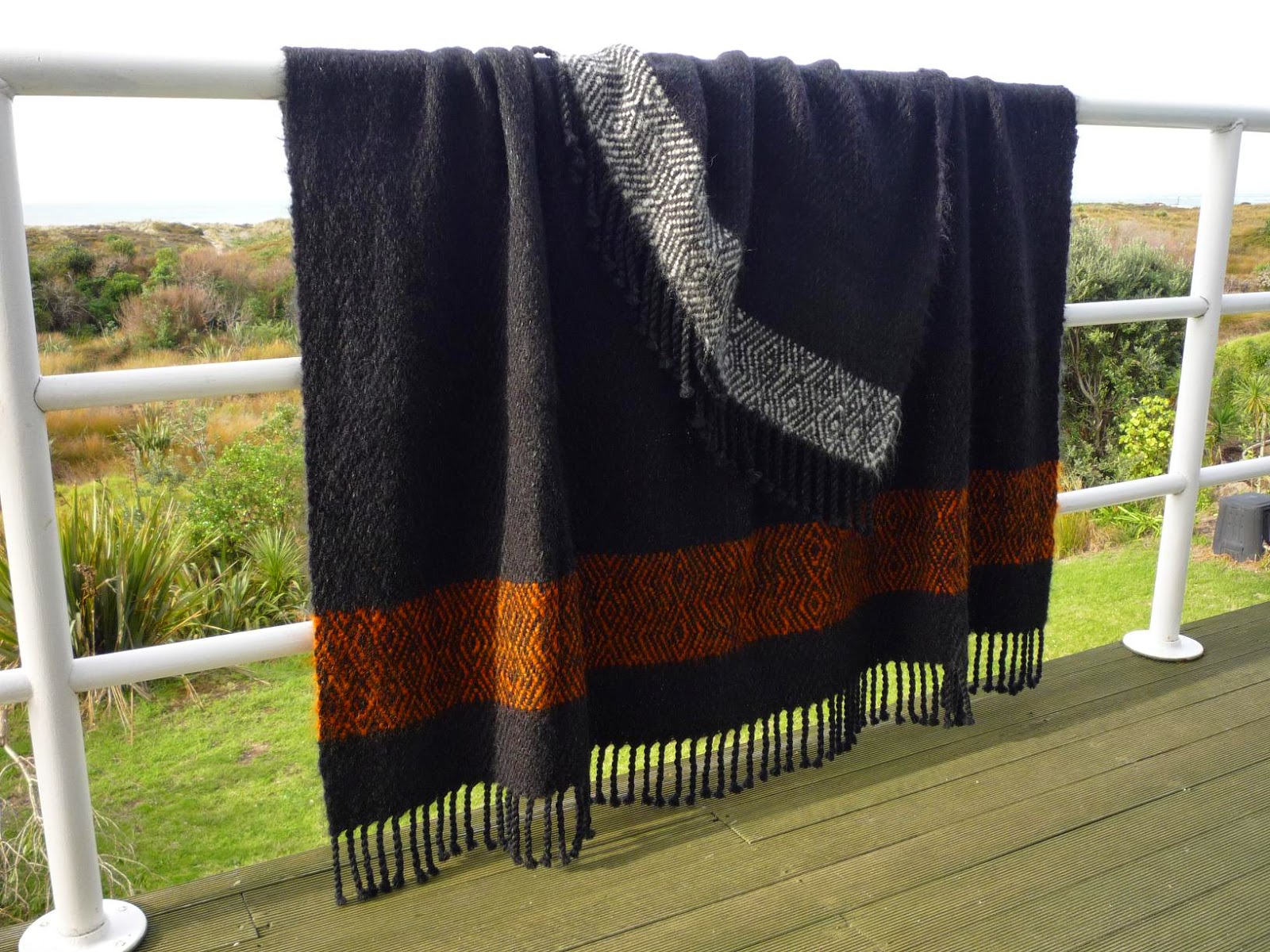 Its taken a few iterations to get the cloak the way I wanted.
I live with a photographer and his visiting mates and some of their 'lingo' has rubbed off.  The white became the "point of focus" and every time I looked at the cloak white is all I saw so ... 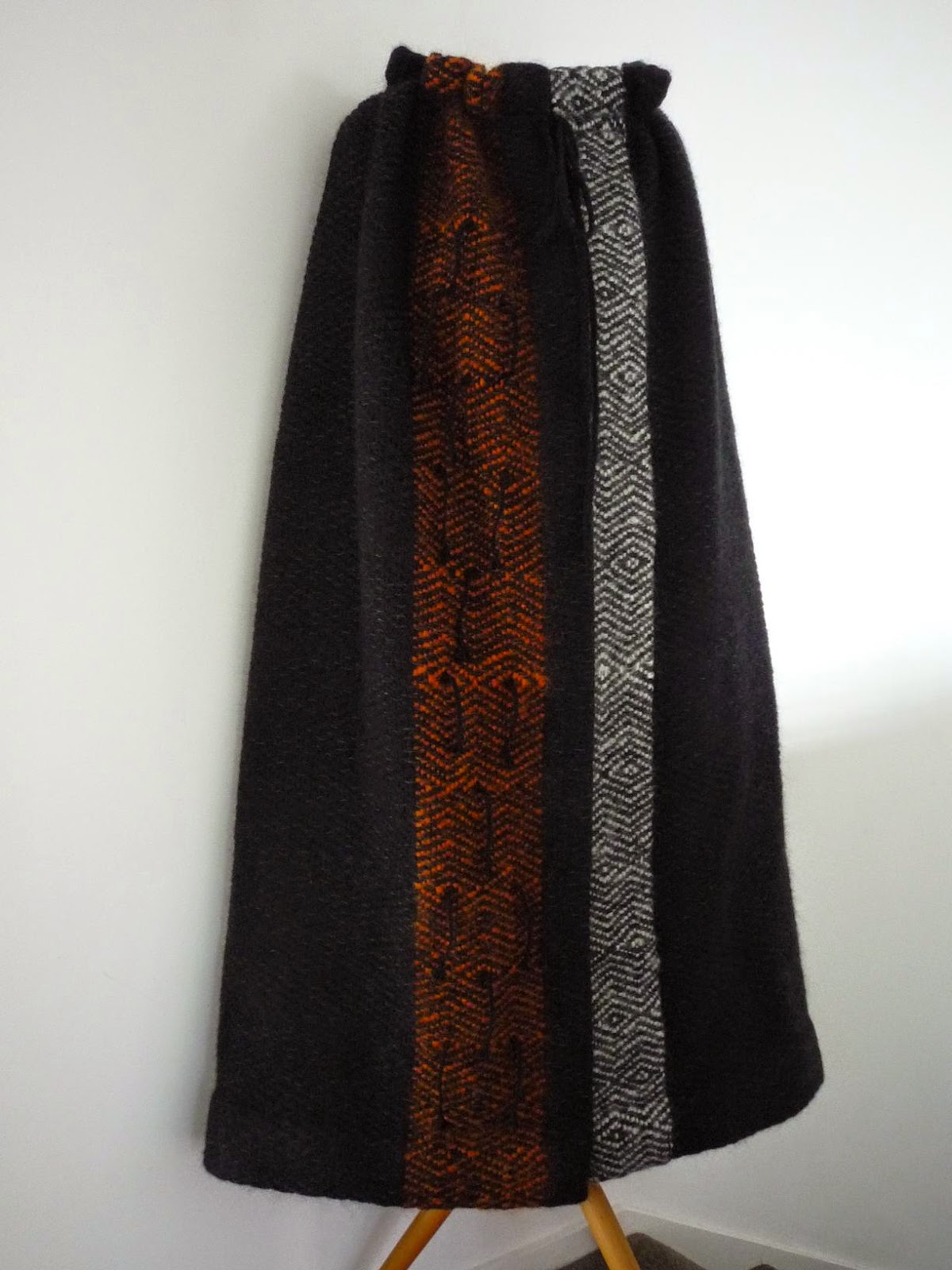 I shifted the draw cord so one just saw a peep of the white tail feathers
which worked better visually but when I tried it on it was a pain to get sitting right.
To my mind a cloak should be able to be thrown around the shoulders and off you go so ... 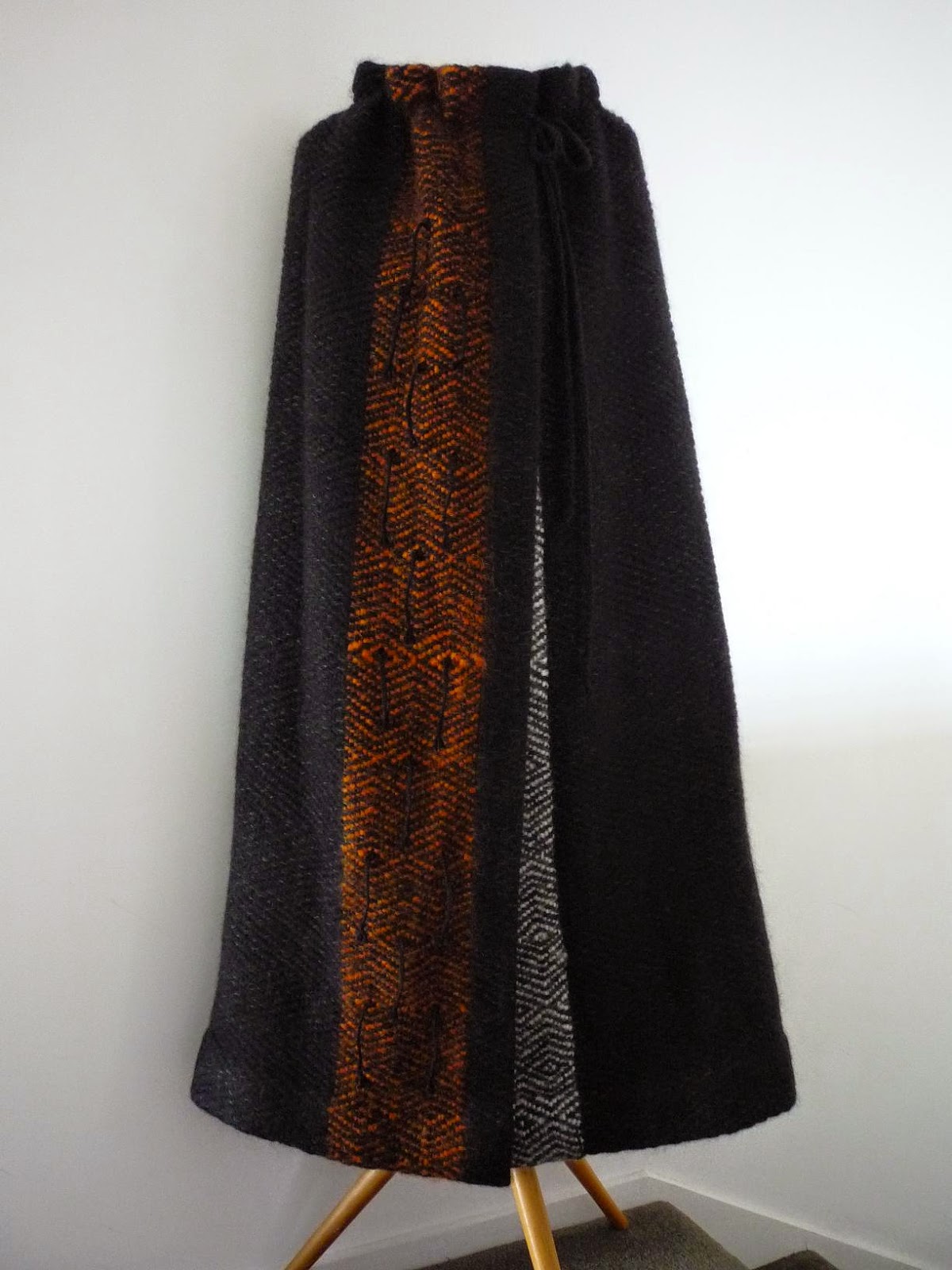 I undid the hems, facings and front edge and turned the white band to the inside and now the focus is the rusty orange representing the Huia's wattle and you just get a flash of the white when walking or sitting. 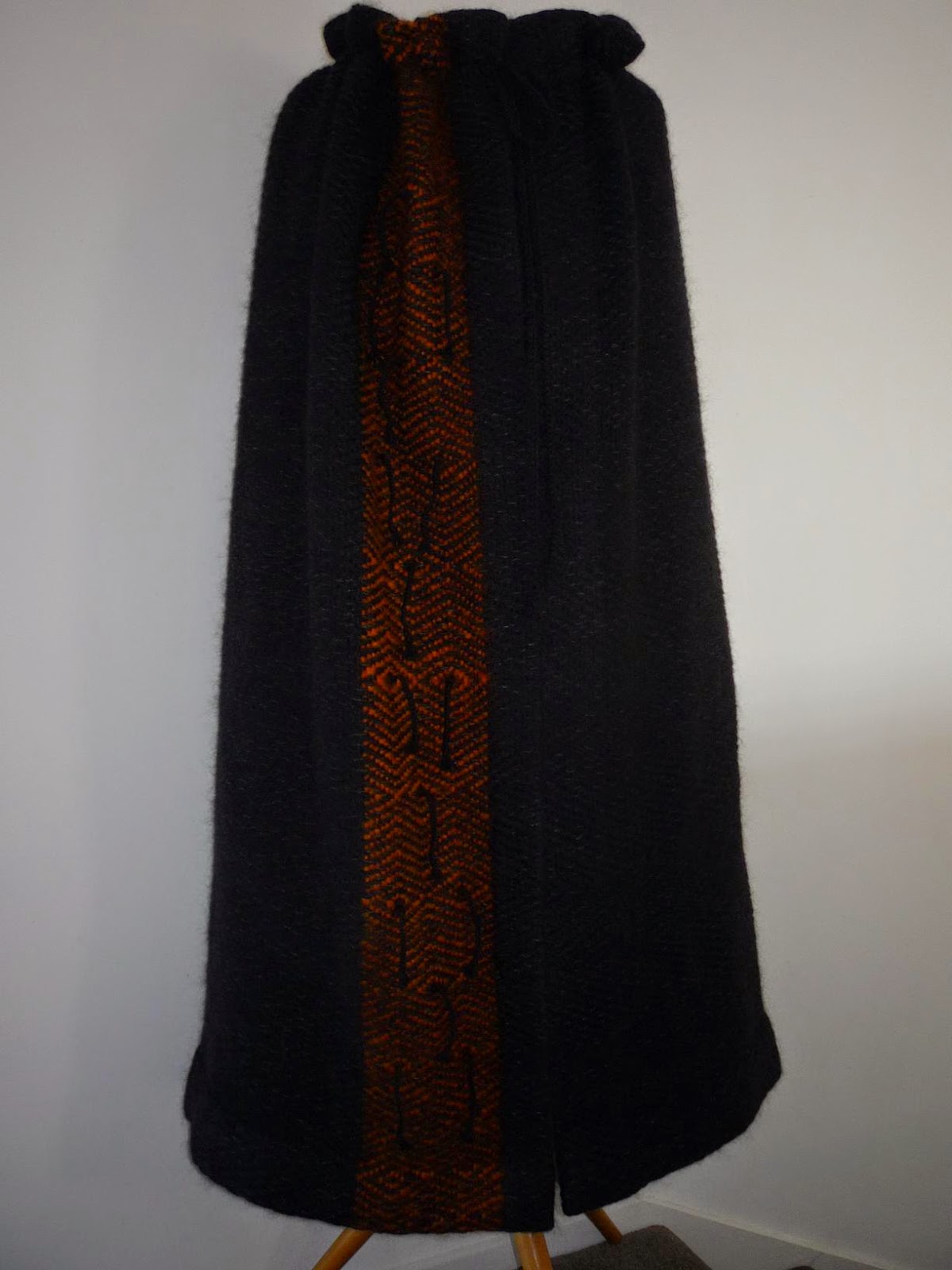 Close up of wattle stripe.  Note the fine green rayon thread reflecting the green iridescence
of the black feathers. 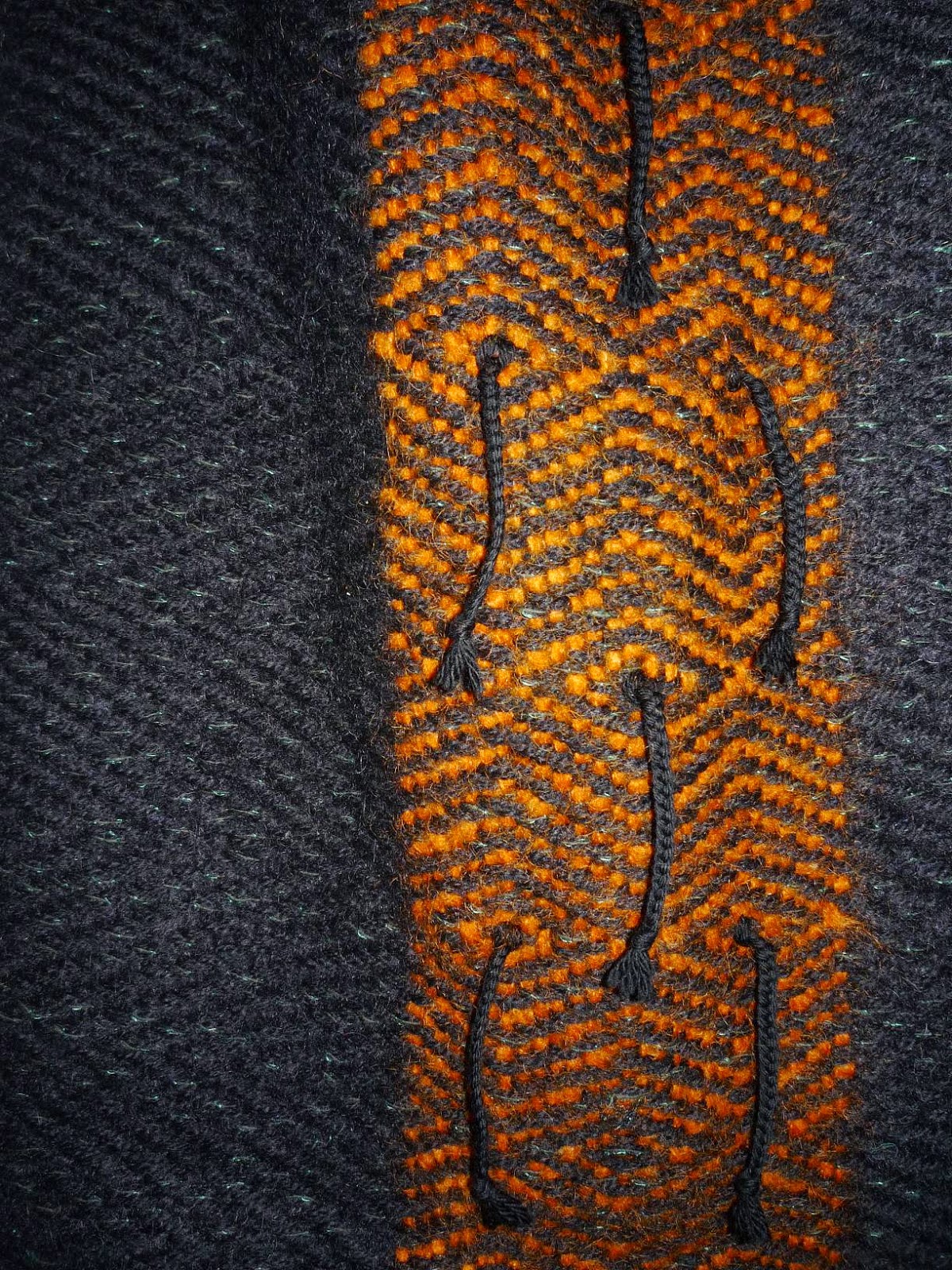 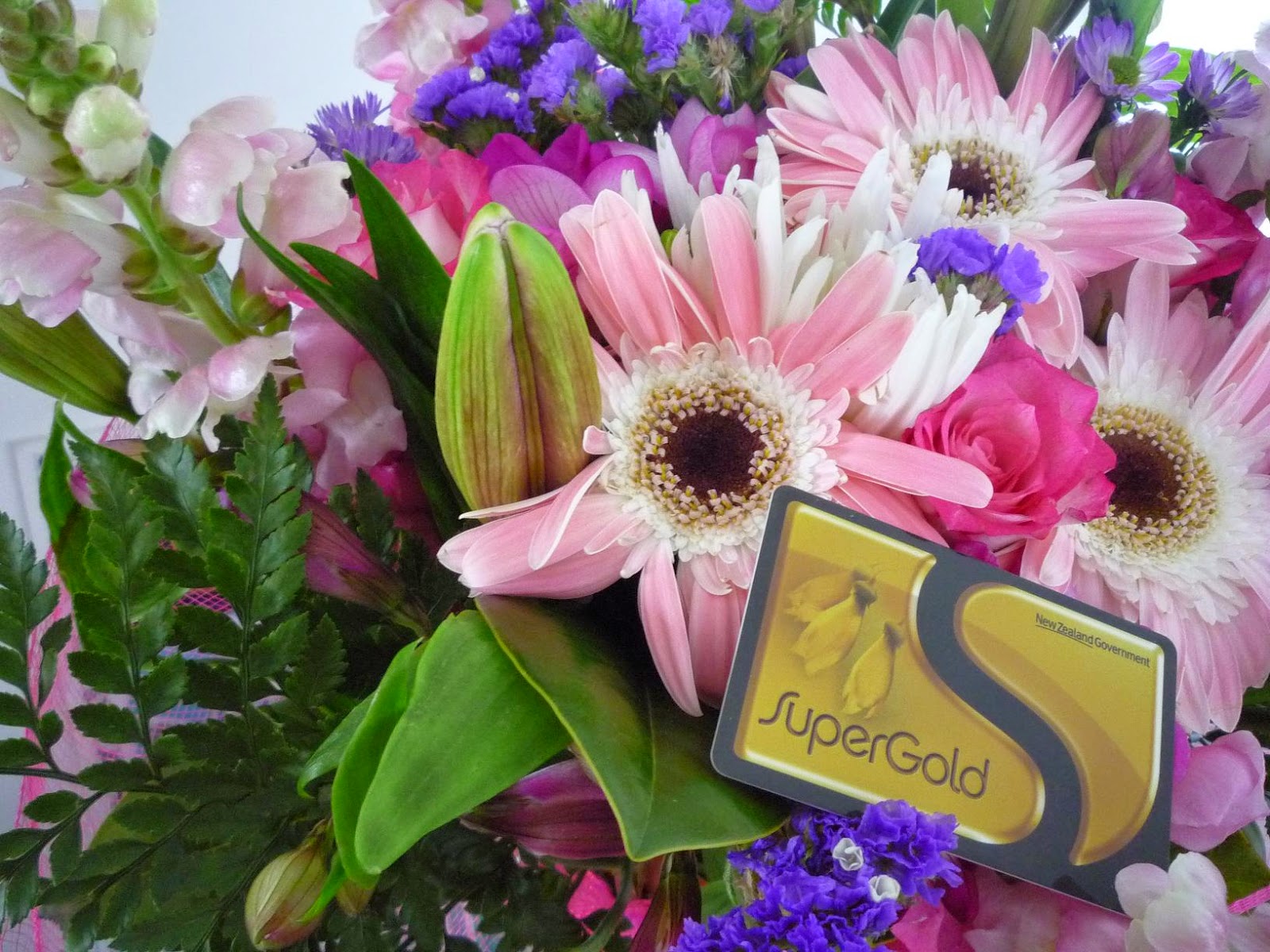 I've earned my Gold Card.
A significant birthday this weekend
and it was wonderful to have
my whole family together
plus some friends.
Posted by Dianne at 11:52 AM 4 comments: