I was asked by a lovely lady from Tauranga if I could weave her several shawls.
Actually the conversation started something like "Are you still weaving?  I want to catch you before you retire!"  One request was for a black and white shawl, maybe with a touch of the iridescence of the tui.  The tui is a native NZ bird which generally appears black with a white wattle under its beak but in the sun it sparkles blue and green iridescence.

The iridescence is portrayed with several shiny lurex threads in the warp borders and at the beginning and end. 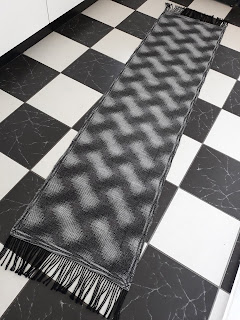 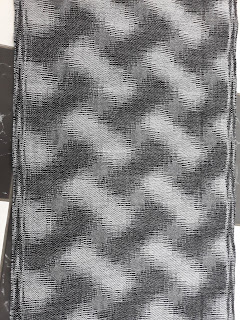 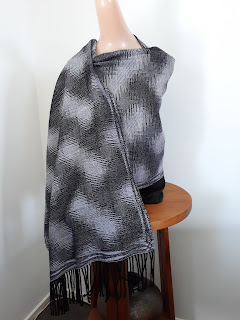 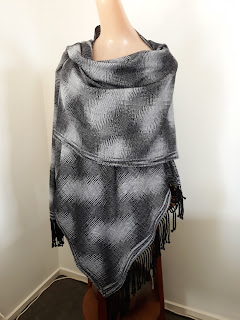 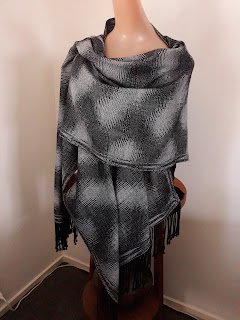 And, of course, I never dress the loom with a short warp so chose this wonderful tie up for echoing triangles from Weaver's magazine, Issue 21, an article by Ingrid Boesel for a second shawl, again using an advancing extended twill weft.
Both are versatile garments with the fabric drapey enough to wear many ways.
This triangle wrap is available from the Waihi Beach Gallery. 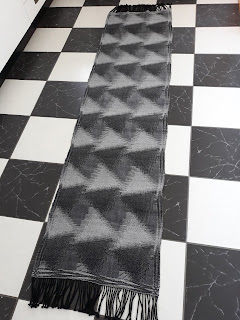 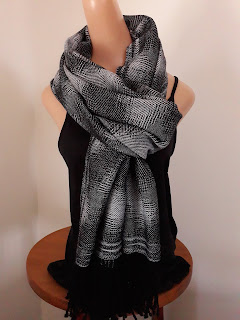 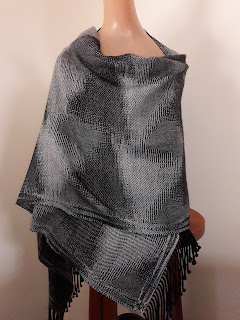 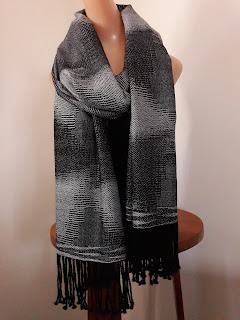 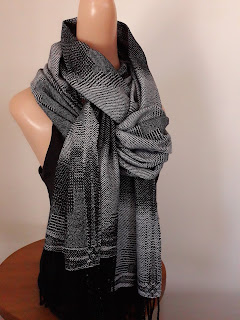