The cupboard that takes the overflow.  When visitors come I tell them its Pandora's box and they open at their own risk. 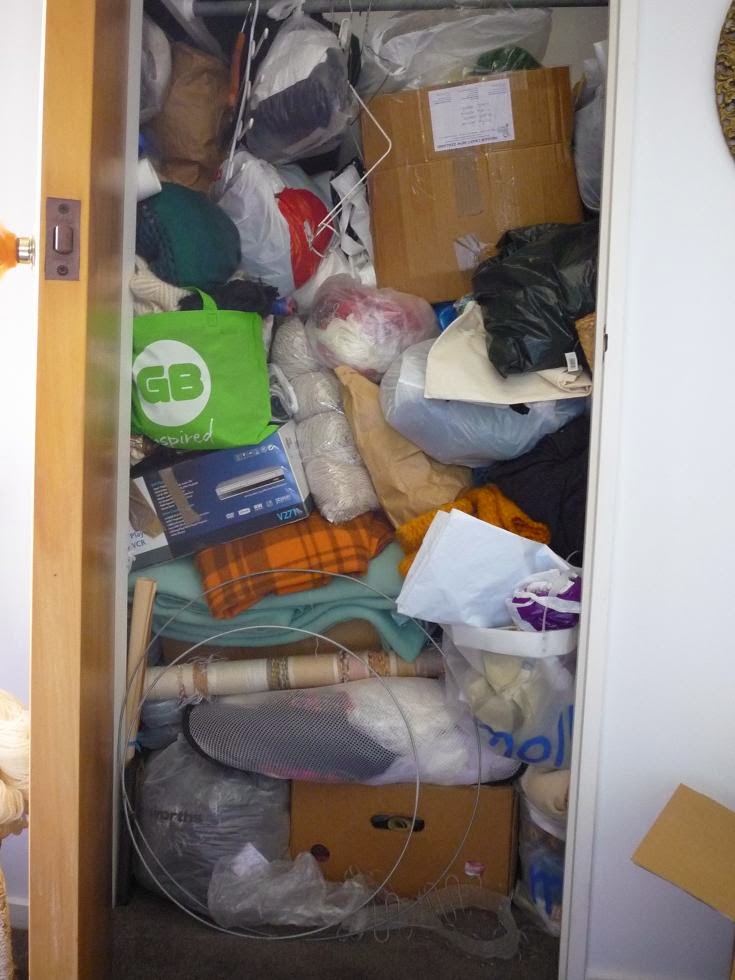 I have a project and needed the carder to mix just two handfuls of fibre.  There it is, almost at the bottom, just under the green blanket.  Actually I couldn't see it either but I found its handle!  I valiantly burrowed through the pile (offcuts of handwoven fabric, bags of warp ends, yarn by the score, exciting projects started and left).  I had the carder box out and on the floor.  Wait!  What's in that ... and down it all came.

So I decided it was the opportunity to retrieve a box of fabric from the bottom of the far right of the cupboard so I could make some bunting for wee Zoe's room.  Did I find some treasures!  More about that later, probably after Christmas cause I know otherwise Zoe's mum will tell her what's coming!  But lets just say my daughter, the accountant, still has all the creations I made her. 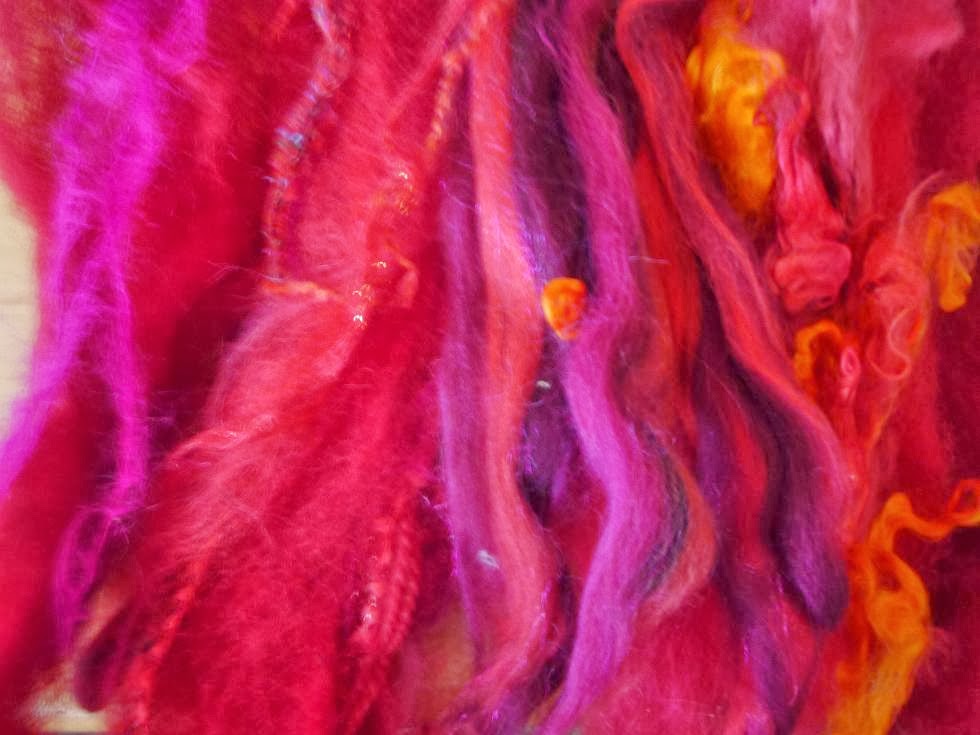 So above is the compost heap of fleece, sliver, locks of mohair, silk sliver, bits of yarn etc and below are the three bats I put through the carder with just one pass. 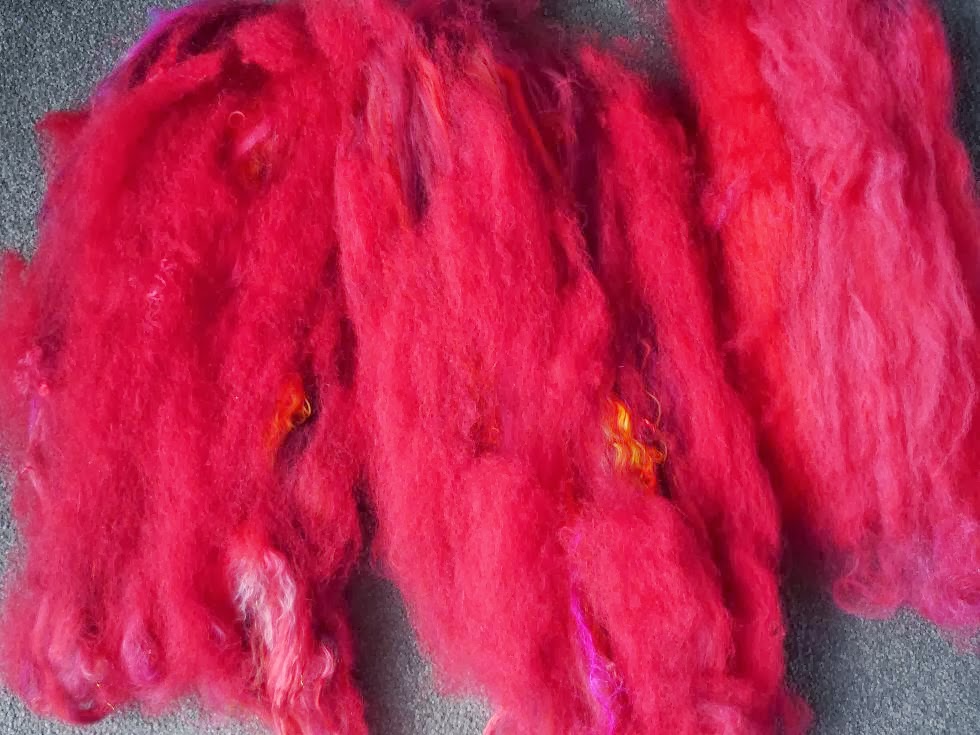 And below is the sample of chunky spun, dare I say, art yarn.  Its not as thick as I thought it would be so time to go try again. 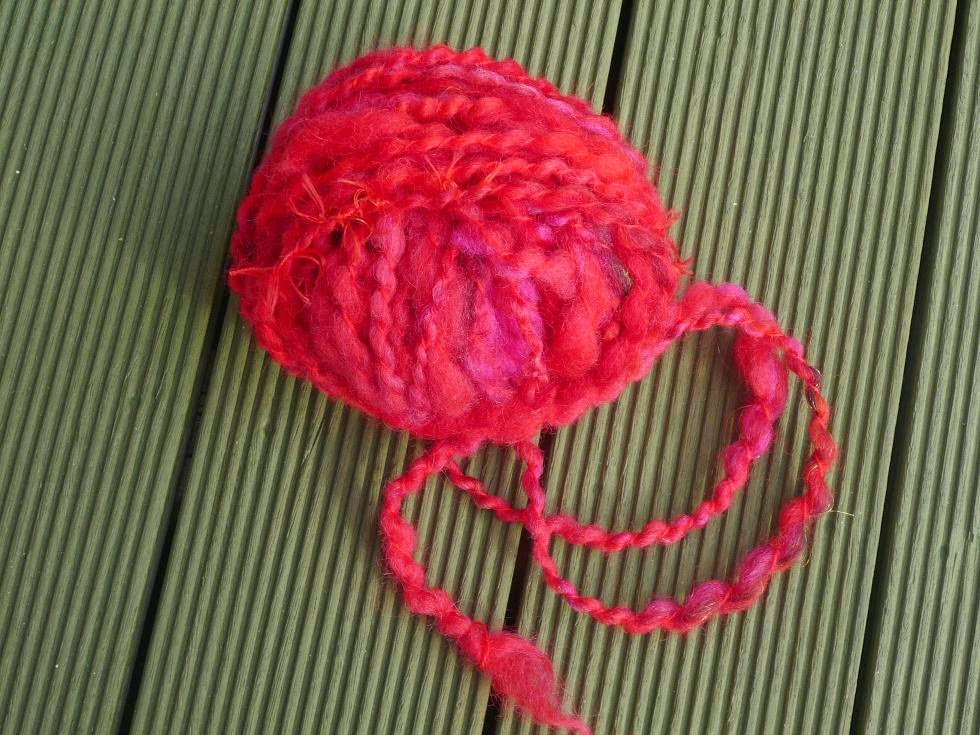 Pam's wrap - she loves it.
The brief was for a warm wrap to beat the chill of Illinois winter.
By using thicker yarn some drape is sacrificed.
None the less it fit the bill - a little bit retro, a little bit Kiwi. 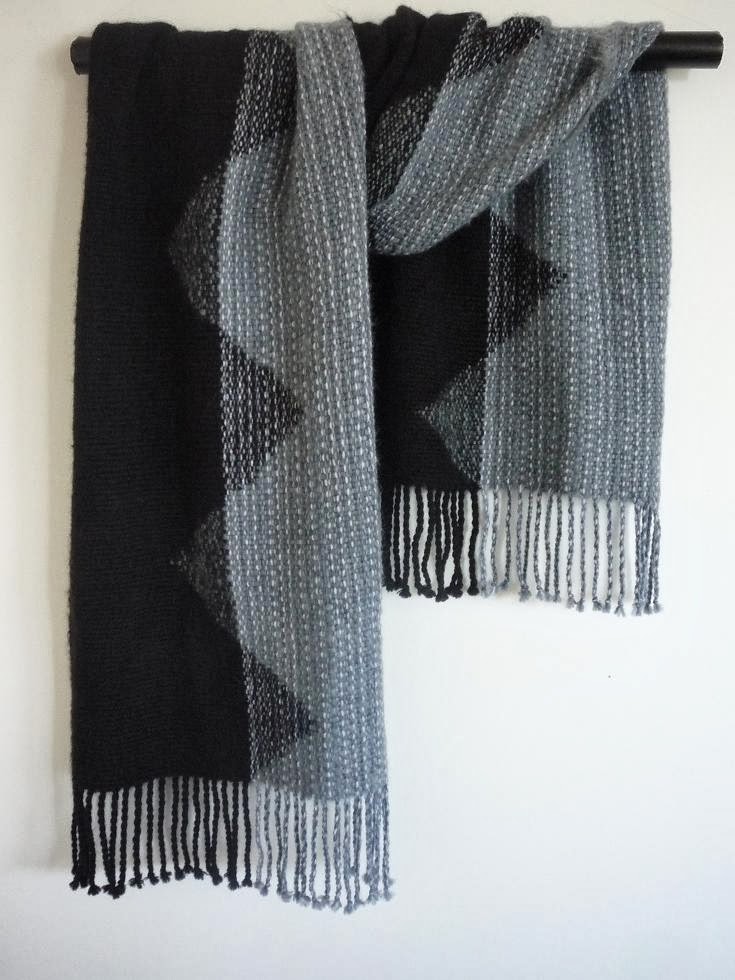 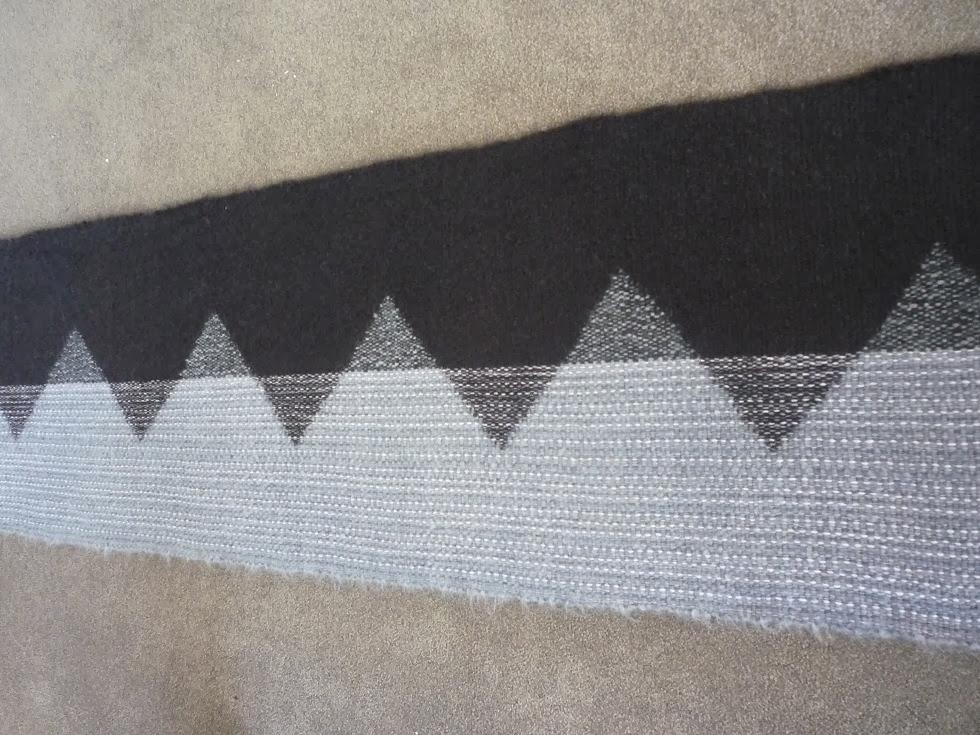 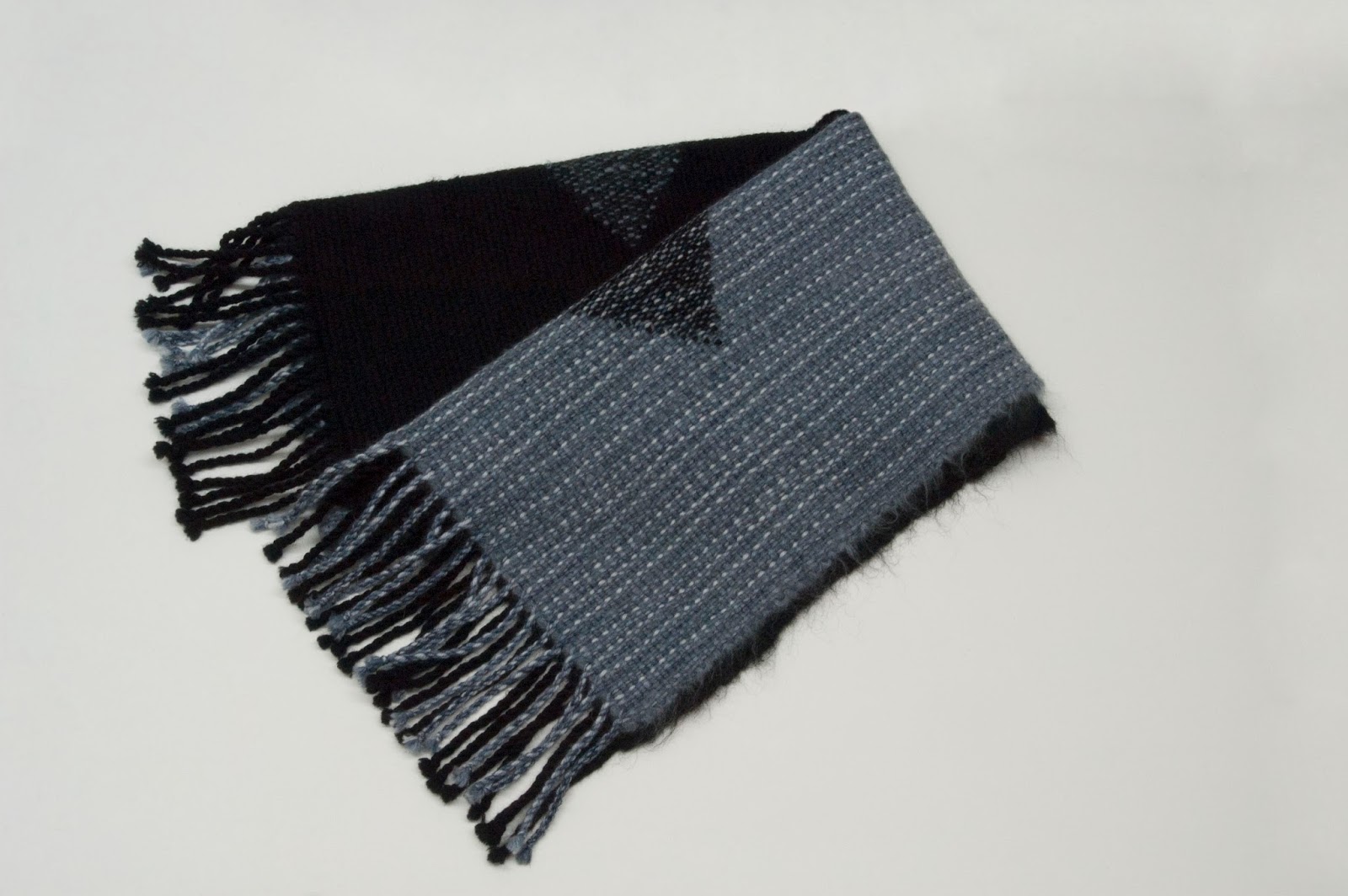 Visit to Laboritorio di tessitura, Perugia, Italy
Wouldn't you love this to be your weaving studio? 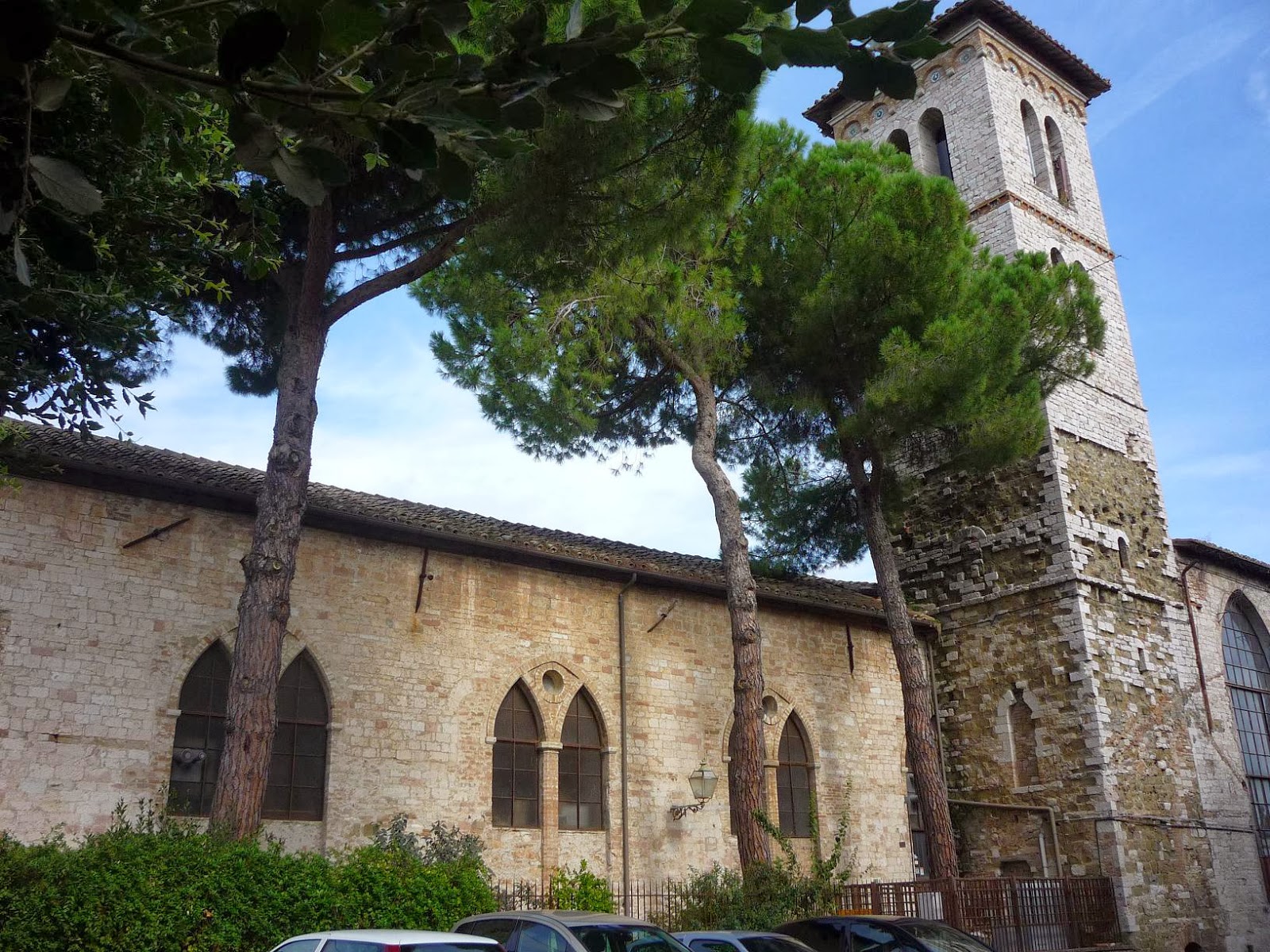 Marta is the fourth generation of women from her family to be working in the Laboritorio di tessitura but she is the first weaver. Her Great grandmother, grandmother and mother were managers of the business.

Marta taught herself to weave after her mother had closed the laboritorio. She has trouble counting and remembering sequences of numbers so instead designs and weaves by imagining pictures or picturing the pattern of what she wants to create. 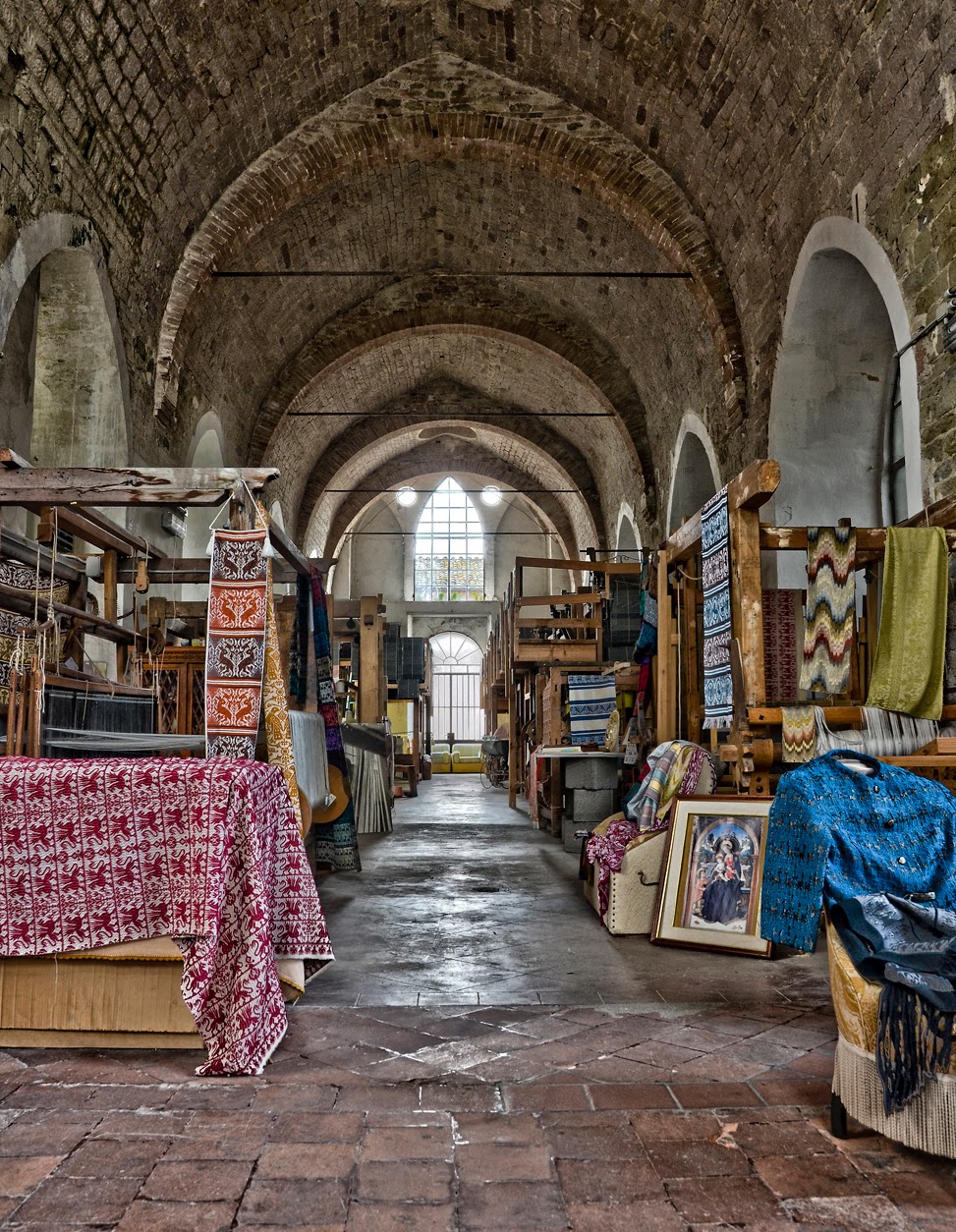 In the laboritorio are one or two treddle looms and seven jacquard looms, each a different size and size of reed threaded with warps starting at 100 metres. Patterning is created by card chains, one card, with about six rows of holes, is one row of pattern. Marta has no time to make new patterns as it is so time consuming making the cards. Luckily there is a good store of existing pattern chains to use built up over the years.

The jacquard looms with every thread separately controlled and weighted have one foot pedal and double fly shuttle. The big looms, especially the 1.9metre wide one, are so heavy to lift it gave Marta a hernia a couple of years ago so she now employs a man to operate the biggest loom. 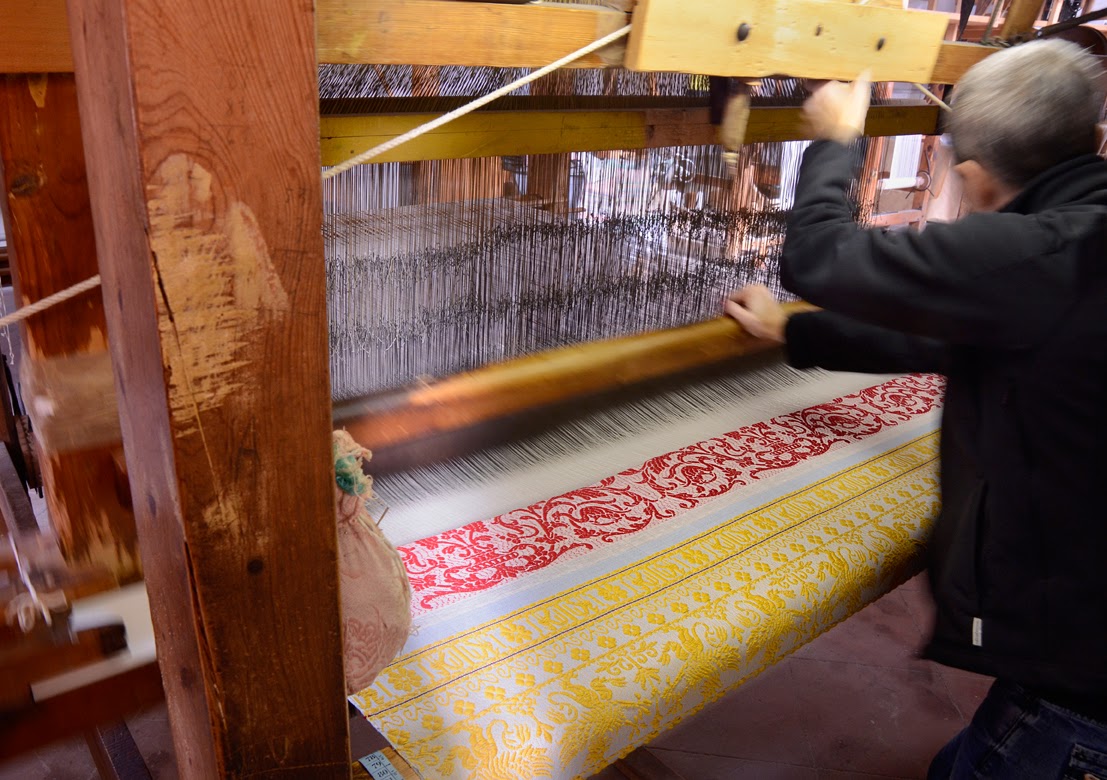 Marta's favourite patterns are the old medieval replicas. She enjoys studying the paintings of the old masters from her area of Umbria and replicating the fabrics she sees in them and loves working on the really old looms. 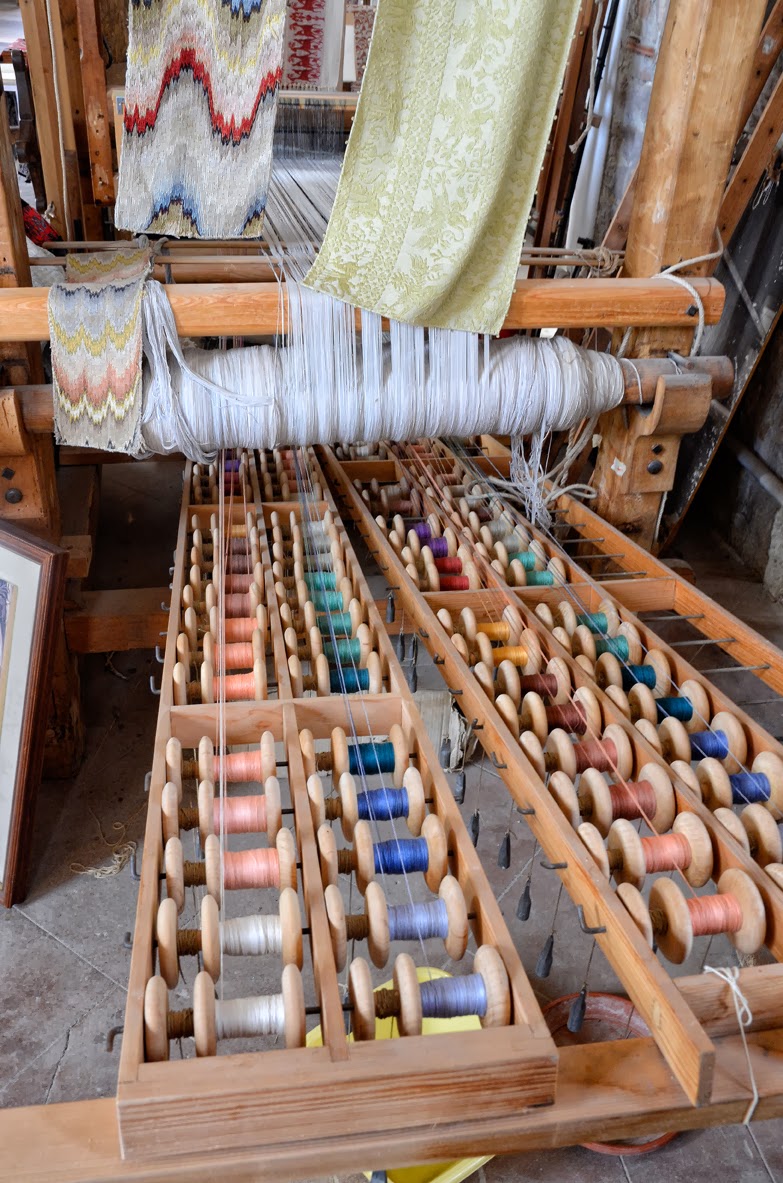 Some years ago Marta acquired a loom to do Florentine weaving after the last operator had died. She spent many years replacing broken parts of the loom and figuring out how it works. Its a very slow technique at about 18cm per day.


Marta says she has an expensive hobby as any profit goes into restoring the magnificent old church in which she works each day.
Posted by Dianne at 8:35 PM 2 comments:

I know, its been a while.  I have been busy catching up.  A shawl has been woven and sent off to Illinois.  Will post pictures when it has been received as the recipient wants it to be a surprise.

Follow this link to Pauanesia shop blog to see what else has kept me busy.  Very nice to be featured. 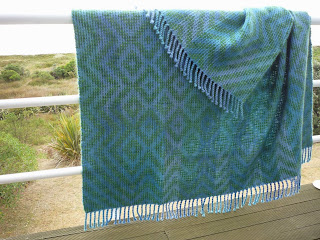 If you're thinking of Christmas shopping do support local shops, especially those who support and encourage local artists.  Pauanesia has a great online shop.
Posted by Dianne at 5:48 PM No comments: