How many ways to love these Midnight Bush Walk blankets.
In Pauanesia shop now. 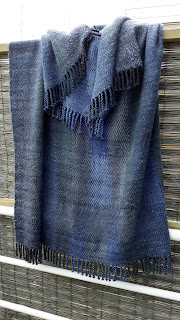 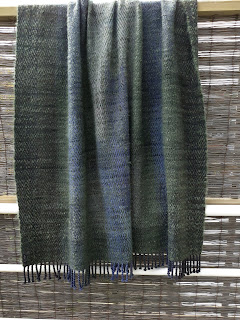 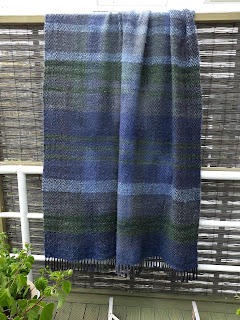 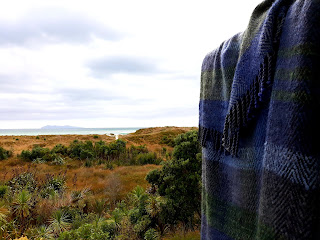 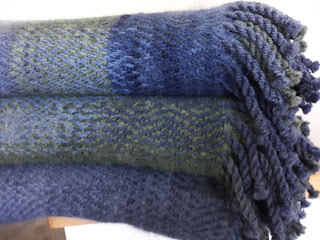 Well my thoughts of keeping up to date didn't even get off the ground.  Feel like I've been chasing my tail for months and finally starting to catch up.

I can't remember if some of these projects were recorded in the past so lets run through them.

I still think this is one of the best lace patterns I've come across.  It appears on Pinterest as either a jumper or a jacket but the charts as given need lengthening.  This is knitted in a wool/bamboo mix from Bendigo Wool Mill.  I'm going to enjoy wearing it in late autumn. 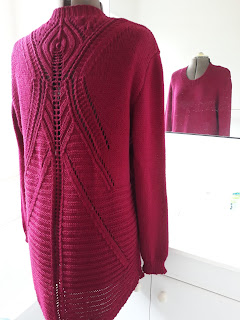 A cushion which ended up at Inspirit Gallery. 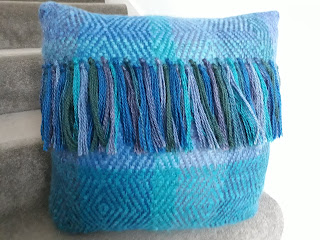 A run of three twill scarves (actually two scarves and a cowl) now being shown off at Waihi Beach Gallery. 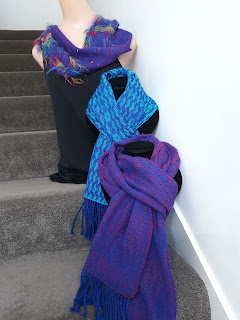 After all the excitement of having the grandchildren stay before Christmas and family staying for Christmas I took some time to play.
These name tapes are diversified plain weave and they work very well as hang tags on tea towels but, of course, take so long to weave they are totally impractical as a sale item.  The horizontal stripes are reed marks which will not wash out but effective anyway. 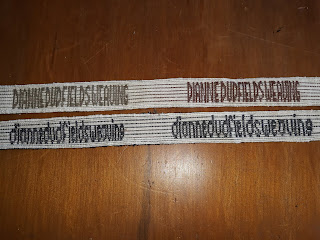 Then I had a play with Fiberworks software and created a turned echo with lots of transformations.  More to come on that in later posts. 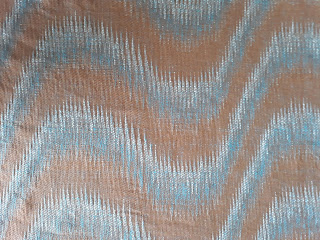 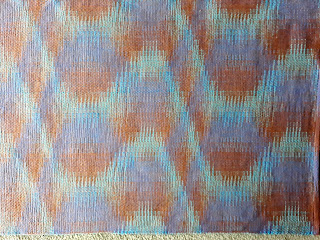 I was commissioned to weave a baby blanket in dusky pinks, white and wine tones.  Cabbie really doesn't want to give it up. 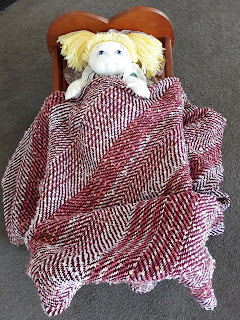 Visits from grandchildren include boogie boarding when the tides right and the other half of the day involves craft.  I had 10cm left to weave when they arrived for their second visit so to keep Miss 5 year old occupied I taught her to knot thread, thread the needle and sew on buttons but then I had to make it into a bag which I noticed she wore on the trip home. 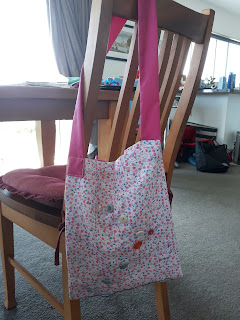 How did that picture of the wild life get there?  Seagulls after some food I'd thrown out. 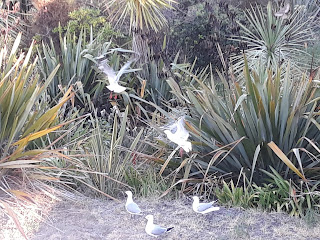 Puriri blanket commissioned by a friend for her step daughter.  Sometimes the colours really sing. 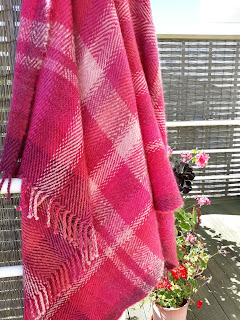 This Puriri one is in Pauanesia. 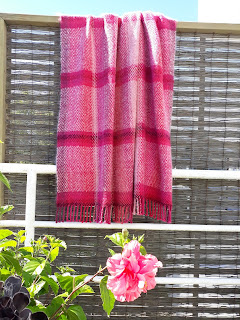 On top of all this I thought it a good idea to open my studio with a half price sale.  There's still quite a lot to choose from so if you've seen anything on here and wanted it inquire if its still available. You never know, you might be really lucky.  (No blankets though, I don't keep them here.) 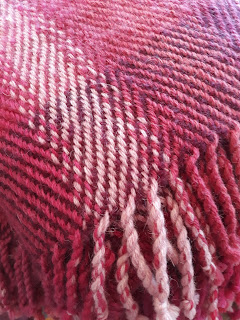 And that's a good step to being caught up.  There are all sorts of things coming up in the next couple of months to keep me away from the looms.  Hopefully I'll be able to share them as we go along.
Posted by Dianne at 4:22 PM 1 comment: