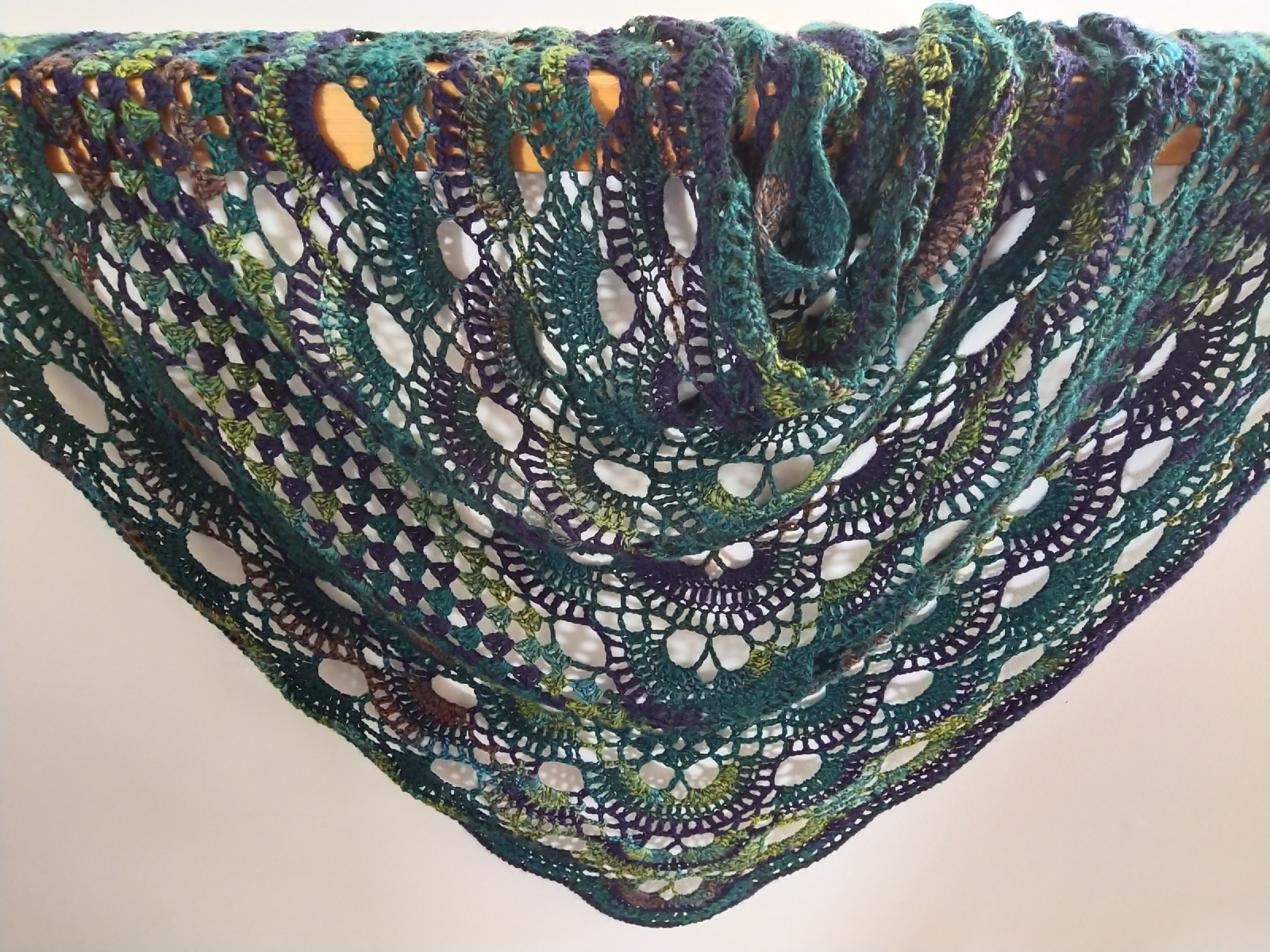 I started this crochet shawl mid 2021 but have been saving similar patterns on Pinterest for years.  I believe the pattern is Nova Shawl by Sara Kay Hartmann though it could be a French or a Russian one.
It is made from a handspun sliver from Anna Gratton Ltd called Everglade, 29 micron Corriedale plyed with a fine commercial Merino.  3.5 hook. 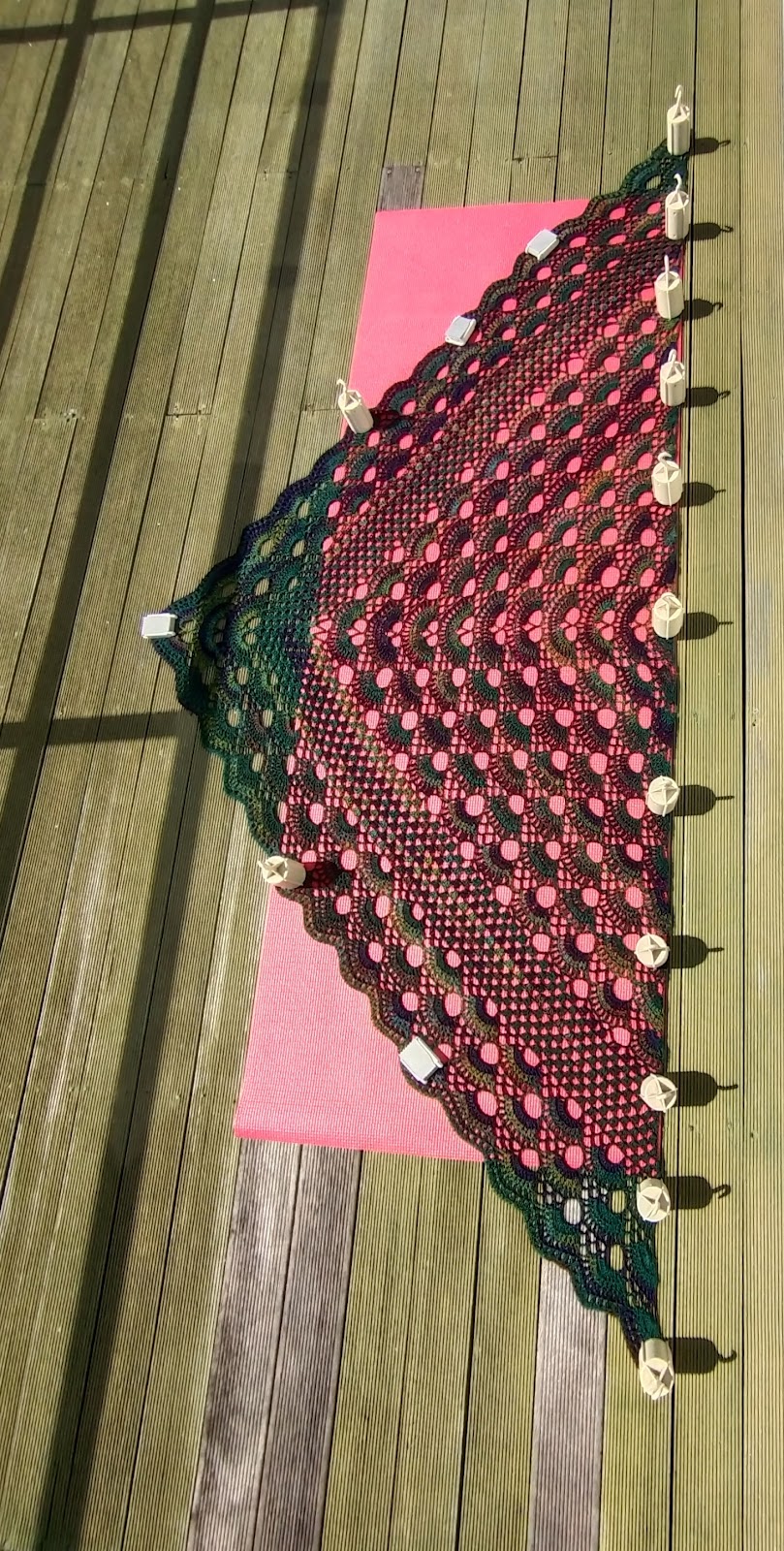 Making use of an under used Pilates mat and way under used knitting machine weights to block the wrap on our sunny deck.  I actually thought it was going to be too small and enquired of more sliver from Anna!  More coming soon but slightly different colours. 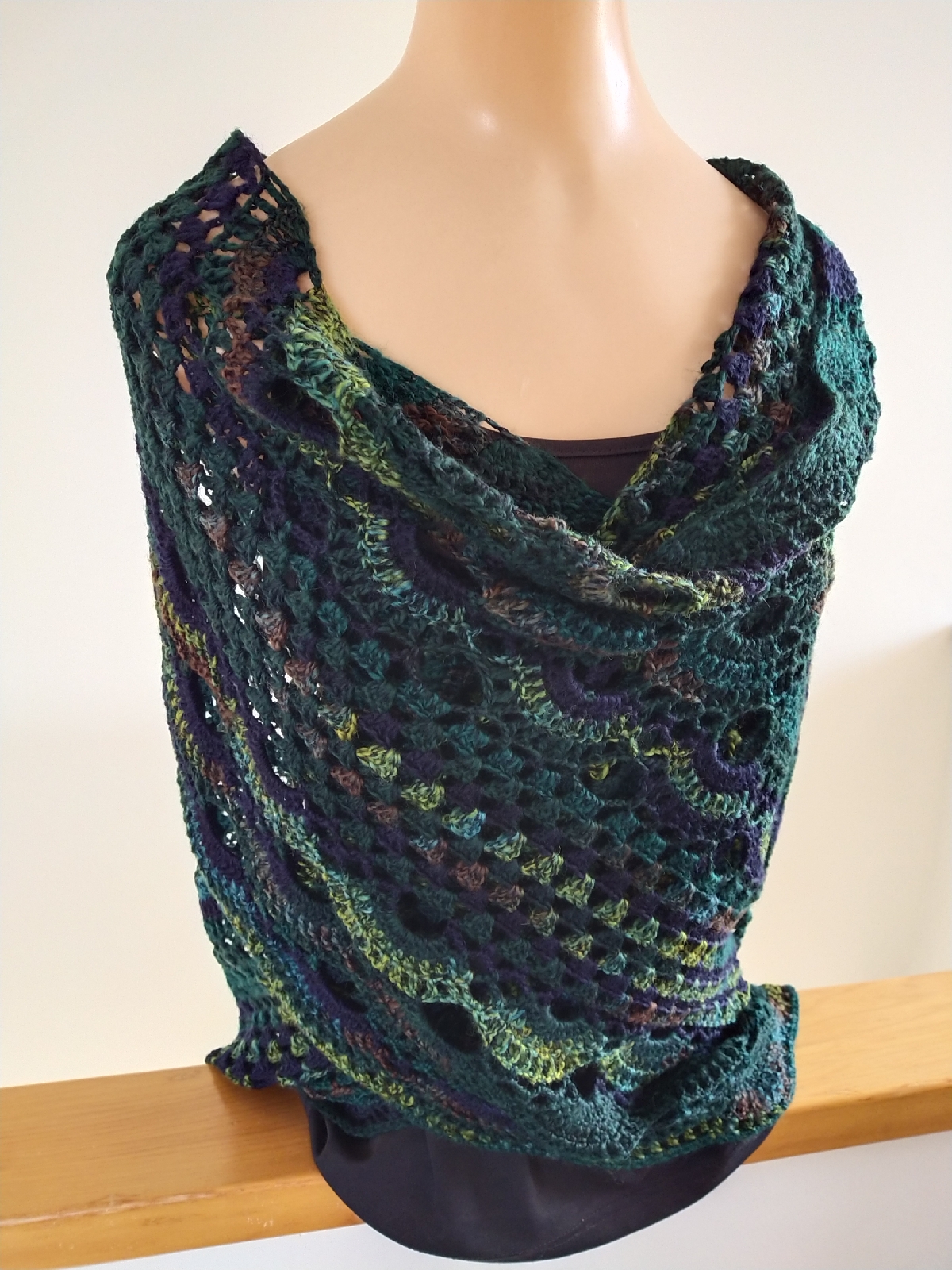 I spun the singles by breaking off 15-20cm pieces of sliver, spreading them out flattish so the colours were seperated then spinning on the fold. 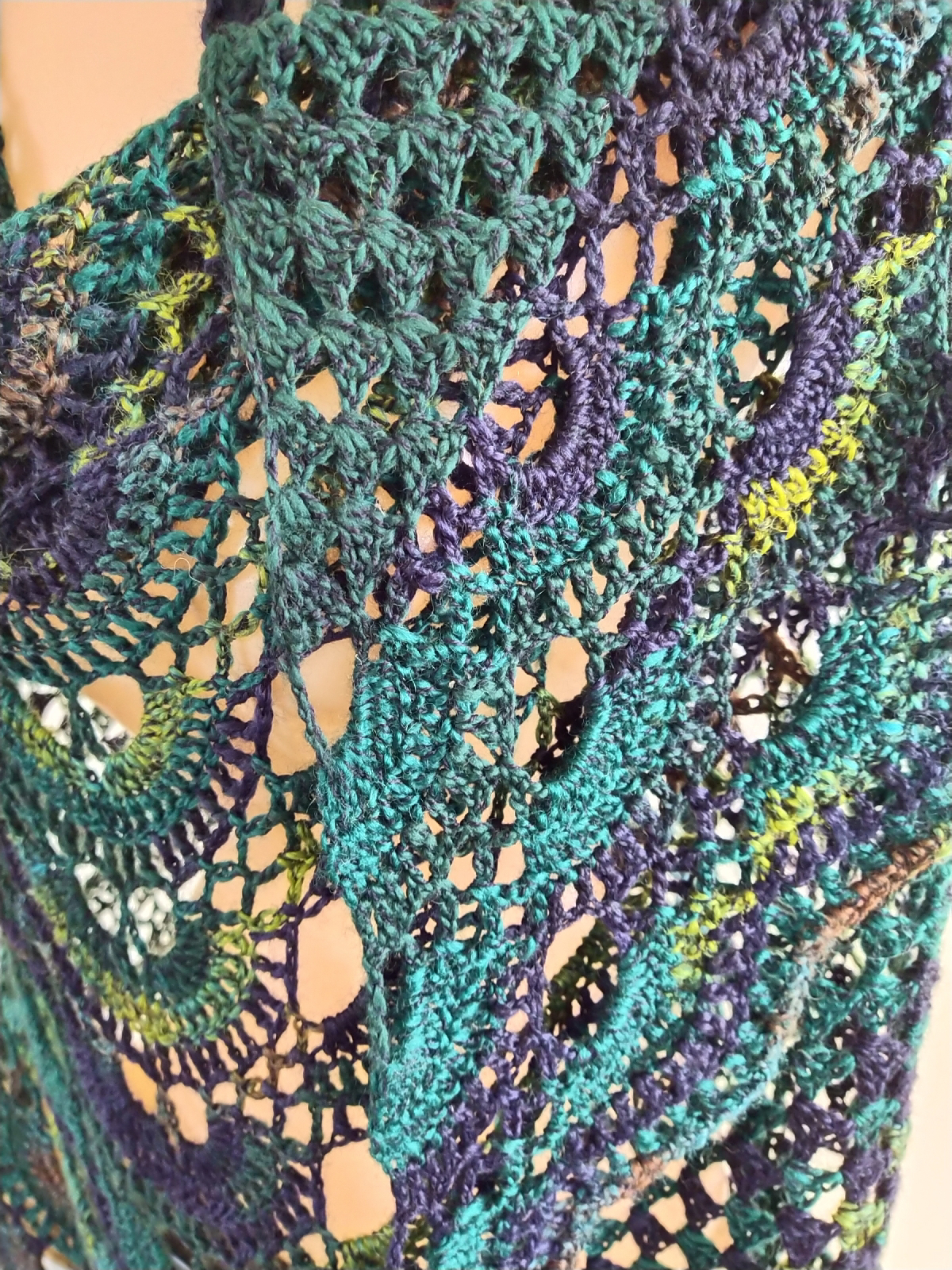 I wanted to break the rows of shell motif up by adding in the rows of treble blocks.  Therein I met a problem with the graphs available on Pinterest.  I finished the blocks but then couldn't get the shells to sit flat.  I think I undid it at least 5 times before realising the problem was with the blocks and not the shells.  I found a graph where one works the first row of pattern, the chains, and work the treble blocks into the chains.  This gave a lighter appearance as well.  Presto, it worked and I was inspired to finish it quickly. 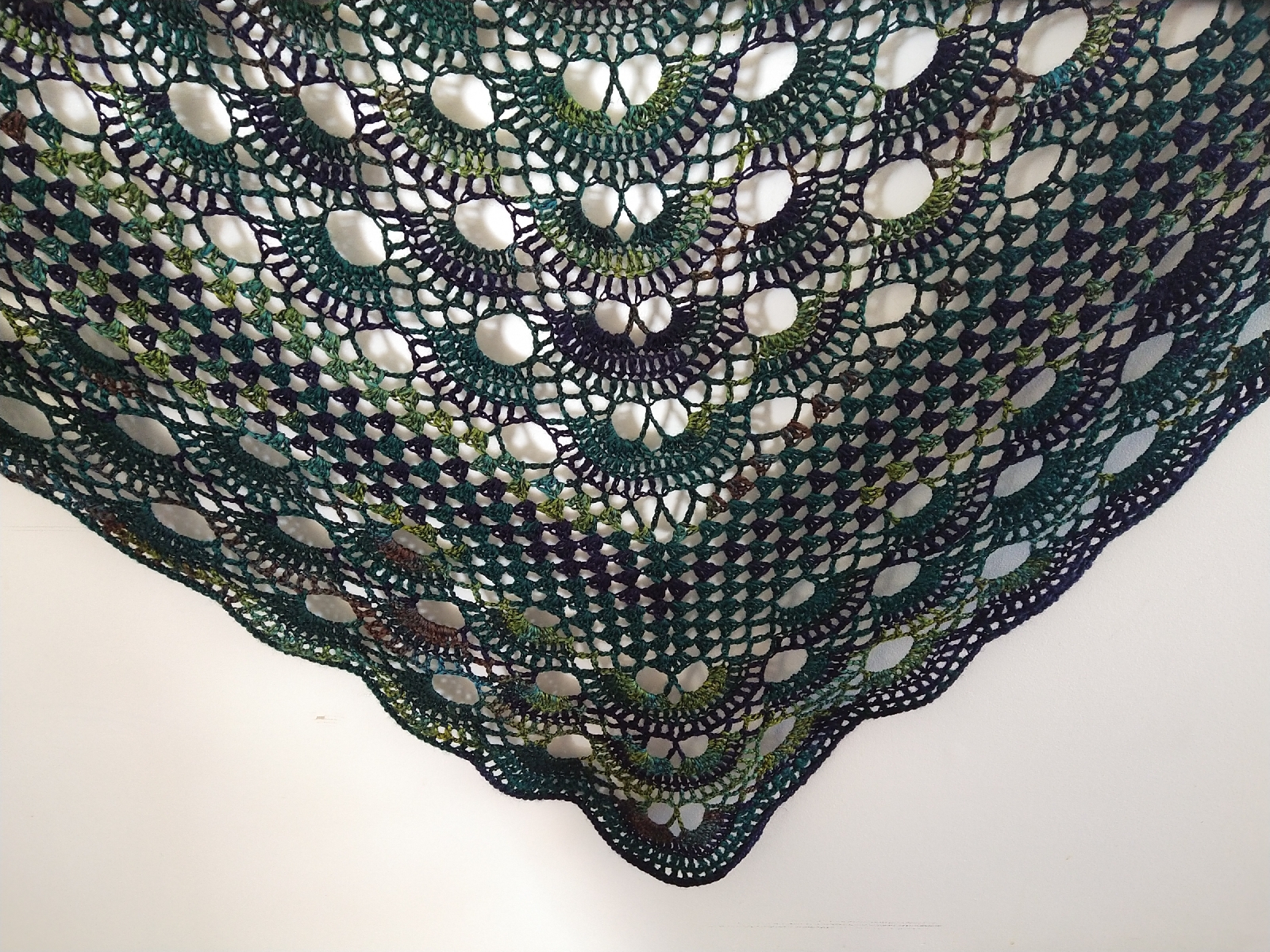