During the year a friend asked me to weave her some napkins/serviettes reflecting Tapa Cloth.  At the time I was playing with designing using techniques from the book Stubenitsky Code and the two came together perfectly.  The threading remains the same and the treadling is tromp as writ;  its just the tieup that changes.  There is a set of six of these available to purchase if anyone interested. 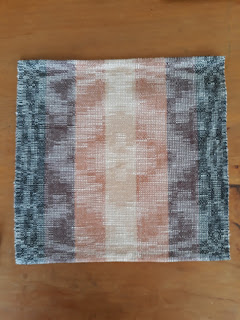 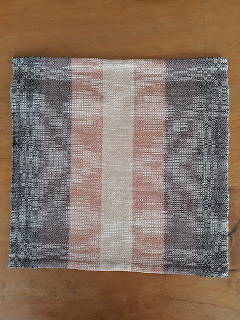 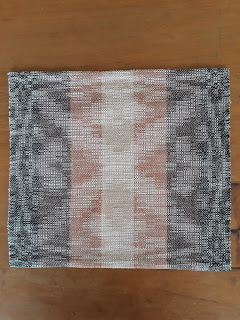 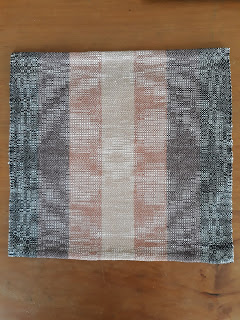 I was commissioned to weave a wrap reflecting the Puriri tree flowers which can vary from burgundy/wine shades to pale pink.  Not being very confident in using The Code I just dyed enough of a beautiful fine 74/2Tex merino which I had bought in Rome, Italy on a previous visit for one wrap.  I think its the only time in the many years I've been weaving I've woven just one piece on a warp - and do I regret it.  It is a devine garment. 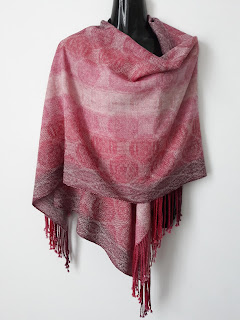 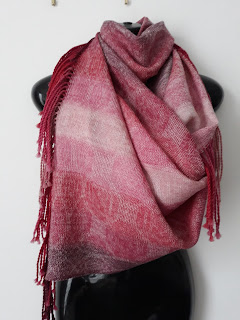 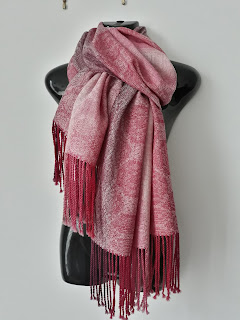 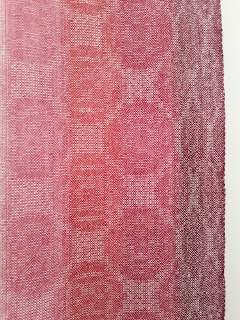 Some time ago many of us acquired some very fine cotton hanks from Agnes.  I love the structure and sheen as its wound but what a lot of work winding enough to use. 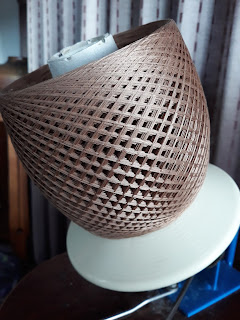 In the past months I have woven many metres of fabric for pillow slips.  I love sleeping on handwoven fabric and The Code makes a soft but dense fabric so ideal.  Some were made for gifting, some for an exhibition so you may see them in the future. 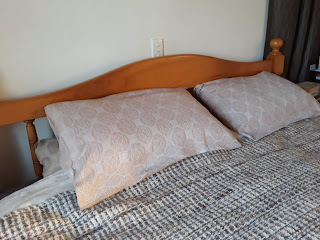 Another event which happened this year was a very quick course in Crochet Basics.
My physio/pilates instructor had been asking me to teach her for several years so we finally put it together as a workshop.  Now there are a bunch of happy hookas out there. 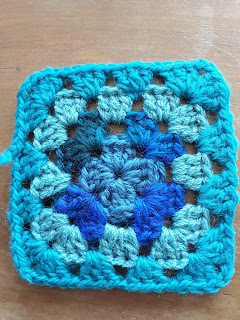 And through it all the waves kept rolling in and rolling out twice a day cause no one told them its been a hell of a year for some.
Wishing everyone the very Best Wishes and Good Health for 2021 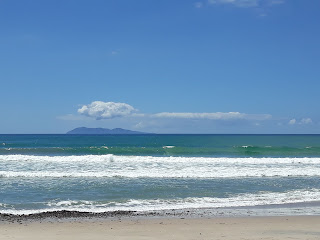