Some old, some new projects

There is nothing like a market to get one motivated to finish off some projects.  The Starburst mats are off the loom but difficult to get a decent picture. 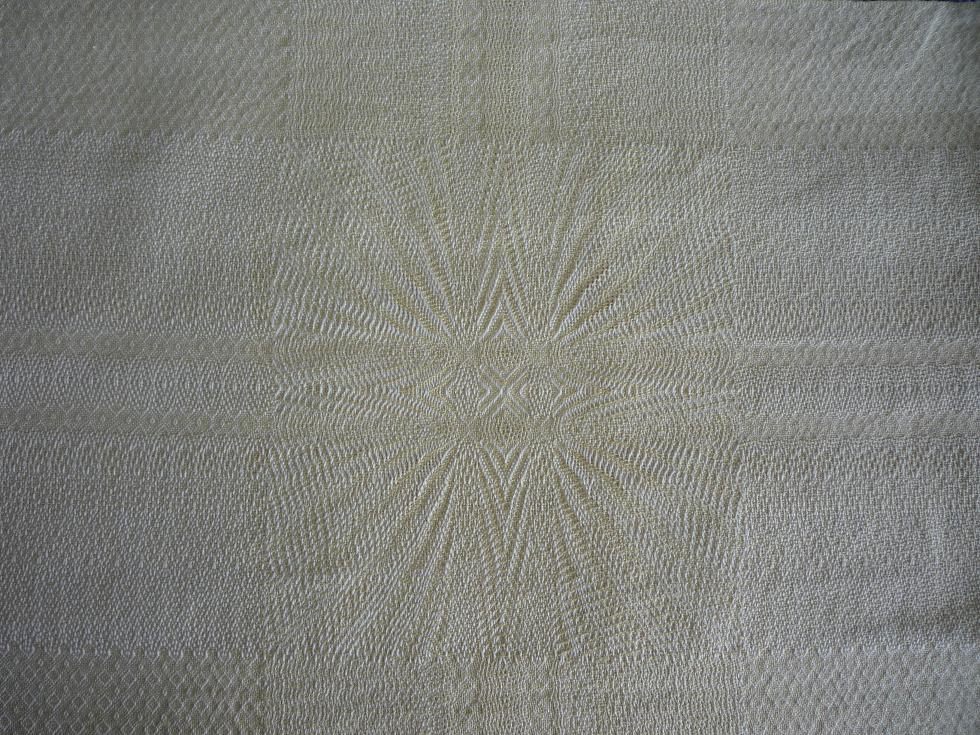 And ... look at all the different sizes.  Oh woh is me!  The three bigger ones were woven before Christmas with about a two week break before continuing.  What a difference the shoulder exercises are making (and no pain now).  The last (shortest) mat I tried using a heavy Mecchia end delivery shuttle as I had been having trouble getting tidy selvedges with a light weight side delivery shuttle even though a friend had put me on the correct track with the basket weave edge.  I'm blaming the extra weight of the shuttle for the firmer beat.  The mats are pinned ready to hem. 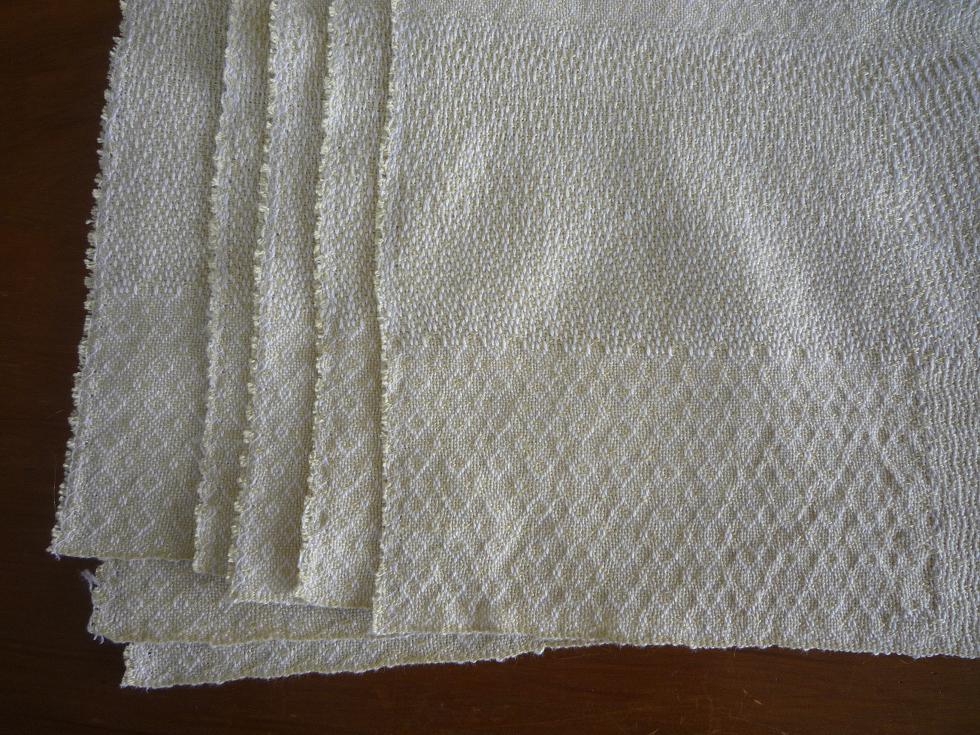 Yesterday I cut off two scarves, again in the Starburst pattern (below).  This is black Ramie (extruded from the nettle plant) and white cotton and it is stunning.  The second is a very wearable green cotton over the black ramie.  Both area drying over the deck railing at present - pictures later.

When I started playing with this pattern on my computer software I must have spent half a day adding this, deleting that but when I look at the drawdown from Weavers magazine Issue 13 1991 it looks so very similar I can't claim this as my own pattern.  Having said that, the background fabric in the magazine looks very twilly. 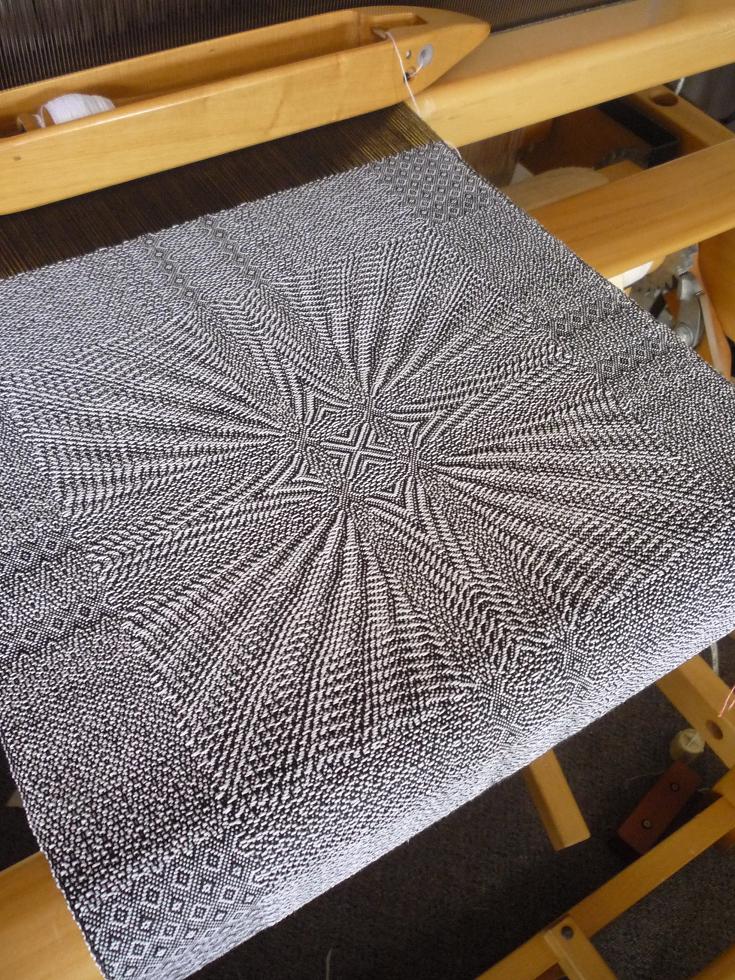 Another project in the finishing pile.  A shibori wrap with resist threads removed.  Yep it took a triple shot espresso to do the job.  It looks vastly different now but I've put it away for an exhibition so this is all you can see at the moment. 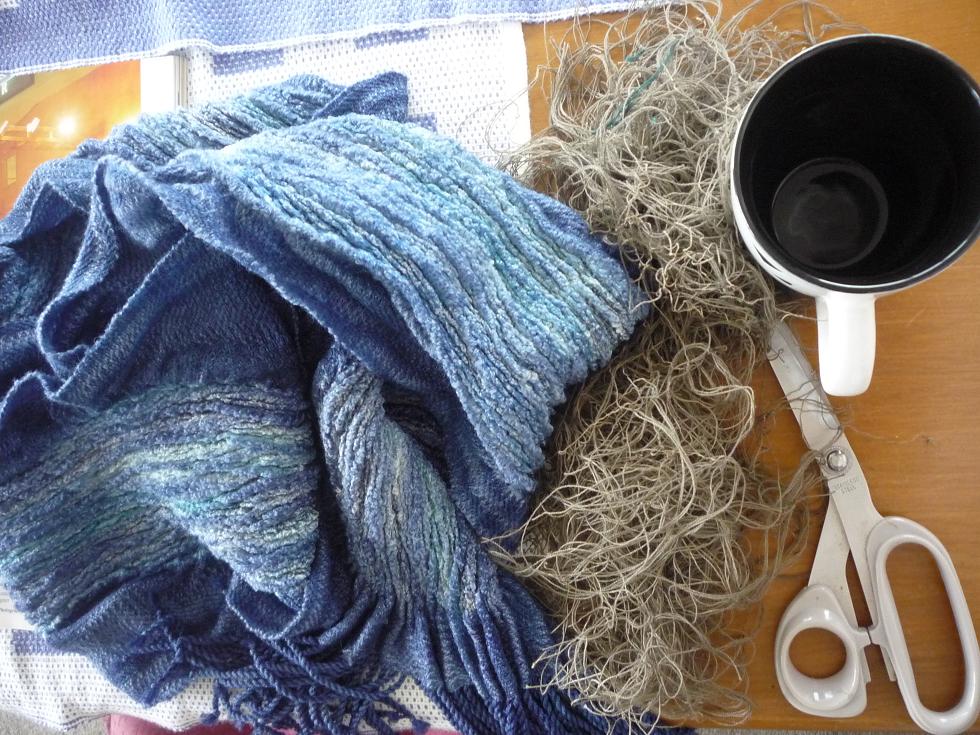 Remember way way back when I was playing with interleaved drafts looking for a bloppy image.  That's when this scarf was woven, blogged about July 5, 2011 and I see it was sett at 60 tpi with 20/2 cotton.  It does take me a while sometimes.  Now with the tassels twiddled it looks rather smashing I think.  I keep seeing poppies. 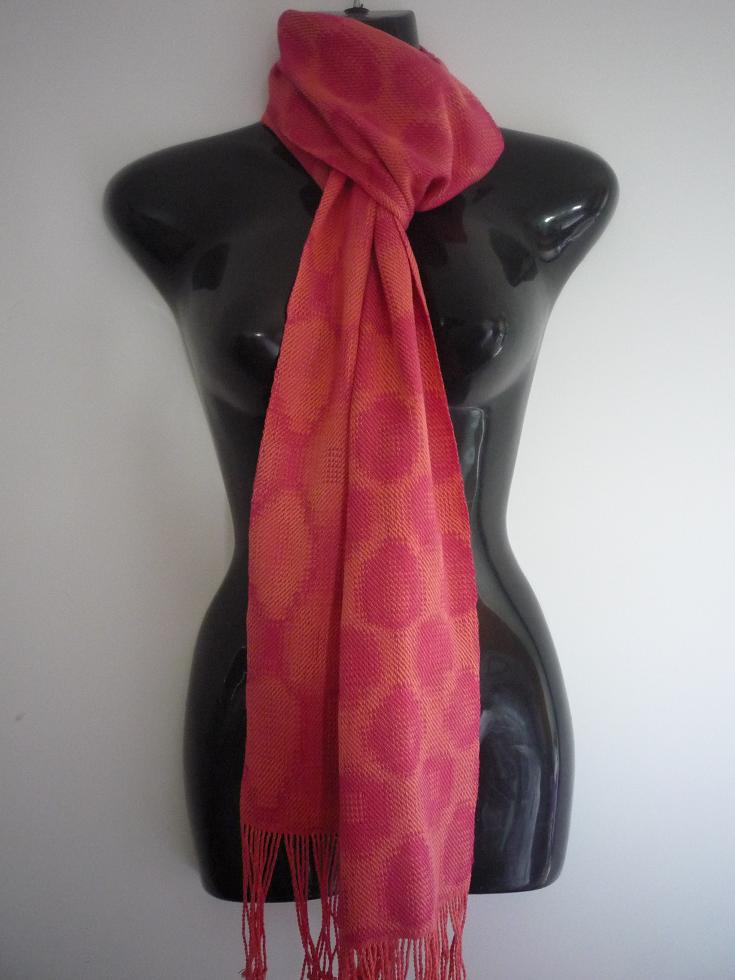 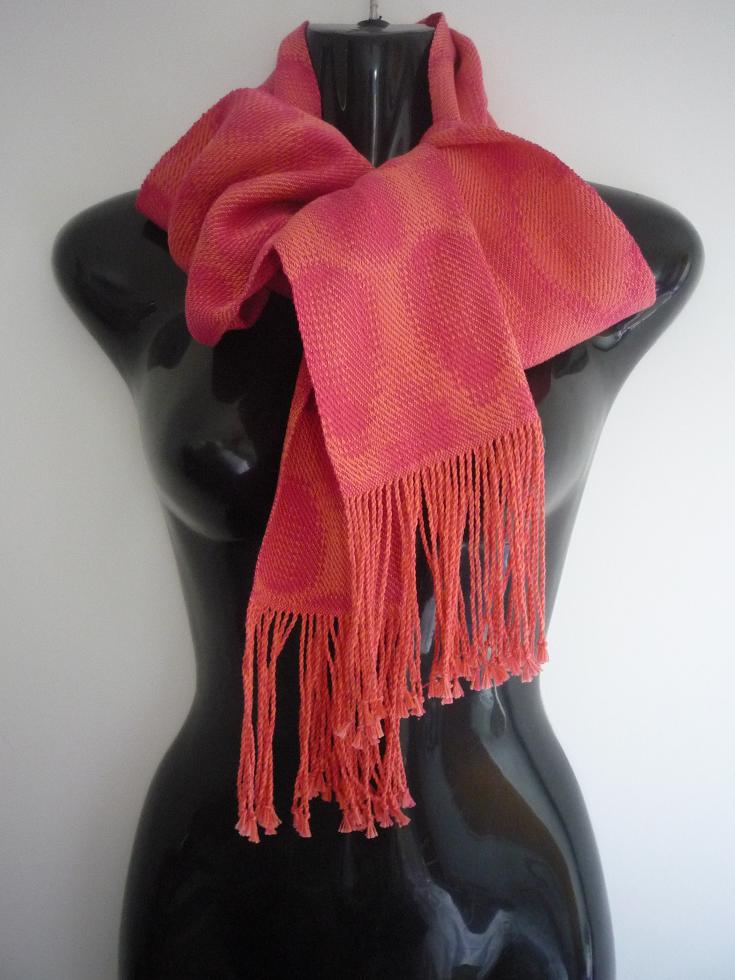